Interview: Mattia Guadagnini on Lommel and making the step up to MXGP 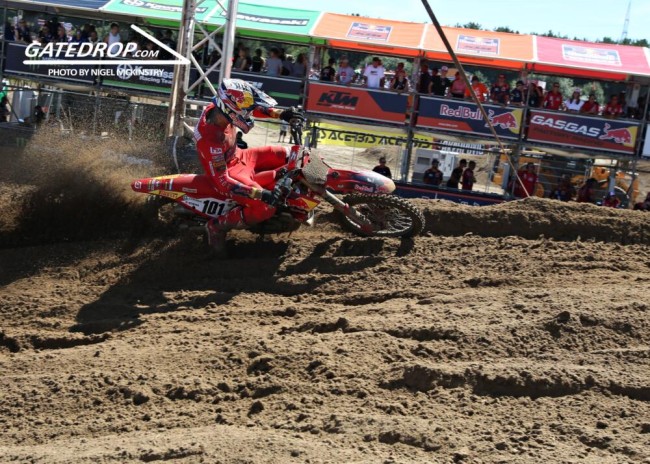 Young Italian talent, Mattia Guadagnini come into the season with high expectations for the MX2 World Championship but things didn’t go according to plan. After a difficult start to the season, Guadagnini and the de Carli GasGas team made the decision for him to make the move up to the MXGP World Championship. Since making the move, Guadagnini has been strong in MXGP and is learning lots riding with the best 450cc riders in the world.

We caught up with Guadagnini to discuss his weekend, the move up to MXGP and more.

GateDrop: Mattia, a brutal day here at Lommel. Can you talk me though your races?

Guadagnini: The first race was a good one. I haven’t had so much time to train on the sand with the 450cc still but I am feeling pretty good. In the first moto I had a pretty good start and took the rhythm from the guys in front. I didn’t want to take too much risk – I think I could do better but the most important was to take the rhythm and not make mistakes. That is what I did and two guys crashed in front of me but I wasn’t quite close enough to take them so I finished eighth which I think is really good for here in Lommel for the first time on a 450cc. The guys in front of me have much more experience than me so I was really happy with the first race.

In the second moto I think I took a better start but then I got together with other riders in the first corner so I lost a lot of time. I passed many riders on the first lap and I think I passed like ten guys. I got together with Paturel who jumped on my side and it was just a small mistake but we got together. I went down with him and then had to start from last again. I did what I could, to be honest I was not so happy with the second race. I couldn’t find the rhythm again after the crash so I was doing a half lap good and then a half lap with mistakes. I could still pass some riders and finished sixteenth for twelfth overall. I think I could do a little bit better in the second moto so it is a little bit frustrating but it’s okay for the first time here on the 450cc so I can still be happy with it. I just need some more experience for the future.

GateDrop: What was your thoughts on the track changes – looking at the track when we got here on Friday it looked unrecognizable and it was so brutal. Could you enjoy riding around that track?

Guadagnini: (laughs) yeah, it was really really difficult. They changed the track and to be honest and in that second race, with so many bumps you can’t really tell the difference. You just jump and hit so many bumps you don’t really focus on how it is. It is a little bit different with the start and first corner but I haven’t spent much time riding here this year so for it was the same whether it was a new track or not. It was pretty good, I saw the race here a few years ago and it was so amazing to watch the race to see they can do. Now I am here also in the MXGP class so I can be proud about this and I am going to learn from it and hope to do better and better in the next few years.

Guadagnini: It was a little bit strange. The goal was to go for the championship after finishing fourth last year and winning some GP’s. The goal was to be ready to fight at least to be on the podium but also last year the first race was really bad. I think I just needed a little bit of time but I made mistakes, I’d have one good race but then the other race would be bad. It was a little bit frustrating and losing a bit of motivation. It was difficult to still try and be there so we took the opportunity to change class. I was planning on going to MXGP next year anyway so we made the decision to move up early to be more ready for next year. I think it was the right choice at that moment – if I was in the top five I’d have stayed there but I think it was the right thing to do. 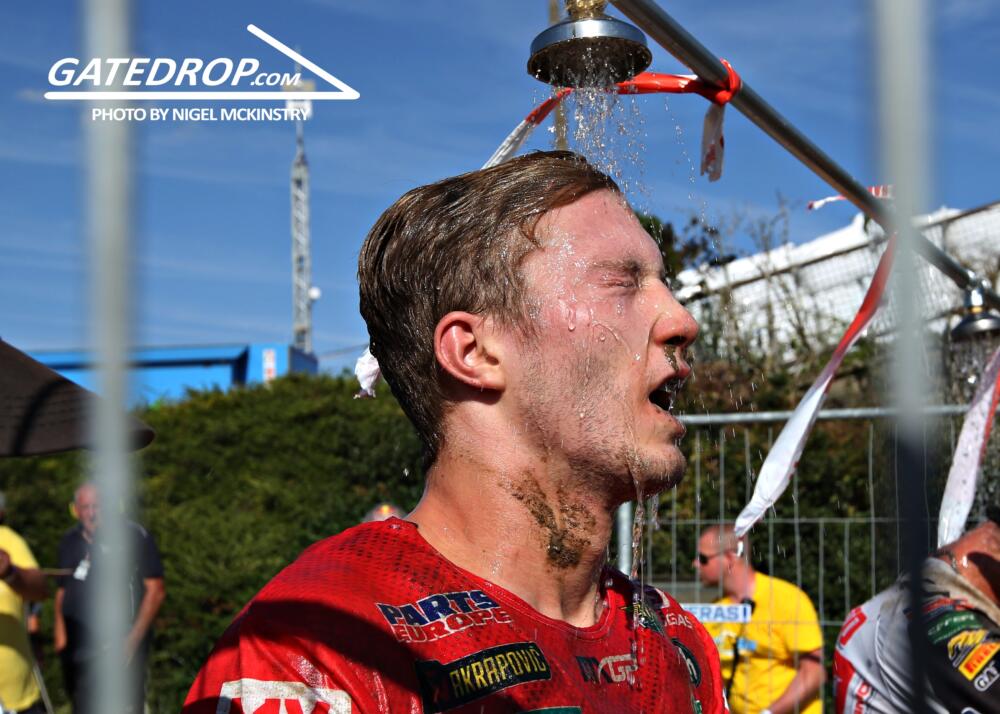 GateDrop: Just looking to the future, it sounds like you won’t but if at the end of the season you hop on a 250cc again and feel good, would you consider racing the MX2 World Championship next year again? You could perhaps challenge for that title and MXGP you have maybe ten years in the class…

Guadagnini: For sure, it is going to be a long one because I’m 20 years old so I could stay three more years in MX2 and it would be nice to try again but like this, it wouldn’t make sense to do. Right now, I feel good on the 450cc and have some good experience in the class. I’m not sure it would be the right thing to do and right now I am really happy with the 450cc and feeling better every time I ride the bike, it feels more like my bike. With my weight it was difficult for me in MX2 to get good starts, the one reason would be to try again for the title but I don’t think it would be the right thing for the future. For one year maybe yes but for the future I think it’s better to keep going like this and I am really positive because I feel good.

GateDrop: In MXGP you have been quite consistent finishing 7-10. What do you think you need to improve to close the gap to the top 5-6 – just more experience and bike time?

Guadagnini: For sure, the guys at the front have more experience for me (laughs). I think also it’s not impossible. The start is really important is here and they’re all so fast but if you can start with them you can take their rhythm so I need to focus on the start and the first few laps. Race by race then I think it is possible to be in the top five. We still have some GP’s so that is the goal to be a little bit more in front. I will keep trying and focus for next year to be there.

GateDrop: It’s hard to believe how fast the season is going – it feels like Matterley Basin wasn’t that long ago! The MXoN is coming up at RedBud and you’ll want to get picked for that – would you ride a 250cc or only go if you can ride a 450cc?

Guadagnini: It would be really really nice to go there because of course last year we won. I am really looking forward and hope Team Italy will go for me. I’ve never been to the States before so that would be cool. I hope I have the chance to be there and for the nice experience. Still I don’t know if it would be the right choice to be back on the 250cc but I think it would make more sense to do for just one race. We just need to wait a little bit to see what they will decide and do but if they want me to be there, I will be there also on the 250cc no problem. I think for the open class it would be okay.