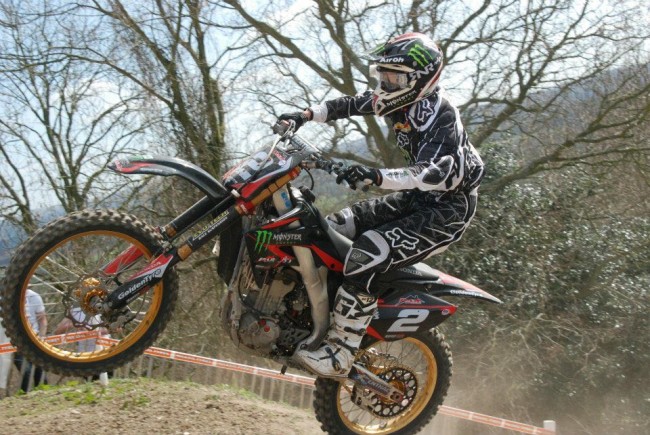 If we go back ten years ago one rider that looked to have a really bright career ahead of them was Luke Hawkins. The young Brit was with a top team in the PAR Honda team as they spotted his talent from an early age. In 2010, Hawkins was racing the EMX2 series as it was known back than and finished fifth in the championship racing against some big talents.

Unfortunately for Hawkins injury have played the part and because of that we never really saw him fulfil the potential he once had but he still has some good results at the British Championship races he contested throughout the years.

We caught up with Hawkins to discuss his career and much more.

Gatedrop: What age were you when you first got on a bike and what was your first race?

Hawkins: My dad got me a PW80 at 3, he used to sit on the back or balance me holding a bit of rope behind me.

Gatedrop: What age were you when you realised you were good and had a chance of making it in the sport?

Hawkins: When I got onto a 65cc and I won the British Youth Championship, it was BYMX then. I was racing Max Anstie and Jack Rowe back then, but I think I knew I had chance at doing something when I started doing good the next year on the 85cc with PAR Honda

Gatedrop: You got signed up by PAR Honda at a young age, a team who were good at spotting talent. What was it like being part of the team’s setup?

Hawkins: Yeah, for me that was really good. I spent 5 years there, I got on with the team and Paul Rowlands really good. They took me from the 85cc up into the pro class, I had some real good teammates, we all got on well and had some fun. I wish I had the experience I got now and with the setup as I was pretty young when I was there. 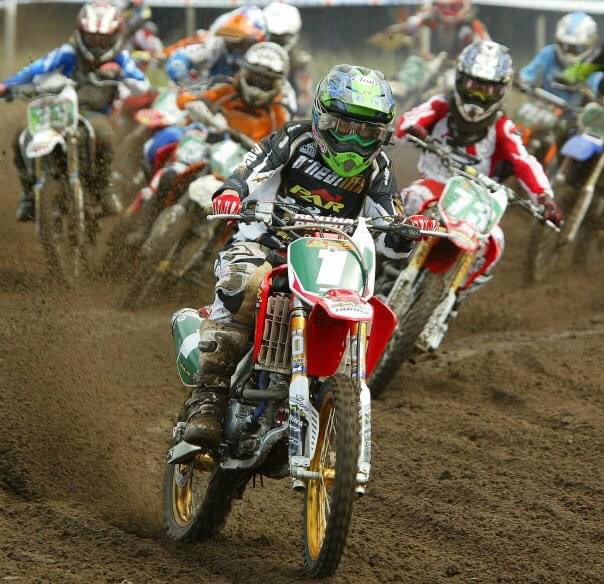 Gatedrop: You had a really good youth career, what stands out the most when you look back?

Hawkins: I think it was in 2003 when I won the British Youth Championship, I got selected to go and compete the world youth race in Bulgaria so we flew out with the bike spilt into 2 suitcases. I qualified first on the Saturday and then on Sunday I won the first race and I was 3rd in second race but I tucked the front at the bottom of one of the hills and Max Anstie was behind me he hit me I remember. I carried on a few laps but my wrist was hurting real bad so had I had a DNF, which if I could have finished 3rd that would have made me 65cc world champion I think, it would been cool.

Gatedrop: In 2010, you raced the EMX250 championship, just what was it like racing in different countries and different kind of tracks? That was your first experience of it..

Hawkins:  I loved it, Paul from PAR Honda gave me the opportunity. It was only my second year on a 250cc and first year in the Maxxis British Championship. I was only 16 so he got a mechanic and we went for it! It was an amazing experience every track I raced I had never been to before so that was cool.

Gatedrop: You finished fifth in the Championship that year, where you happy with that? There were some very fast riders in the class – how would you describe the level that year?

Hawkins: Yeah 2010 was a good year for me getting 5th in EMX250. I remember turning up to the first round in Portugal, I didn’t have a clue who anyone was! I went out and won the qualifying race, I was pumped (laughs) but I think the level was still very high it just didn’t have the coverage of what it has now a days.

Gatedrop: You beat Julien Lieber quite a lot that year and he was a competitive MXGP rider before he recently retired, when you seen him race, did you ever think, what could have been?

Hawkins: Yeah, I had some good races with Lieber, also Valentin Guillod. Yeah, I have thought about that (laughs). I guess they just progressed better.

Gatedrop: After that year we never really seen you in the European/GP scene again, why was that?

Hawkins:  Yeah, so the EMX250 season was 2010, then I had a really good winter and was feeling good to give the British a good go in 2011. I had 4th overall at the first round of the Maxxis then 2 weeks later was Hawkstone International which again I was running good in MX2. Then I caught my foot pegs in a rut on a jump and sent me over the bars, I ended up breaking my back, lacerating my kidney and bruising my spleen. I was really gutted as things were looking really good at the start of that year. So, that was 2011 done and it took me a good year to get back right from that.

Gatedrop: You had some good results in the British Championship, what races/memories stand out the most?

Hawkins: I think in 2013, my first year on the 450cc, I had 4th at the last round at Farleigh Castle. It’s like 10 minutes from my house so I had a lot of people I knew there, I remember holeshoting the first race and leading for a bit and seeing people hanging over the fence, I was buzzing to get 4th. Another memory was getting 3rd in the main solo race at Weston Beach race at 16, my first year in the big class.

Gatedrop: You moved up to the MX1 class quite early I remember, why did you make that decision?

Hawkins: Yeah, in 2012 the year after breaking my back, I was still struggling. I was riding for Hooper Suzuki in MX2 and it wasn’t working out so I left there half way through the season then went and bought a 350cc KTM to just have a bit of fun on. I done a couple of races and got on really good. Then at the end of that year Barry from Phoenix Tools offered me a deal for the year after on a 450 and I got on with it really good. 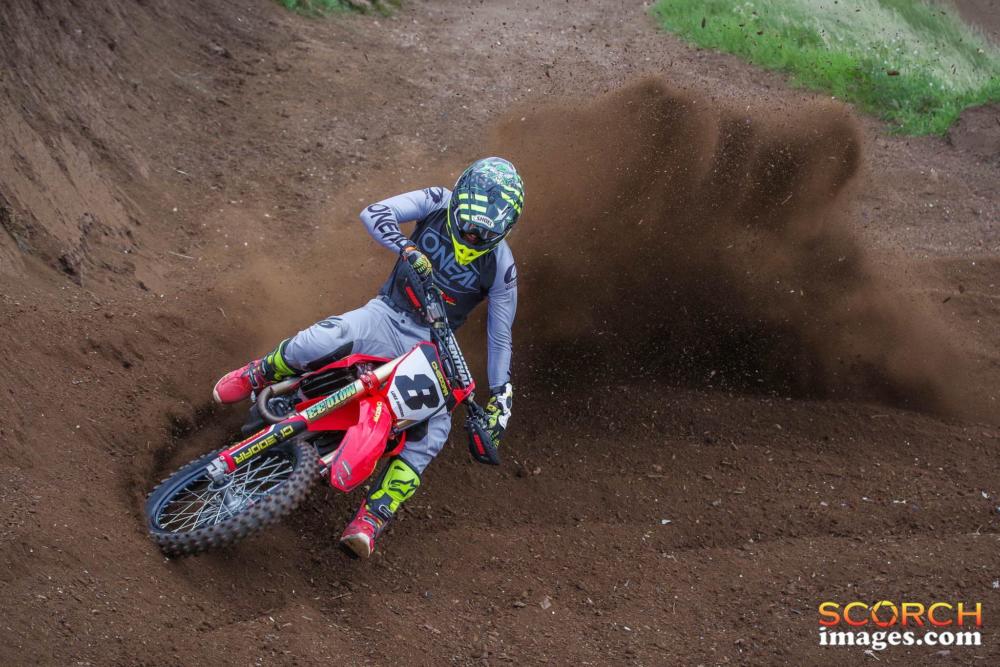 Gatedrop: Have you got any regrets or anything you’d do different when you look back at your career?

Hawkins: Nah, I don’t think I have any regrets, the injuries came at bad times for me. 2011 when I was riding good and also in 2015 when I was riding good. I had Swordy working with me which was a big help and was around top 5 in the Maxxis MX1 class but then mid season I got sent over the bars from a braking bump dislocating my wrist badly. That was my professional career over really, I still struggle with it till this day. The only thing I’d do different again is have someone like Swordy who has the experience on and off the bike to show you what you need to be doing in the week and weekends.

Gatedrop: For any young riders, what would your advice be in order to give them the best chance at succeeding in the sport?

Hawkins: That hard work pays off. It’s not an easy sport but to be best you can, you need to prepare the best you can.

Gatedrop: You still race for fun I believe and you did one round of the British Championship last year, what’s your plans for the future?

Hawkins: The guys at Cheddar MX Store have helped me out so much helping with a bike, gear and everything. I got a bike to just have a bit of fun and started enjoying it a lot more again and riding well. I was leading the south west championship then Reagen from Cheddar Store said get in for Foxhill so I thought it’s local – lets go have a bit of fun. I ended up 11th overall which I was happy with, only 1 point from the top 10. There’s not really any plans for future, I just want to enjoy my riding, there’s no pressure and I can do what I want.