Interview: Alexander Brown reflects on his Motocross career and having to stop racing professionally 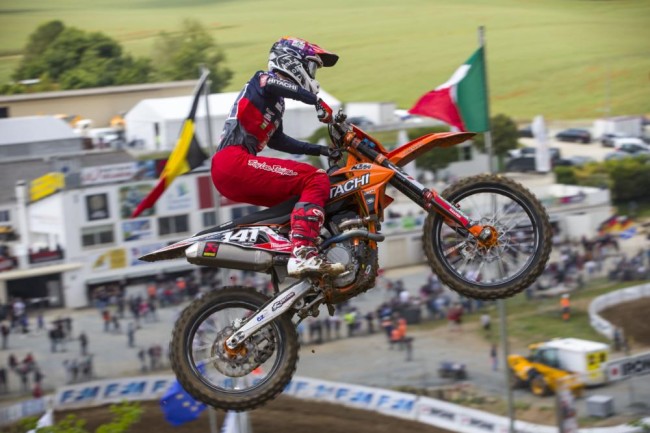 Young Alexander Brown was tipped as the next big thing emerging from Scotland but unfortunately had to stop racing professionally due to injury and other health issues. Brown is still involved with the sport as he clearly loves it and he’s got a role with the Hitachi KTM fuelled by Milwaukee team so he’s still a familiar face in the paddock.

We decided to catch up with Brown to reflect on his promising Motocross career.

Gatedrop: What age were you when you first got on a bike and what was your first race?

Brown: I got my first bike at 2 and rode a little while before I had a pretty big crash into a wall (laughs) then one day asked dad to race. My first race was up at a track in the north of Scotland called Ardersier. No idea where I finished though.

Gatedrop: What age were you when you realised you were good and had a chance of making it in the sport?

Brown: As a kid I always wanted to make it but in 2011 when I raced the British championship and raced the world juniors, I realised it was possible. Then for the next 3 years after that I had injuries after injuries, so I got set back on my progress.

Gatedrop: Being from Scotland, was it difficult coming from there and trying to make it?

Brown: Yeah, it was hard there isn’t so many fast guys at the track to push with and the tracks don’t get very rough. Also, not having a mechanic to push me was hard as I was always racing myself but I wouldn’t change that.

Gatedrop: You were pretty much a privateer your whole career, how tough was that?

Brown: Yeah basically, it was hard trying to train, ride and do my bikes with just myself and my dad then not having a mechanic to push me on week days was very hard like I said before. I was always racing myself, no times or anything to push myself too but it made the good results feel better. 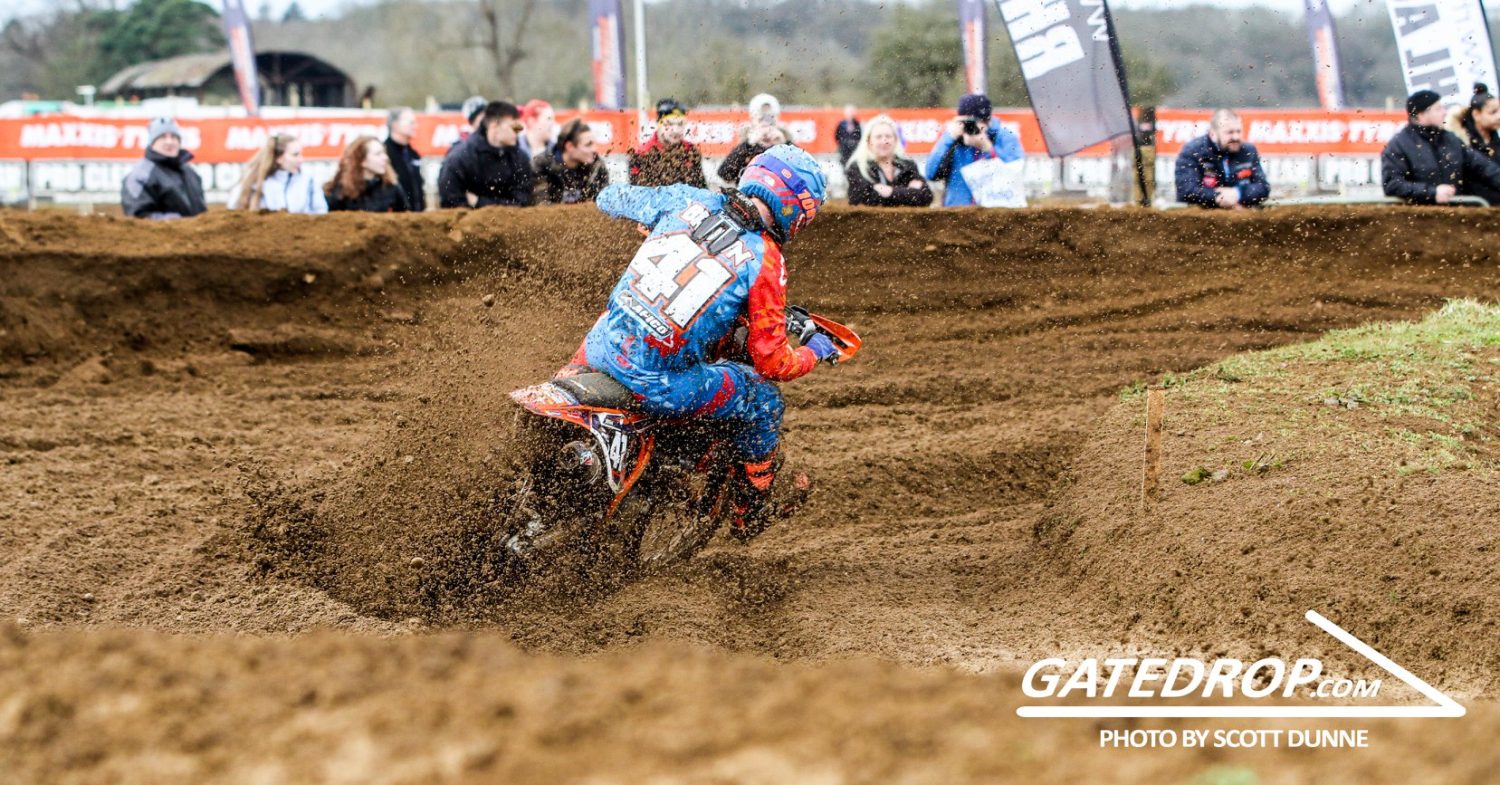 Gatedrop: Then when the injury came, how devastating was that? You wait your entire career and then just like that, it’s gone thanks to injury..

Brown: Absolutely gutting, but the thing keeping me motivated was I had got there so I could get there again so straight after my operation I started the hard work and graft in the gym building my shoulder back up then started full training in the gym again. I managed to sort a nice deal for 2020 then to go see the doctor for a check up then for him to say he strongly advises not to race that sh*t killed me, everything left my body I was no longer a racer.

Gatedrop: Being forced to step away from the sport – I imagine you didn’t take that lightly and I’m sure you miss riding?

Brown: It’s hard, it was hard and it always will be hard. Everyday I wake up I think about racing and every night lying in bed I think about racing, every single day it eats away at me that I no longer can race. People don’t see it but it kills me watching, it’s the worst torture anyone could give me but I want to be in the sport to help other people. I miss riding and I haven’t ridden a bike since May last year. 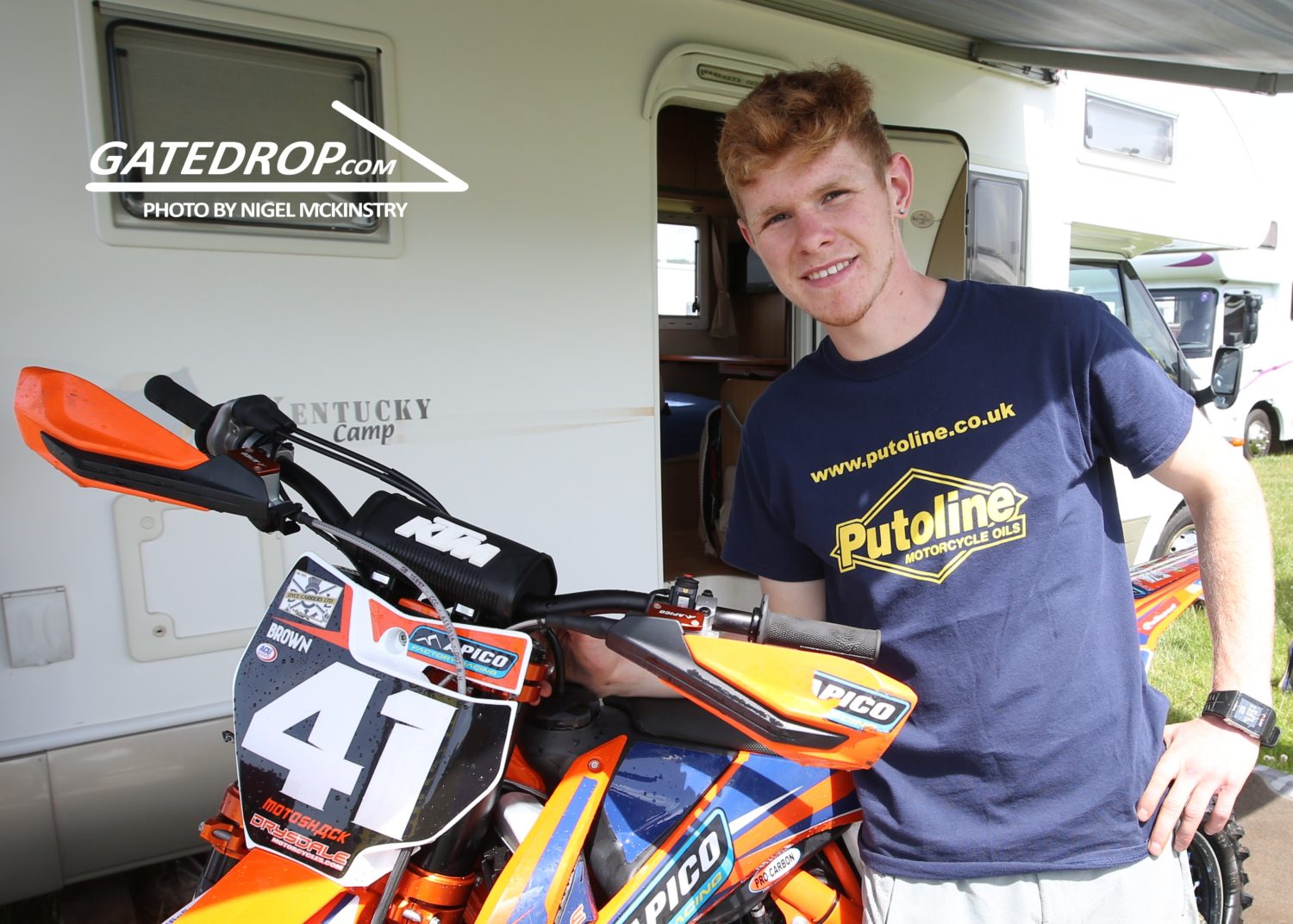 Gatedrop: Looking back at your career, what races stand out for you and why?

Brown: Man there’s loads of races that stand out for me but one that will live with me forever will have to be Portugal World Championship race 2. Just because no one really expected that from me with not practicing. I had a load of nice messages then you read some comments and people just saying I wasn’t good enough and things but that stuff motivates me so I don’t mind at all.

Gatedrop: Have you any funny stories that you’ll always remember?

Brown: I’ve loads of funny stories, just can’t seem to think of any appropriate to place here (laughs). One I’ll remember for a long time was in Spain with Ross Rutherford and a load of Scottish guys. Myself and Ross were playing cat and mouse during the moto’s he caught me up and dived down the inside so I gave him a little love tap. The next corner he came in super hard and put me down. It makes me laugh every time. Also, Portugal was pretty funny I was in the qualifying race and I just wanted a good name for myself so I was putting everything on the line, I was actually passing quite a few guys then grabbed a handful of throttle going up a jump out a corner and literally done a 180. No one really understands how I walked away from it (laughs). Like I said though, I was just there to make a good name for myself, hoping to open a deal for 2020 but that came crashing down unfortunately.