Interview: Lorenzo Locurcio on his opportunity with BUD Racing and his EMX250 debut 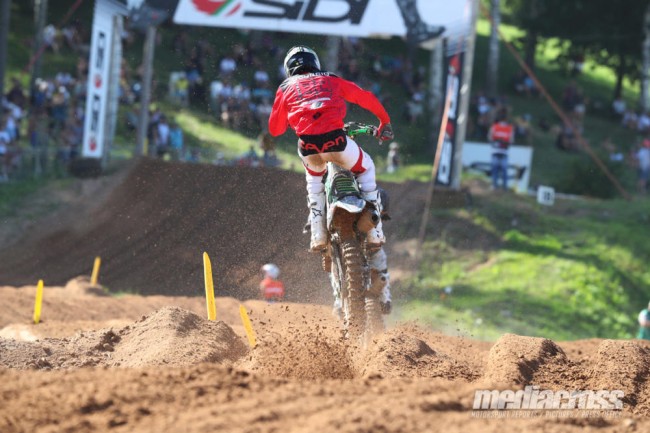 After Mitchell Harrison parted ways with the BUD Racing Kawasaki team after securing a deal with the Pro Circuit Kawasaki team in America, the team were on the look out for a replacement rider. BUD decided to look to the AMA paddock and came to an agreement with Lorenzo Locurcio from Venezuela.

Locurcio had actually signed with the team last year but had a passport issue which meant he couldn’t gain entry to Europe – thankfully that was all in hand this year though and Locurcio has already raced the French Championship as well as a round of the EMX250 championship with his new team.

We decided to catch up with Locurcio to discuss how the deal came about and his first few races with the team.

Gatedrop: Lorenzo, first of all let’s start with the new deal you’ve landed with BUD Racing to ride the EMX250 series. How did the deal all come about?

Locurcio: It honestly came about very last minute, last year I was supposed to ride for the team but I had some issues getting my passport renewed in time so that didn’t finalise, however me and Stephane always got along great so this year I didn’t have anything after Supercross and I wanted to give Europe a shot. I asked if he knew anyone looking for a rider and he reached back saying he had a spot for me so we finalized everything and hopped on the plane and got to France a few days later.

Gatedrop: I believe you were in America just a few weeks ago, did you have any issues travelling to Europe or was it all in hand?

Locurcio: Yes I was in America. Luckily for me I also have a Spanish nationality so after last years issues I got my European passport, so I had no issue at all

Gatedrop: You are the replacement rider for Mitchell Harrison in the team but racing EMX250 – what’s the reason for that and how come you aren’t racing the MX2 World Championship?

Locurcio: Honestly when we spoke it was always for the EMX250 series so I’m contracted to do EMX. However, I’m almost positive I will do selected rounds of the GP’s when it doesn’t interfere with the European championship.

Gatedrop: You made your debut with the team at the French Championship and you got on the podium. How did that weekend go for you? I believe the track was a very rough deep sand track, how did you find that?

Locurcio: It was crazy honestly, I just arrived from the US and got thrown into Magescq luckily the team owns that track so I got to ride two days before the race and let me tell you it was the toughest track I’ve ridden. Luckily we have our team trainer Thierry van den Bosch and with his knowledge and technique tips I was able to adapt very quickly. Riding my BUD racing KX250 made it all easier too. For the race I was still getting used to the track and the team. First moto, I made a bad start so I came from outside the top 20 to 5th and the second moto was a lot better as I got a good start, made a couple of passes and finished 3rd. I was very happy considering the situation and track conditions. 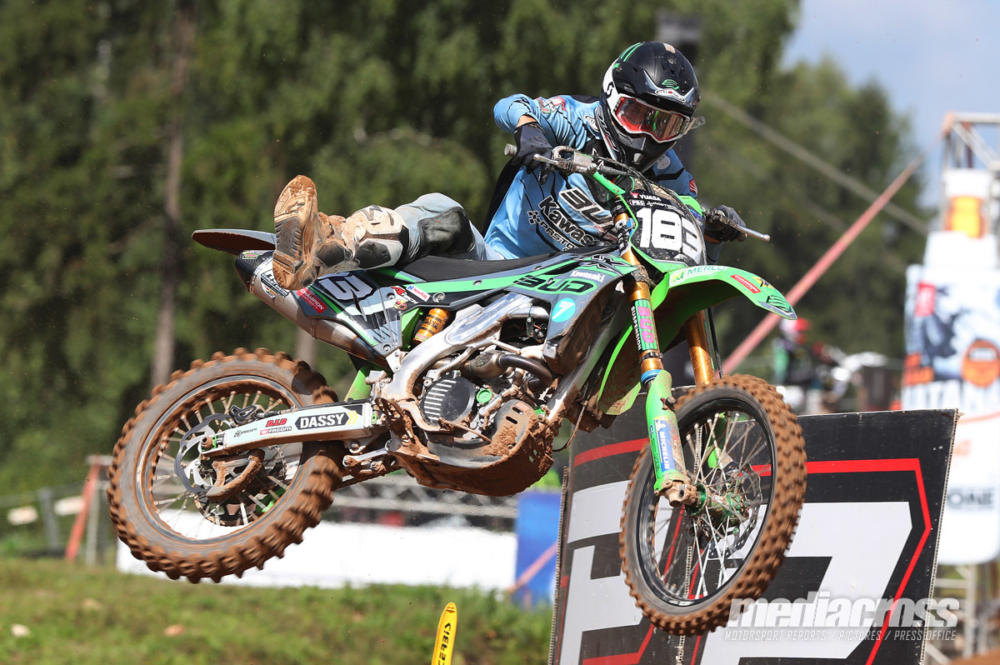 Gatedrop: Coming into the EMX250 championship at Latvia, what were your expectations?

Locurcio: I didn’t have any expectations other than riding to my full potential. I didn’t know what to expect, I knew the riders are super fast but I wasn’t sure where I’d stand.

Gatedrop: Qualifying didn’t go the best for you. What were your thoughts after qualifying – anything surprise you?

Locurcio: Yes, I was struggling very bad in the morning for the practices. I wasn’t used to the slick sandy condition and it showed. We made some changes and for the moto’s I rode a lot better.

Gatedrop: You didn’t get good starts but in both moto’s you worked your way through the field, can you talk me through your races?

Locurcio:  My starts were horrible to be honest, I’m pretty disappointed on them but I put my hand down and just started clicking past riders. I just rode hard till the checker and was good enough for my 8th overall.

Gatedrop: Overall, are you happy with your EMX250 debut finishing eighth overall?

Locurcio: I’m happy the way I rode but disappointed on my qualifying and starts but I made such a big improvement during the moto’s it was crazy. But of course I’d like to be further up the field.

Gatedrop: What were your thoughts on the Kegums track? It looked pretty rough for the second moto!

Locurcio: Kegums is a unique track – it’s hard pack on the bottom and sandy on the top so it made it for a tough circuit. I like the layout and yes it got rough for the second moto.

Gatedrop: After your first round racing the EMX250 championship, what’s your thoughts on the series? There’s quite a lot of fast young talents in the class..

Locurcio: Yes, there’s a lot of young guns who aren’t afraid of hanging it out there. The pace is high and the top riders can battle for great positions in the GP series. I just want to get a good start and get up there with them so I can learn as quickly as possible the pace and battle. That’s what I came here to do

Gatedrop: What’s your expectations for the rest of the series now you know more about what to expect? It also probably helps having the next two rounds at the same track!

Locurcio: I expect to keep improving myself. I have a great bike underneath me, have great crew and great team providing me with the necessary tools to perform at my best so now I know the track I know how important qualifying is and starts so I will give my best to improve on those and then give 110% on the moto’s for better results.