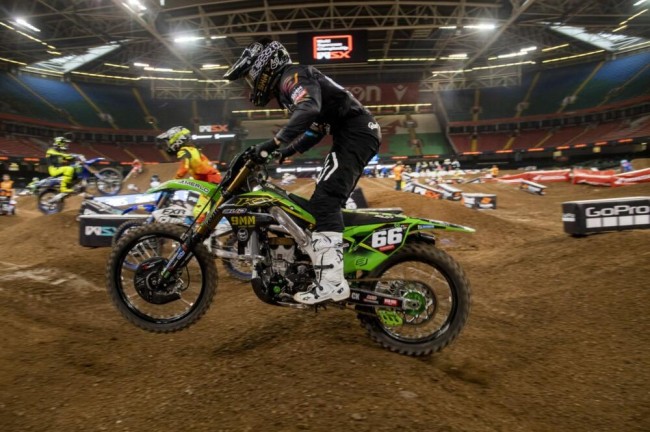 It was a strong showing for BUD Kawasaki Racing and Chrise Blose at the opening round of the WSX series in Cardiff as the American ended up second overall and only one point away from winning. Without clutch issues before the final main event he might have even stood on the top step but nevertheless he is right in championship contention.

We caught up with Blose to discuss the first round of the series and more.

GateDrop: That was a crazy night of racing here in Cardiff. First of all, can you talk me through the main events?

Blose: You know I got some good starts during the first two main events; I ended up second and fourth in main event one and two. In the third main event I had some clutch issues at the start, I had my clutch the whole way in, but my bike was wanting to go. It screwed up my start, it was a terrible start for the third main event bit I got my head down. I made my way up to eighth place, but I wish there were a couple more laps, I think I could have got Derek Kelly and Justin Bogle. We ended up second on the night overall and I was only one point off first. Definitely a bummer on that part but I got second so overall I can’t complain too much.

GateDrop: What was your thoughts on that format? I’ve never really seen anything like that before, have you experienced it in the past? Did you like it or do you think they could change something about it?

Blose: The only other time I raced this exact format was the 2019 at the Aus-x open. I won the championship there, so I had a little experience with it, I knew what I was getting myself into. But it is crazy, there’s no time in between each race and if I was to change something, it would be that riders get to regroup, change goggles and gloves if they need it. Just to calm down a little bit, refocus and reset the start device. Even though there’s a five-minute break it doesn’t feel like that, it feels like three minutes if that. It is very very quick, and we are fortunate enough not to have any problems in the main events and have to switch bikes or anything like that. Jace Owens started to my right and I believe he had to switch bikes and he was frantically trying to get everything together so if there was one thing I would change, it would be to give the riders a little bit more time. I think if you give the riders seven minutes or even have SX2 then WSX and flip flop them like that. At the end of the day, it is still a great show for the fans but just a little bit more time for the riders would be great.

GateDrop: How important was a start out there? We saw out there it makes a big difference!

Blose: Yeah, starts are very very important. As you seen tonight, you could tell if you didn’t get a good start it was hard to make up a lot of passes. Especially with the track when they have 90 degree turns like they had, it makes it one lined, but we all have to race it. It is the same for everybody so you just have to put your head down and do the best you can. 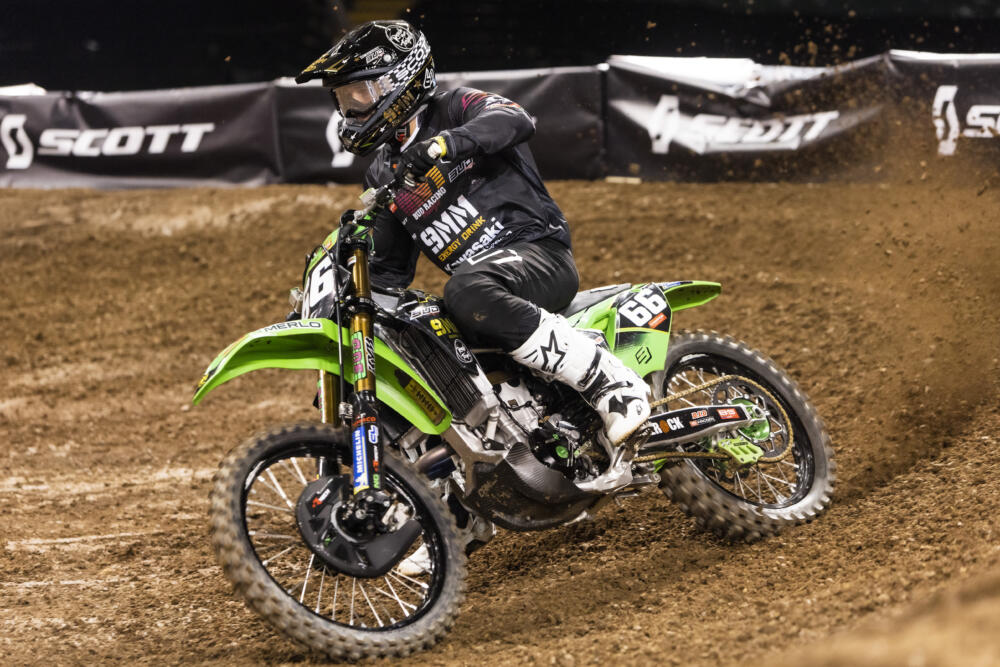 Blose: With this being the very first round of World Supercross I feel like it was a success. The teams were treated right, the riders were treated right, and we even went out for food after practice. The whole atmosphere in the street, because they closed the streets down, was something I’ve never seen before. Airhorns, tonnes of fans and I thought that was super cool. It is something I got to experience which I haven’t really experienced that in racing before. A great success for the first round, I know they can fine tune a couple things in between with the racing aspect with more time before the racing but other than that I think it was a great success for the World series and it can only get better from here.

GateDrop: Just on Supercross going global, I think it is really good for the sport and probably something that should have been done years ago but better late than never. America has been the home of Supercross and you’ve got used to racing there, it must be nice for you to come here to the UK and see what it’s all about…

Blose: Yeah, you know I have got to see different parts of the world in the past like Australia to do that series over there. I have also seen Germany, Sweden, Canada but this is a true World Supercross series, and we get to travel the world. This is something a lot of people don’t get to do. You have riders from all around the world which makes it great. The atmosphere with the teams and World Supercross, the way they treat the teams is awesome. They have a whole rider lounge; a dressing room and it makes it super cool. Like I said, this being the first round, it can only go up from here.

GateDrop: Lastly, are you signed up for the series next year or is it still up in the air?

Blose: Just right now it is just this year, but we will see what happens for next year.