Ellie Reed on a tough night of injury at WSX 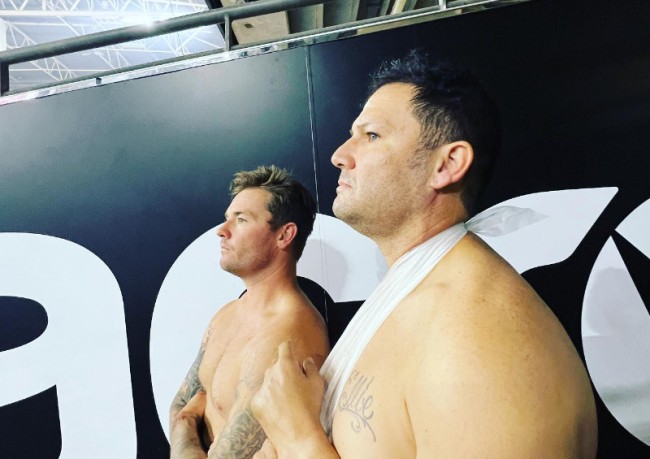 Ellie Reed has given an insight into what it’s like to travel the world with a racer – even when things don’t go well after two separate bike issues saw Chad Reed and his MDK Motorsport’s teamamte, Josh Grant, both go down hard at exactly the same spot.

Grant ended up with a concussion while Reed suffered a broken hand, broken ribs and a dislocated shoulder in a brutal crash. It was a shame for the pair because they were both riding well and with it happening so early into the first heat races, the fans never got to see two of the biggest names show the talent and speed they still had.

See the words below from Ellie for an insight into the emotions of the night:

Woke up after a few hrs sleep -sick to my stomach and had some tears. Lack of food, sleep and just absorbing last nights events.
@ashley_grant wasn’t there so when Josh went down I was the first to him. Then @crtwotwo went down in the exact same spot in the next heat race. So I ran back around again. It was insane. The likelihood is just 🤯
Josh’s chain , Chads bike cut out. Same jump, same crash. Laying here in the dark feeling all the feels and processing the events. I looked at these pics. Makes me cry but in a good way. You see here are 2 guys that had really hard crashes. We’re trying to get them transferred to the medical truck to get further X-rays and CT scans. ( it was on site we did not have to go to a hospital) THESE TWO -here they are no shirts , gear pants and boots on. In the wings of the stadium watching the racing.
This is Moto. This is what average people don’t get. This is the love they’ve had for bikes and racing and their sport.

We are all mad for bike fails, we are all sad for what might have been, we are gutted for the efforts feeling wasted and events cut short prematurely.

Both our families kids are just getting into racing. This is a hard part of the sport. But this is life. It’s really hard sometimes. And it’s unfair and brutal and it kicks u down. Knowing how to get back up and what u do after the blow is always what defines you.

I wanted a different outcome. We had plans. I was getting to see my family for first time in 3 yrs. Kids were excited to see Dad race. The team @mdkmotorsports with high hopes to have a great first season. Fans who were so excited to see Chad ride @wsxchampionship instead we r now organizing surgery , changing flights and both his arms are injured and I’m going to have to do everything for him. U just have to handle it. Let go of what was and take on what is.

These 2 warriors willing to come out of retirement, get absolutely wrecked and still just want to watch
That’s a certain breed ❤️ #OG’s #moto