Willems remains in the lead ofeuropean-championship 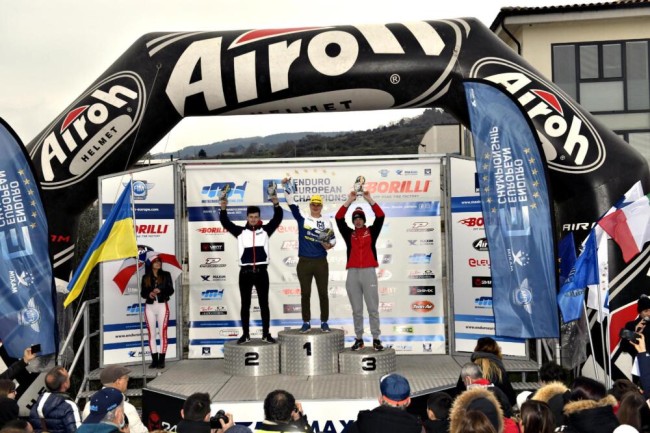 Even after guest starter Eeero Remes as a local hero won the second day of
the Borilli European Enduro Championship 2022, the 24MX ROUND 2#, in Sipoo,
Finland, Belgian Erik Willems retains the overall lead. The Husqvarna rider
was even snatched second place on the day in the very last special stage:
Briton Daniel Mundell pushed him into third place in the overall standings
of day two.

It took Mundell a little while to get going on Sunday: “After I had dropped
out on the first day, I obviously couldn’t get to know the special stages as
well as the other riders, who had completed three rounds each. For me,
especially the first lap was difficult because the tracks had changed in the
loose ground, which I couldn’t take into account before. But every lap went
a bit better,” the Beta rider was happy about the double success afterwards,
because besides the second place in the overall standings, he also won the
E3 class that day. Due to his retirement on the first day, however, he is
missing important points in the championship, so that in addition to the
overall championship-ranking, he has now also slipped to second place in the
E3 class behind Dietger Damiaens.

But with his furious attack in the last special stage, he had also relegated
the Belgian to second place in the day’s standings. Nevertheless, Damiaens
is almost satisfied, because he was clearly better on the road than the day
before: “Of course we made some changes to the settings after yesterday, but
I still can’t say what the reason is that I’m so far ahead in the overall
standings again now.”

Of course, the Finns used their home advantage again on the second day of
riding. But this time they were not as dominant as before because the
international riders were able to adapt quickly to the special conditions:
Besides overall winner Eero Remes (who of course also won his E2 class)
Peetu Juupaluoma could still win in the Junior 2 class as well as the former
European Champion Emil Pohjola in the E1 class. Also in the seniors almost
the same picture as the day before, where Marko Tarkkala won ahead of the
Italian Alessandro Rizza and the Slovak Martin Gottvald. After yesterday’s
technical retirement of former European Champion Arne Domeyer, his
compatriot and team mate Christoph Lessing pushed him from third place in
the championship.

In the women’s race, Norway’s Vilde Marie Holt stood at the top of the
podium for the first time: With a day’s win and second place on the previous
day, she took her first overall victory of the weekend! She also benefited
from the technical problems of the leader in the championship, Briting Nieve
Holmes: her chain jumped off three times, which she had to repair during the
stage. Because the women had already reached the end of their strength on
the strenuous course and the demanding extreme test on the first day, the
distance for the women was shortened by one lap. The men had also skipped
the last special stage and were thus able to finish the competition before
the onset of rain, which would have made the surface particularly slippery.

All results, the championship standings, the complete information on the
competitions and even more can be found at:

The battle for the championship in the individual classes has not yet been
decided – the final on 29 and 30 October in Germany will have to be used for
that. The venue, Rüdersdorf, is right next to the capital Berlin.