Villars Sous Ecot back on the MXGP calendar in 2023 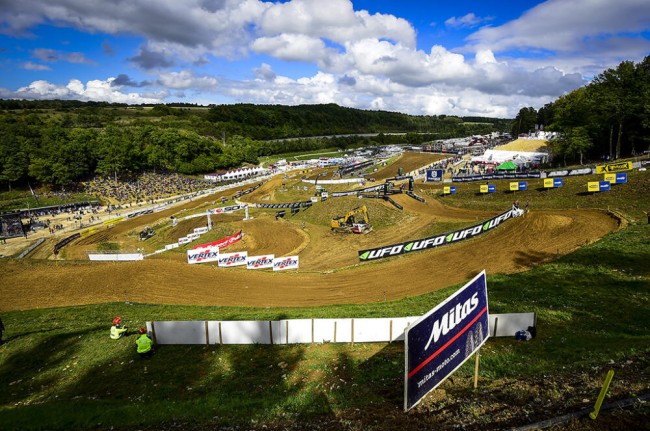 Great news French MXGP fans, Villars Sous Ecot is getting geared up for the 2023 season of the FIM Motocross World Championship, as its set to host a Grand Prix once again next season!

The last time MXGP visited the French venue was back in 2017 when Thomas Covington and Jeffrey Herlings were victorious in the MX2 and MXGP categories. Not only was it one epic season finale, it was also the same weekend that Pauls Jonass clinched his MX2 title from Jeremy Seewer. Jonass was crowned champion after the first race and the rest was history…

But this was not the only title to be won that weekend, as Kiara Fontanesi went on to claim her fifth Women’s Motocross World Championship after a close battle with home hero Livia Lancelot, Courtney Duncan and Nancy Van De Ven as the ladies finished all within just a couple of points of one another!

Villars sous Ecot made it’s first appearance to the FIM Motocross World Championship back in 1982 which was then won by Belgian Andre Malherbe in the 500cc class. Five more GP’s took place in 1986, 1998, 2009, 2015 and 2017 before the track fizzled out from the calendar.

Though in 2023, Villars sous Ecot is set to make an epic return for the first time in six years for what will no doubt be another exciting weekend of racing!