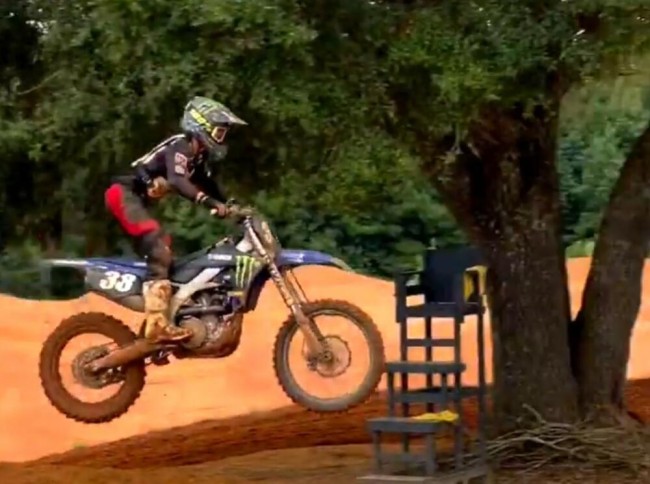 Haiden Deegan will make his much hyped pro debut this weekend after the bike claiming drama at Lorrettas that, amazingly, got more coverage than the dramatic and enthralling Tom Vialle v Jago Geeets battle for the MX2 World Championship!

But it just shows how many US centric eyes are on Deegan and it will be the same this weekend. Will he impress in his first AMA motocross race? It was said last weekend that it is easy to get top ten on a Star bike because Spaniard Guillem Farres, unknown in America, got a sixth and top ten overall in his debut.

So can America’s hottest prospect Deegan do similar or even better on a bike he has ridden all year and seen the AMA motocross pace needed when he’s practiced with his pro teammates. The expectations are high and you can see the talented and rapid Deegan preparing below: