Video: Gajser’s view of his crash with Fernandez 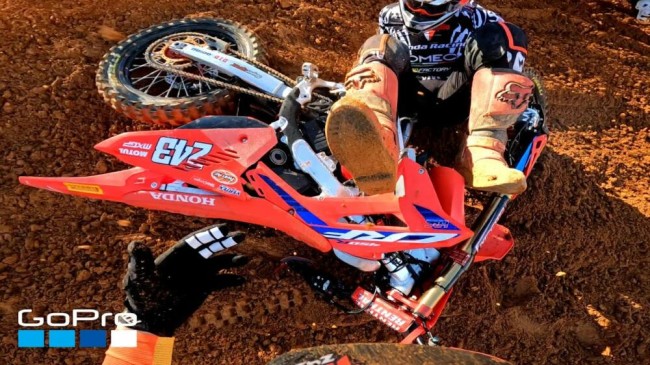 See Tim Gajser’s GoPro view of a costly crash with Fernandez that took the former world champ out of the lead, although he did get back to seventh to limit the gate pick damage for today’s races.

Get Fernandez perspective below and see how his second crash was caused by the second HRC Honda:

Gajser commented: Obviously, it’s a little disappointing to only have seventh gate pick for tomorrow’s motos after feeling good all day. I got a really good start in the qualification race, another holeshot, and was leading the first few corners and looking forward to having a good result. Unfortunately, I had coming together with another rider halfway around the first lap and we both went down, meaning I had to pick my bike up right at the back of the field. I tried not to let it affect me too much though and knew I had the whole race to make as many passes as possible. Every lap I tried to pick off a rider and gradually I worked my way towards the top 10. In the end I was seventh, which is okay, and I know I can make some passes now, so hopefully I can get more good starts tomorrow and challenge for the GP overall.