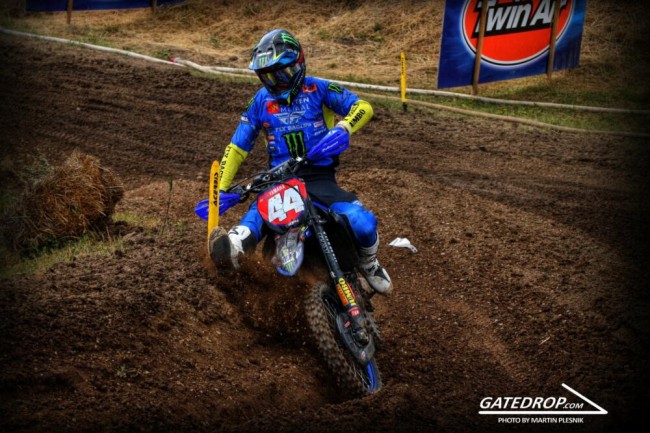 The opening EMX250 race produced some good racing around a rutty and slick track of Teutschenthal. It was Jörgen-Matthias Talviku who held the early lead with Rick Elzinga and Camden Mc Lellan battling for second. The South African crashed while trying to make a move stick which allowed Elzinga to focus on the lead.

The Hutten Metaal Yamaha rider made a break at the front with Sacha Coenen in second who had David Braceras and Andrea Bonacorsi for company. Coenen then looked to have technical issues which forced him out of the race – a real shame.

Bonacorsi then put the hammer down with five minutes to go passing Braceras for second and then closing the gap down to his team mate, Elzinga. The talented Italian then passed Elzinga on the final lap to take an impressive victory.

Maxime Grau on his return to racing came from outside the top ten all the way to third and looked to have the speed to win – what a style he has as well, it’s nice to see him back showing the talent he has.

Cornelius Toendel didn’t have the best of races coming home in seventh.

The second race was looking like the Sacha Coenen show as the young Belgian got the holeshot and checked out at the front. However, with two laps to go with a big lead, Coenen took a big crash at the bottom of one of the downhills – that was his race over in what should have been a race win!

It gifted the win to Elzinga who was passed by Grau in the early stages but the French talent had a small crash which cost him the overall win but a podium on his return is still very impressive.

Andrea Bonacorsi had a bad start and then opening lap crash but got himself back to tenth for third overall while Camden Mc Lellan rode well for third just missing out on the podium.

In the championship chase, Cornelius Toendel had an off day finishing eighth overall and now trails Elzinga by 20 points. 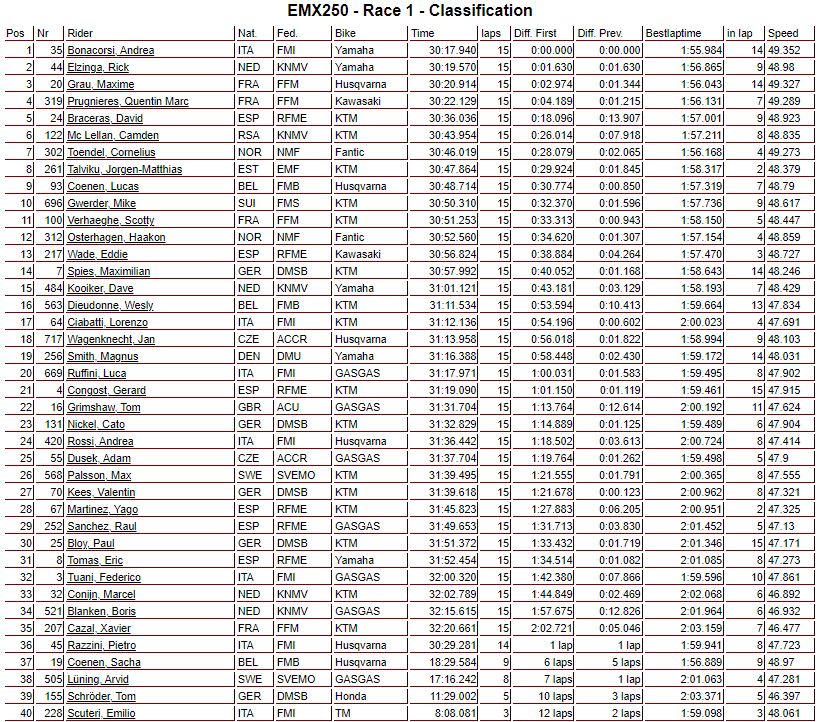 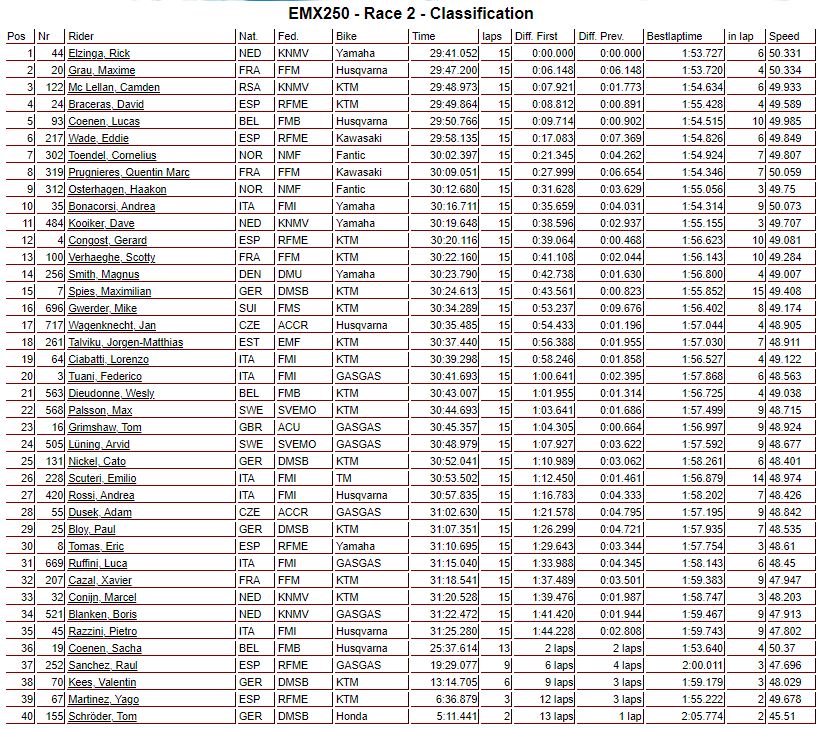 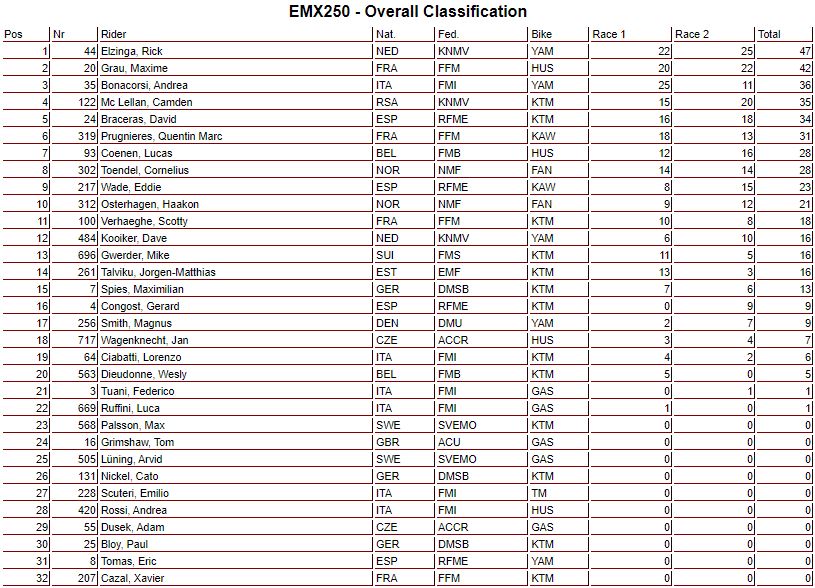 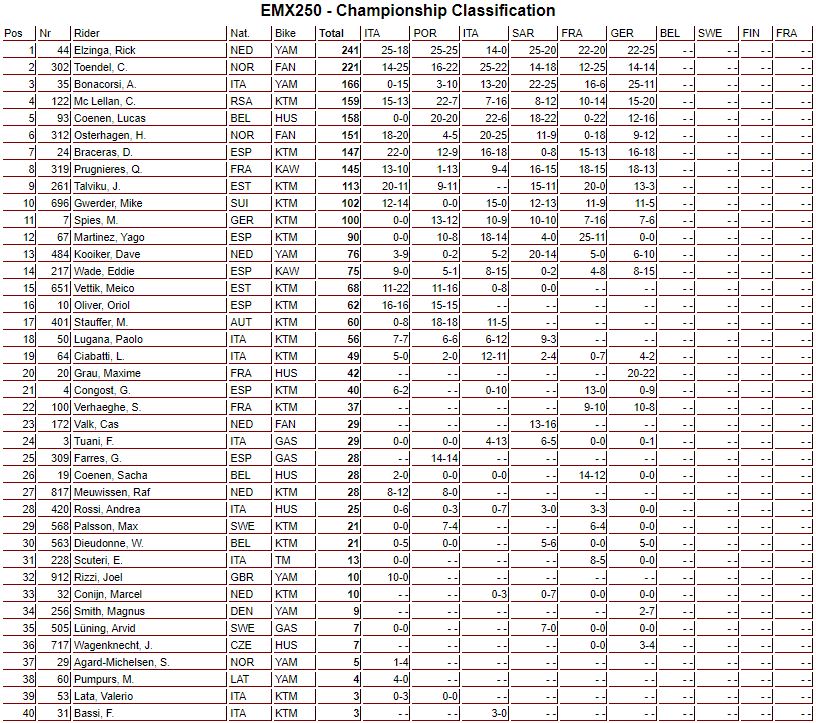