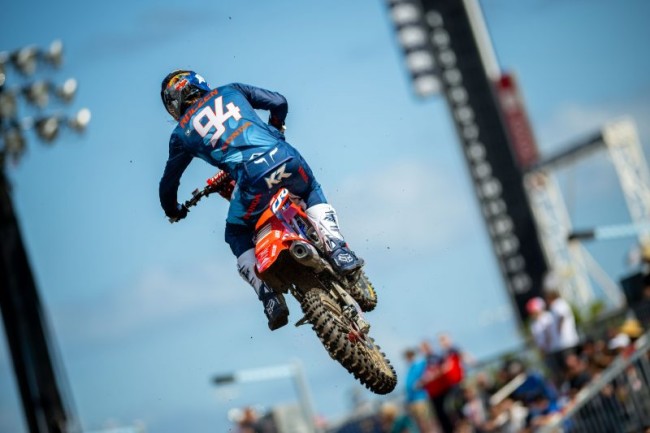 James Stewart talks to another generational talent, and former rival, Ken Roczen with the German saying he is now a free agent, and having an offer from removed Honda because he is racing WSX!

“This last week, it’s a funky feeling. Basically I am a free agent at this point which is kind of crazy,” said Roczen. “It was ultimately these races, (WSX) I committed too, I haven’t raced in Europe in a long time and I have never been to Australia. The deicisions to do these races was fairly easy, it is the right time time, especially this late in my career.

“This isn’t a full series yet and I had the opportinity to make that deal. It was a shocker to me but Honda decided to pull the offer that they gave me a week or a couple of weeks ago, which by the way was a great offer, if I wanted to go and chase the money then that would have been the smart thing to do. But I have commited to these races and I didn’t want to leave fans hanging, a lot of people don’t have the money to come over and watch us race, so for me to go back to Europe and Australia and have a little bit of vacation, I wasn’t ready to disappoint the fans an Honda shockingly pulled the offer.

“I am a free agent… I am not waiting for a fill-in ride or hoping someone gets hurt but if a team is willing to give me an offer, and they legitimately want me to ride for them, I am available and super motivated for 2023,supercross and motocross, I am going to prepare as if I am going racing.”

Interestingly, Jason Weigandt tweeted a few days ago about the hostility between the AMA teams and the FIM following the Supercross split between the two sanctioning bodies:

It’s not that simple. Teams in the US have a bad taste in their mouth over FIM’s involvement. Fuel controversy, anti-doping rules, etc. Too much emphasis right now on promoters and series and not enough focus on the sanctioning body.

Listen to the full revealing, honest and candid interview with Ken about his situation and his split from Honda below: