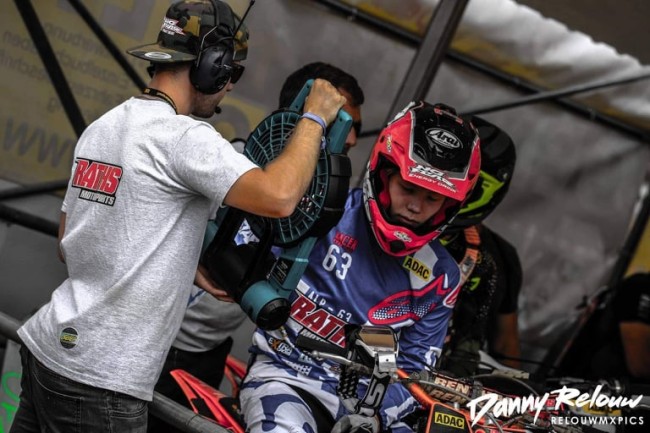 One rider that has plenty of potential in the GP paddock is young Dutch rider, Raf Meuwissen who spent the 2022 season with the Raths Motorsport KTM team. The focus for Meuwissen was on the EMX Open series racing a 350cc but he also contested the EMX250 championships that didn’t collide until injury cut his season short.

Meuwissen decided to get surgery which ended his season early and unfortunately a number of injuries the past few years is one of the reasons he hasn’t been able to show his full potential.

For the 2023 season, we believe that Meuwissen has inked a deal with a Yamaha team to race the MX2 World Championship for the year ahead. With the EMX Open series getting cut down to one round and the EMX250 age rule dropping from U23 to U21 for 2023, rumours suggest Meuwissen has decided to race the MX2 World Championship instead. Infront Moto Racing will be hoping other riders take that approach so there’s bigger GP rider entries in 2023.

The plan will be for Meuwissen to race the European rounds of the MX2 World Championship as he isn’t expected to contest the fly away rounds.