Steve Dixon on not enough Brits racing GP’s or EMX 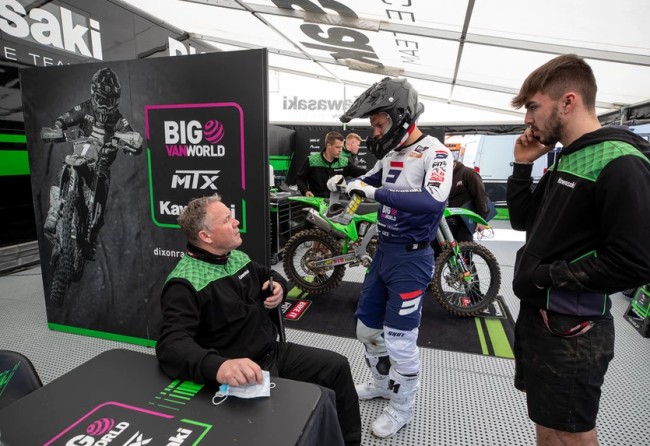 We recently caught up with Steve Dixon who’s got plenty of experience running a Grand Prix Motocross team. Starting off as a mechanic, Dixon went on to run a team and still has a burning desire from the sport – he’s also the man behind the British MXGP.

“When you look around and like I said on social media the other day, it’s just a shame that in the UK that we only had two British riders in Argentina. I feel that now Roger Magee has two foreign riders, it’s just a shame that to me the British riders, they seem to think they’ve got success before they’ve made it. There doesn’t seem to be any ambition in the UK, I don’t mean this horribly but they don’t want to go out and win world championships, to me they want to go out and get a sponsored van and a nice little lifestyle in the UK. For the capital of Motocross for what it used to be, it’s a shame”, Dixon told GateDrop.com.

“It’s nothing to do with Infront Moto Racing or anything like that, the fact of the matter and like what I said last week… You’ve got Swedish, Norwegian and Danish people on the podiums each week now. They’re small countries compared to the UK and it’s a shame. It’s something that the riders and teams need to sort of suss out in the UK to get back into Europe and start getting some results. That’s what needs to happen”, added Dixon.

You can read the full interview as plenty more topics were discussed, here.