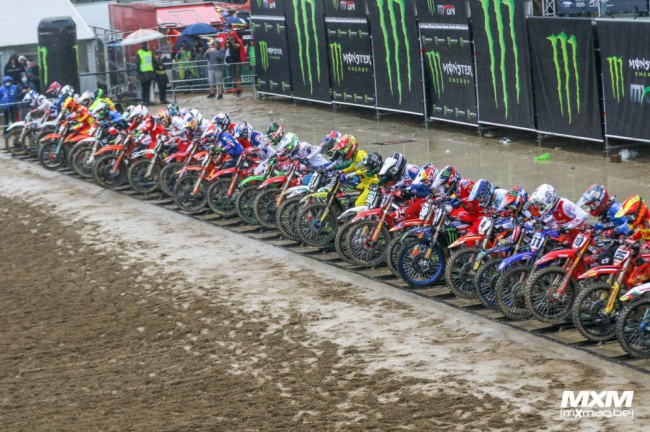 Andy McKinstry:  It might be a boring answer at this stage but I can’t look past USA for the win. Both Eli Tomac and Chase Sexton are in brilliant form and you could argue the fastest MXGP riders aren’t even going to be racing. After what happened America in 2018 they will be motivated more than ever and as long as they stay off the deck, especially around the first corner of Sunday’s racing I see them winning the Nations event quite comfortably.

I see Eli and Chase also winning their individual classes but the MXGP riders won’t want them dominating so the likes of Renaux, Coldenhoff, Seewer, Prado,  Vlaanderen and Cairoli to name a few will be eager to show the American fans what they’re all about. You can also add Jago Geerts and Jett Lawrence to that list as both will step up to race the 450cc.

MX2 is tougher to call and starts will be very important. Jo Shimoda ended the season in style and Hunter Lawrence is always fast – his starts can let him down sometimes though. Add in the likes of Kay de Wolf, Simon
Längenfelder, Kevin Horgmo, Liam Everts, Max Anstie and Marvin Musquin, the competition will be fierce!

If America don’t win this year, you have to question when they’ll win the event again with Eli Tomac expected to be Supercross only next year and going against the best of MXGP in Ernee next year won’t be easy as it is so it’s a year America will feel they have to win after eleven years without the Chamberlain trophy.

Jonathan McCready:  It really is hard to look past USA for the win. They have it all going their way with three brilliant riders and no Herlings and Vialle for the Dutch and the French but although I think the US will prevail I think other teams can give them a run for their money at certain moments. Australia, France and the Netherlands – and maybe even Italy could be there or thereabouts. On their day all four nations have riders who have the speed to challenge the USA but they need all three riders to find their form. The US form is more predictable, especially with Eli and Chase as they have shown that elite performance level week-in, week-out under pressure and with it being at home, that all gives them a big advantage.

Justin Cooper might have the hardest job, with Shimoda, de Wolf, Laegenfelder, Lawrence and more capable of winning and the class is the where the other nations who can win have to make it count and put as many bikes between them and Cooper as they can manage. Starts will be critical and if he gets out of the gate, Kay de Wolf might just have the most pace and motivation of them all – that’s why he is my MX2 pick to win along with Sexton and Tomac for their respective classes.