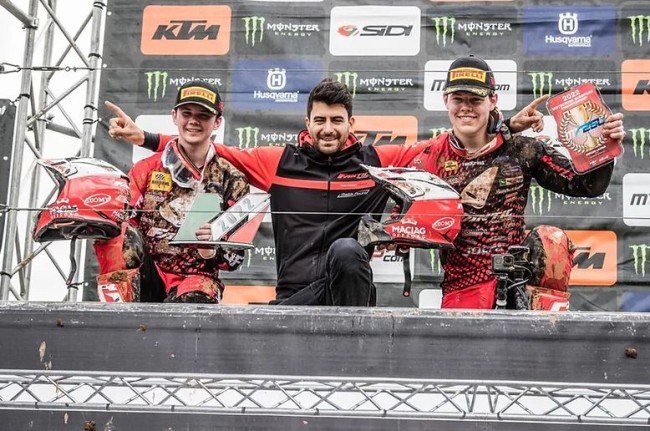 The Maddii Fantic Racing team run an impressive setup and have had some brilliant results in the EMX125 and EMX250 championships this year – they currently have both red plates. The team are very good at spotting young talents and helping them develop.

Marco Maddii has confirmed that the team plan to line up in the MX2 World Championship for the 2023 season which is good news. It means there will be at least one more ride in that series which is already stacked full of talent.

There’s a good chance we could see Cornelius Tøndel and/or Håkon Østerhagen step up and race the World Championship for the team next year depending how many riders they end up running in MX2.

It is worth pointing out that the team will need to adapt from the two-strokes they currently run in the EMX250 series as they aren’t permitted in MX2 so whoever races for the Maddii Fantic team in MX2 next year will race 250cc four-strokes.

The team also have Cas Valk contesting the EMX125 series and with the Dutch talent currently having the red plate they’ll be looking to clinch that title. It remains to be seen if Valk will stay with the team to race the EMX250 series in 2023 but it would be a good move for both parties.

“Absolutely yes. It has already been planned that next year we will enter MX2 with either one or some of our riders and we will complete, by participating in this class as well, the program that we set ourselves with Fantic a few years ago”, Maddii told MXTribe.com.

You can read the entire interview, here.