Jason Garrett on THAT crash at Seaforde in 2010 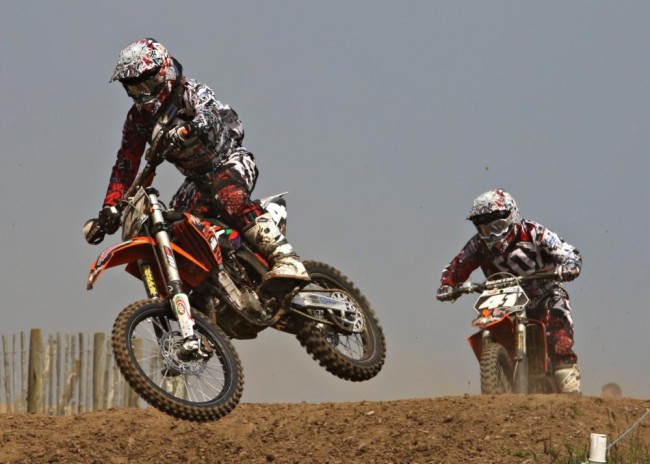 Anyone that was at Seaforde for the round of the Ulster Championship on May Day 2010, will remember Jason Garrett’s high speed crash coming down the fast down hill at the slick hard pack track.

The whole paddock was worried when the red flag came out and the first aid team worked on Garrett who was unconscious. It was later revealed that Garrett who was well liked in the paddock broke the C1 in his neck and faced a long recover. Still to this day, he has no memory from the scary high speed crash.

“The only bone I broke was my C1 in my neck but it was the impact on my head that took the longest to heal. It was explained to me like when you turn a computer off at the plug without shutting it down, when you turn it on again it takes a while to catch up. So for 2-3 months I was awake as normal but had little to no memory. As for the crash, I know what happened from what I’ve been told but still have no memory of the day, being in hospital or the weeks after getting out. It was worse for my now Wife and Family, I hadn’t got a clue”, Garrett told GateDrop.com.

For a while after the crash, there were understandable question marks around Garrett’s future and if we’d see him race again but after recovering he decided to make a comeback and we saw him race competitively for another two years. With the talent Garrett has it didn’t take him long to get into the swing of things and was a consistent front runner at the front of the Irish and Ulster Championships.

“I crashed on May day Monday, I wasn’t allowed to work again full time until January but had memory and all back and felt fine by August but was told that your brain is a fragile thing. I did race for another 2 years but I think it took me that length of time to convince myself it was over”, added Garrett.

Injuries weren’t always kind to Garrett – similarly to his brother Wayne but they both had a lot of speed and will always be remembered in the Motocross scene in Ireland being front runners for a number of years.

We have more from Jason coming soon so stay tuned.