Bruno Losito on Marvin Musquin and the NGS Honda controversy 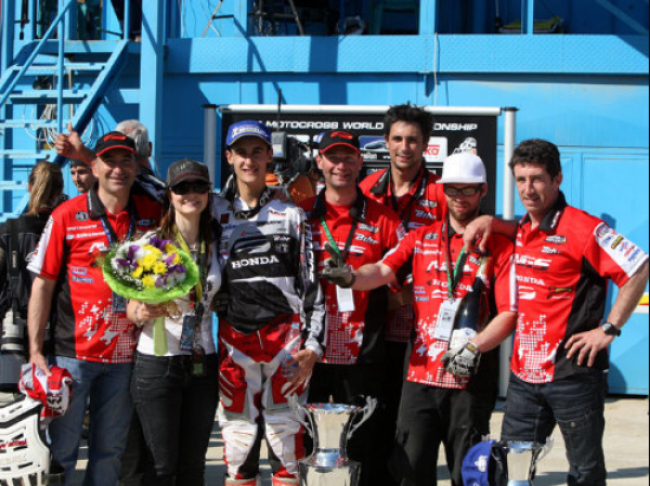 However, the French talent put in a serious amount of work during the winter and went into 2009 as a completely different rider and had the red plate on the privateer NGS Honda going up against the Factory bikes and opposition such as Paulin, Goncalves, Frossard, Boog, Simpson and Guarneri to name a few.

The NGS Honda team manager, Bruno Losito was happy to be working with a talented rider.

“Marvin was talented from a young age, he had to work very hard physically to grow and run with the best riders in the World. At the end of 2008, after our first year together, I had seen the effort. The doctors/trainers were also impressed by this recovery speed.  There’s no doubt that Marvin had great technical ability”, Losito told GateDrop.com.

However, despite things going well between the NGS Honda team and Musquin for over a year, things didn’t turn out that way. NGS Honda run into budget issues and Musquin wasn’t being paid. Losito says he would have been paid but just needed to be patient but with Factory KTM interested in the French talent, Musquin ended up signing for them and made his debut with them at the British GP in Mallory Park, 2009 – the rest is history and to this day he’s still a Factory KTM rider albeit in America.

“It was promised to Marvin that he would be paid, Mathilde (now Marvin’s wife) was coming to my house to get the grocery bonuses. In 2009 Youthstream (now known as Infront Moto Racing) asked the Team for a 10,000-euro contribution for each rider and when I signed Marvin at the end of 2007, there was no need to pay this fee to contest the MX2 World Championship. All of this had hurt me to fulfil the promises of the contract but I had asked Marvin to make a little effort and let me give him (the money) a little later.  With a coach he decided to break the contract without giving Honda France time, waiting for Honda Europe. That year, Marvin on the Honda could have become World Champion, there was no big competition”, added Losito.

Had Musquin stayed with the NGS Honda team, it would have been a cool story to see a privateer team becoming world champions but in the end things got rather messy and the NGS Honda team ended up stopping. As for Musquin he went on to clinch two MX2 World Championship titles before heading to America – things ended up just fine as he’s had a successful career.

Would he have won the title on NGS Honda? Who knows but it certainly provided plenty of controversy within the paddock at the time.