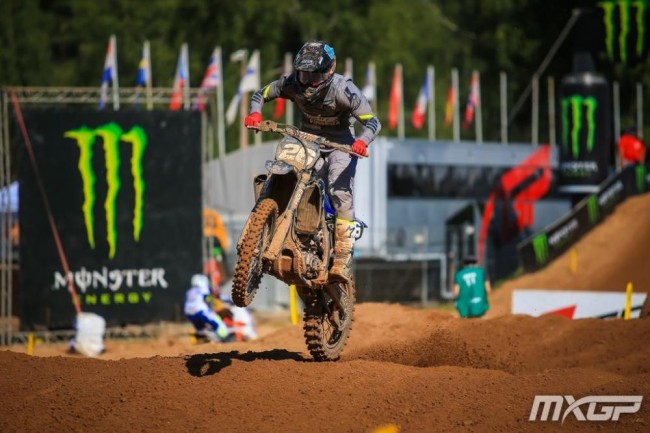 It was a tough blow for young Swede, Tim Edberg after picking up an injury right before the opening round of the EMX250 series at Valkenswaard. However, due to the break in the calendar because of the COVID-19, it give him time to recover and be on form for the second round of the series.

When the series resumed it was at the Kegums track in Latvia which hosted a triple header. Edberg was in fine form and clearly loved the track. If he didn’t get hit with a penalty for his bike failing the noise test he’d have actually landed on the podium at one of the rounds.

Despite missing the opening round at Valkenswaard, Edberg lifted himself up to fifth in the championship – that’s impressive.

We caught up with the Riley Racing Yamaha rider to discuss his season so far and more.

Gatedrop: Let’s rewind, over winter you decided to start up your own team – the Riley Racing Yamaha team. How did all this come about and how was it to organise?

Edberg: Yes, as my Yamaha Europe contract ran out for this year I found myself without a team and that’s a difficult situation. Me and my family was planning on doing Swedish championship and 2-3 EMX250 races in 2020 just because it’s really expensive for a family, as you probably already know. Then Olaf Haazen my current team boss sent me an message asking if I would like to try his bike and maybe work something out for the season. So that’s how we got started.

Gatedrop: In terms of your winter preparation, how did that go for you?

Edberg: Well, winter preparations where quite tough, as me and my family did everything by ourselves we stayed in Sweden and I did a lot of work and so did my family. But, sure somewhere at the end of the winter preparations I felt really good, I fixed some really good sponsors and then I got the call from Olaf to go to Holland just 2-3 weeks before Valkenswaard.

Gatedrop: What did you try and improve on over the winter – what would you say your weaknesses were before this season in the EMX250 class?

Edberg: I tried working a lot on my speed for qualifying in a better spot but also a lot of technical stuff, just basics that is really good to think about, really benefited my riding it feels like.

Gatedrop: Right before the opening EMX250 round at Valkenswaard, you get injured. Can you remind us what the injury was? You must have been really disappointed!

Edberg: As we were preparing for the race in Valkenswaard I felt really good just coming to the team and I knew already I would be a contender because I really love that track and I felt really happy and I was fast. But then just 2 weeks before the race I crashed and broke my neck, not really really bad but still needed some months with a neck brace just because is such a scary thing to do and if something goes wrong it can get really bad.

Gatedrop: With the break in the calendar it actually helped you as you were back and fully fit for Latvia. Three good rounds of the series for you! Can you talk me through the rounds?

Edberg: The COVID-19 break was really good for me I got to graduate from school and I started working with my current trainer Rickard Sandberg who has been a big improvement to my program. And I also got 100% healthy after my injury.

The races in Latvia were really exciting, first time back and first time battling up front in this class. I wasn’t really prepared going in to the event because we had some problems just the last weeks before going there but I made it there and it paid off. Three times with 5 overall finishes is a great start, to bad I missed out on the podium with sound problems and start crashing but anyway I’m really happy when I think about it afterwards. 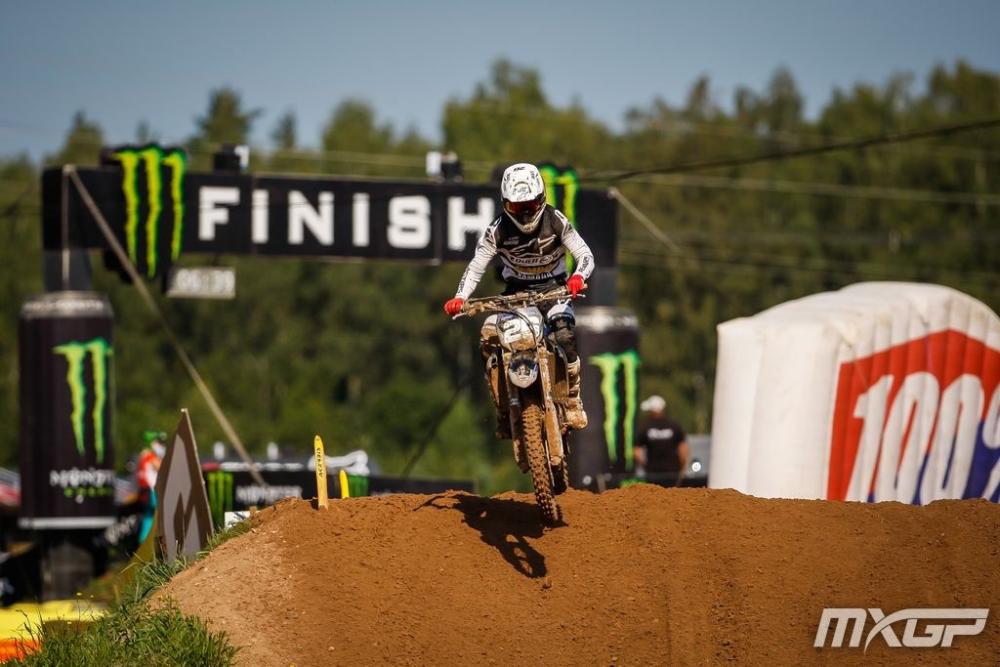 Gatedrop: Obviously it would have been great for you to get on the podium but nevertheless, you must be happy with the speed you showed at Kegums?

Edberg: Yes, sure I really am but I knew I was fast going in but I don’t feel like I showed all my potential there but luckily we have some more rounds to work on getting everything in place

Gatedrop: What would you put your improvements this year down too?

Edberg: I would say my program from my trainer is the biggest improvement but also the racebike is now great and this team that is getting better and better each day, but mostly mine and my family’s hard work.

Gatedrop: Being in the Riley Racing Yamaha team that’s built around you, do you feel less pressure and has that helped?

Edberg: I’m quite good with pressure, I put it on myself so I don’t really need someone telling me I need to preform or even the other way. But sure, the team is great and feels like a family, also as I live now by the workshop since 3 months back.

Gatedrop: How would you describe the level of the EMX250 series this year compared to the past few years?

Edberg: This year the pace is crazy fast as always and you can see from the years before the top riders graduating from the EMX250 up to MX2 are usually top contenders there also. I think it will continue for this years top contenders also.

Gatedrop: There’s another 6 rounds of the series scheduled. What’s your goals for the rest of the season?

Edberg: My goal is always the same, give it my all and see where we end up but my vision is seeing myself on the podium a couple of times before the season is over! I know it’s possible and I work really hard to reach this as I feel that me “giving my all” can put me up front!

Gatedrop: What’s your thoughts on the triple header GP’s and the one day format?

Edberg: I think it’s a perfect way to make up ground for the races we missed and I also really enjoyed the week at the track with my family. I think it really benefits me also.

Gatedrop: You’ve always had good speed on the sand – have you done much hard pack riding and how do you feel at those kind of tracks? Do you think you can show the same sort of results at hard pack tracks?

Edberg: I’ve done quite a lot of work on that also and I feel really comfortable so for me the soil does not matter at the moment I just overall feel much better than the past years.

Gatedrop: If you continue to show this kind of progress, have you a preference on what class you’d like to ride next year? Perhaps a move to the MX2 World Championship could be on the cards?

Edberg: For the moment I haven’t showed the speed needed to be a top 5-10 guy in MX2 so until I feel ready to be there I will probably stay in the EMX250 series. But for sure my goal is to move up as fast as possible but my feeling also needs to be good as well as the program, because it’s another big step.