Interview: Hunter Lawrence on the RedBud MXoN and Australia’s performance 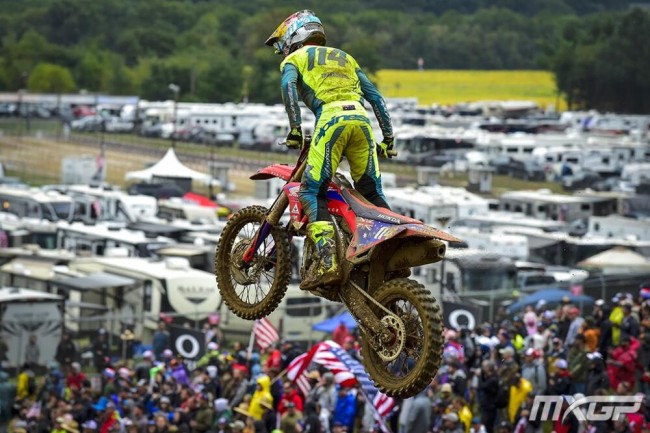 Hunter Lawrence and team Australia had a strong MXoN with Hunter Lawrence winning the first MX2 moto of the weekend before a couple of crashes in race two dented his chances of the overall but he had the speed.

Australia had a good weekend getting on the podium and probably had the pace to win as well – with both Lawrence brothers and Mitch Evans continuing to improve they have a very bright future and there’s no reason why they can’t win the event in the future.

We caught up with Hunter to discuss the event and more.

GateDrop: Hunter, back racing a two day Motocross event here at the MXoN similar to your MXGP days, did you enjoy the two day format and the event because I know an AMA National goes in very fast!

Lawrence: Absolutely mate, I had so much fun. It was awesome, I really enjoyed it and I got to catch up with some old friends and stuff, it was really cool.

GateDrop: Just on the track, completely different both days. Day one I didn’t think was technical at all but some rain overnight and a bit more technical for day two…

Lawrence: Yeah, absolutely. The track wasn’t too technical on Saturday but I thought it was cool this morning. I had fun this morning in free practice, I really enjoyed it and it was cool. I really liked how the track formed up today, it was better than at the Nationals.

GateDrop: Did you change anything with the bike overnight with the different conditions?

Lawrence: No mate, not really. We just literally changed two clicks on the forks and that was it.

GateDrop: First moto, you rode really well winning the MX2 class in that one so you must be happy with that! Second moto, just a shame with the couple of crashes but I think you can be happy with your speed – you had what it takes to run with Justin!

Lawrence: Absolutely, I mean I gapped him out quite a bit in the first one. In the second one I was coming through just sending it trying not to lose the top three 450cc guys at the beginning. I just went down but it is what it is. I had a few more crashes, we don’t have to talk about them but my speed was good. I mean we did what we needed to do and we are looking forward to next year – we are getting closer and closer.

GateDrop: Australia getting on the podium – is a bit of mixed feelings? I feel like you had the speed of America but starts and execution, they did that better than yourselves and France. I think all three teams probably had the speed to win?

Lawrence: For sure… yeah, if you take out those crashes in my one and if I ended up top five, we would still have been down a few points I think but we are looking forward to next year. We’ve got Mitch and Jett both strong on the 450cc’s. It is a bit of a bummer that Mitch had some unfortunate crashes and got together with Geerts in the second moto but even still, if you take that one out we were still sitting second so we only dropped one position overall. We are happy, it’s a building year and we are looking really good for the next 5-7 years. We’ve also got Jed Beaton over there who is going to come good, he is working hard. It is good, we have some bright years for Australia.

GateDrop: You’ve got used to racing in America now, was it nice racing with new competition against some of the GP guys and your good friend, Jeremy Seewer?

Lawrence: It was good seeing Jezza. I liked how the track formed up as well, it was typical Euro style track and I like that. It was a fun weekend. 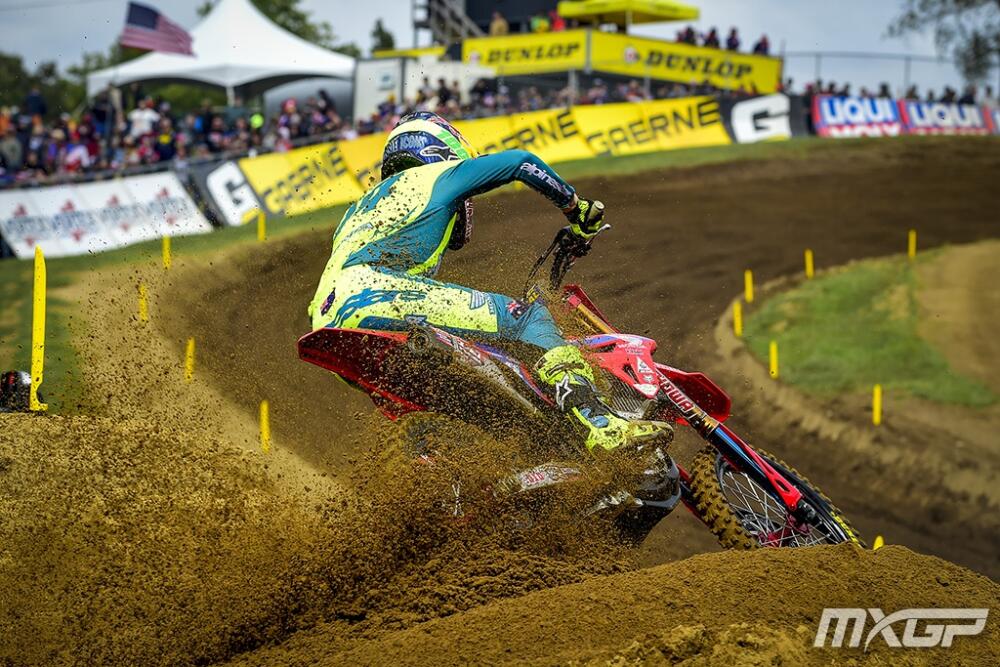 GateDrop: Whenever you left GP’s to go and race in America, when you look back now what would you say the toughest thing was and do you miss anything in Europe?

Lawrence: Absolutely, I was actually just saying, I miss how good the Kebabs are in Europe. The Kebabs are so good and the food is pretty good. But I don’t know, it’s not like I won’t ever go back. At the end of my career, I would love to do something over there. I am enjoying it here with where my family are and stuff, the position we are in but I can’t complain with the life I have here now. This is more than what we ever dreamed of so we are doing well.

Lawrence: For sure. Towards the end of my career and hopefully when I have some championships and titles. I would love to come back and do a year of the GP’s if I am getting tired of the hectic schedule here, who knows? I enjoy it and maybe I wouldn’t live in Belgium… but maybe I would. I think the fact that we have done it before so we know it a little better, it would be cool. I like the schedule and the travelling and stuff. It’s enjoyable and when you aren’t under financial pressure and doing things on your own and got your own deal going on, I think it is very enjoyable.

GateDrop: Just on Jett, he raced the 450cc this weekend, have you been riding one at the practice track or anything? I feel like that’s a bike you’ll suit in the future…

Lawrence: No, but I think I am more of a 450cc guy than I am a 250cc guy but there’s some goals I’ve set myself that I want to achieve before moving up. I haven’t been riding the 450cc because I like it too much that I actually wouldn’t want to go back and knuckle down on the 250cc. I will ride in the future and I definitely can’t wait.

GateDrop: Have you got much of an off season plan yet? It’s not even that long to Supercross when you think about it – will you just get a few weeks off and then back to the grind?

Lawrence: No, it’s not that long. Yeah, maybe one week off and then I will get back into it. We are going to do the Paris Supercross, we are definitely going to do that one and we are looking forward to it. Myself and Jett are both stoked so maybe we’ll take a week off after that one as well. I will go see Cynthia and her parents as well as Jezza again. It’ll be cool!