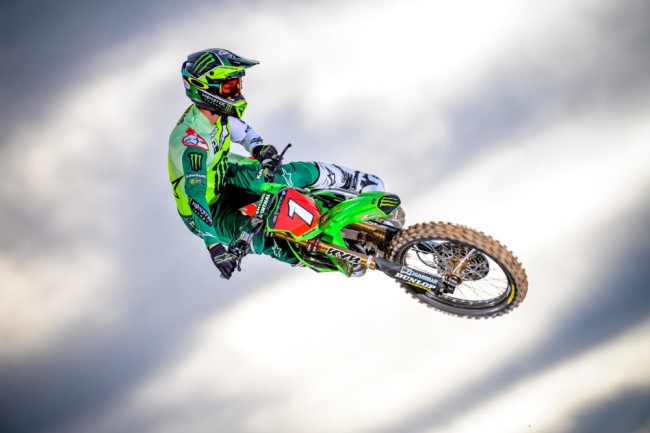 Eli Tomac feels he has less pressure heading into 2021 as defending championship than he did trying to win his first supercross title – but he remains determined to win again!

Speaking in the press conference, the 2020 450 supercross champ admits it was a relief to finally clinch the title he had been chasing for so long: “For now I would say less pressure, because that was the big carrot I was chasing, the first championship. The first one, it was hanging over me for so long, being so close for two or three seasons there and to finally close it out in 2020 was everything for us. I have huge motivation to defend it and do what I can to keep that plate.”

Regarding the three events within a week at Houston to kick of the series, Tomac admits it will be difficult to adjust the bike in between races with no-one able to go back to base a test for a week like normal.

“That is going to be hard,” he admitted. “That’s one thing we have to deal with, I am on the same motorcycle as last year, so that’s nice going into that going into that knowing what I’m working with, that huge for me. I’m not guessing and wondering if it will work in race conditions. (I’m) kind of going with what I know last year and just going with that. That is a huge deal, if you have to make an adjustment can you adapt to it? That, I don’t know yet, but one thing’s for sure, we have got what we have last year to go off of and we will roll with it from there.”

Whether Tomac will ultimately find the championship harder to defend than win initially remains to be seen as the season progresses but, for now, the defending champion is calm, determined and motivated to win two in row!