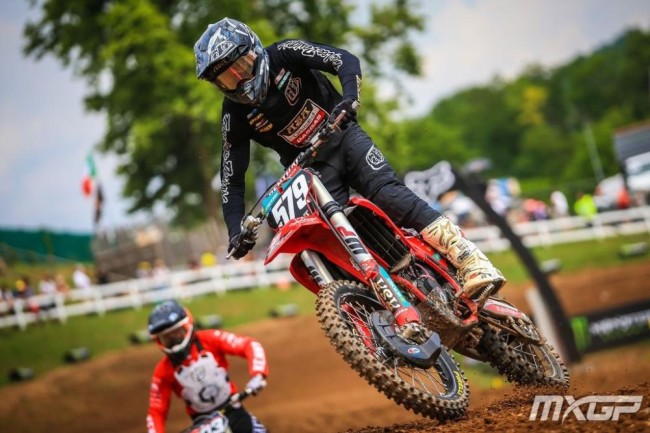 Bobby Bruce finally made a return to racing during the weekend at the British Championship which took place at Whitby and we are about to see a lot more of the young Brit.

After a strong year racing the EMX125 series last year, Bruce was hopeful for a strong 2022 season but a knee injury has meant he’s had to sit out the majority of the 2022 season.

The rest of the season will be exciting for Bruce as he’s told us he plans on racing the rest of the MX2 World Championship events starting this weekend in Sweden.

“It’s been a long recovery with my injury and not had long back on the bike but I was glad to be back racing at Whitby with no expectations but to have fun in both of the moto’s. I’m planning on racing the rest of the Grand Prix’s in the MX2 World Championship instead of EMX250 as I think I will get the most out of it and get experience for next year”, Bruce told GateDrop.com.

“I have no expectations as it will be my first GP in the MX2 class so I’m just going to give it my best and see where I end up. I’m really thankful for the ASA United GasGas team for giving me this opportunity and having no pressure from them which is really nice”, added Bruce.

It’ll be a great opportunity for Bruce to race with the best 250cc riders in the world and use it gain experience for the future – perhaps he’ll race the entire MX2 World Championship in 2023? It would certainly be nice to see another young Brit behind the GP start gate.