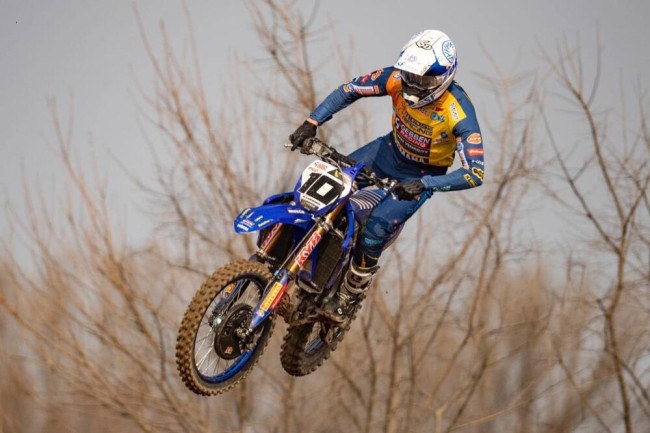 The third round of the MXGP World Championship heads to Argentina which sees the location back on the GP calendar after being missing due to COVID-19. Whilst there might not have been full rider line up’s at the opening MXGP rounds at Matterley Basin and Mantova, the line up’s have still be quality. However, for the third round of the series will be down some riders.

“Not bad for an “OLD“ guy. Good day yesterday with a P9 and P8 for 8th overall also in the championship I’m doing good and really happy about that! The track was not easy but still enjoyed it, From the other side I’m really disappointed that I have to inform you guys that as a top 10 rider from the world championship MXGP, I will not be at the next MXGP race in Argentina… I’m not injured and fully fit to race. Thanks for the support”, Van Horebeek stated on social media.

The Gebben Van Venrooy Yamaha team have also confirmed that Calvin Vlaanderen and Arminas Jasikonis won’t be making the trip either.

“The team will now a few weekends off and come back ready for round four of the series in Portugal – the team have decided against making the long and expensive trip to Argentina”, Gebben Van Venrooy Yamaha stated in a press release.

With these two teams ruled out, the line up in MXGP will certainly be affected which is a shame and we have to see what the line up will be like in the MX2 World Championship as well.

At the end of the day, it’s a World Championship so some races outside Europe is required but team’s clearly need support in order to make the trip. In order to make these races a success (they have been in the past), Infront Moto Racing should consider helping the teams financially in order to get to the races.

Last year for the Turkish double header,  we believe Infront Moto Racing did decide to drop the entry fee so deserve credit for that but perhaps it’s an approach they need for all fly away races.

Infront Moto Racing do a good job running the MXGP World Championship and especially the events held in Europe but perhaps the fly away rounds need addressed as the teams clearly need some sort of support.

Hopefully the entry list for round three of the series is better than expected and we can see some great racing in Argentina before the series returns to Europe.