Video: Barcia on taking Stewart out – I was going for it! 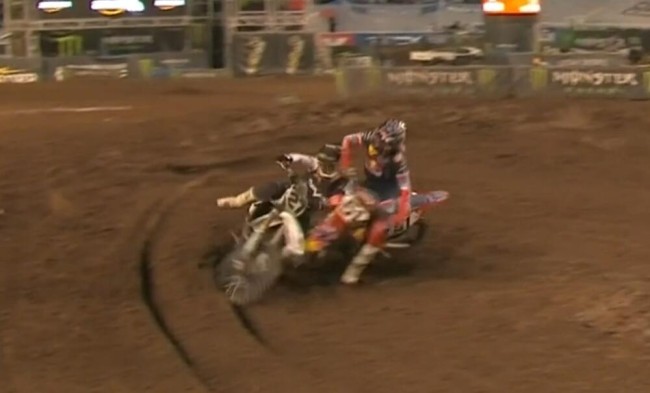 Things are getting spicy here in SLC 🌶

Stewart said: ” I was just putting a charge in and Justin straight up T-boned me, we were racing clean all year long and that was dirty. We are definitely going to have a talk. I’m so thankful to get third overall, that’s what counts, that’s where the money’s at.”

A fiesty and unapologetic Barcia, who was booed said: “Fans aren’t happy we were racing for third in points. I was doing everything I could. It was an aggressive pass, I’m going to own that. What do I say, i wanted third, I was going for it. I’d like to think I would to think he would have done the same thing but maybe not. Sorry guys, I’m here racing for a living, but love or hate it this is me since day one.”

“Sorry guys but I’m here racing for a living, this is what I do” 🗣 @JustinBarcia on his move on Malcolm Stewart

Barcia then said in the press conference: “Not much to really say about it, we were racing for third in the points, I wanted it bad and maybe it was too much but that’s how I race I guess, it is what it is. When there’s an inch I take it, that’s just my style, I’ve always raced like that. There was money on the line and I wanted that position, I wanted to be third in the points and unfortunately I didn’t make that happen which is a bummer but, all in all, this was my most consistent season.

*Following the race, Justin Barcia was docked 10 points in the season standings and fined for his pass on Malcolm Stewart. Moving him from 4th to 5th overall.