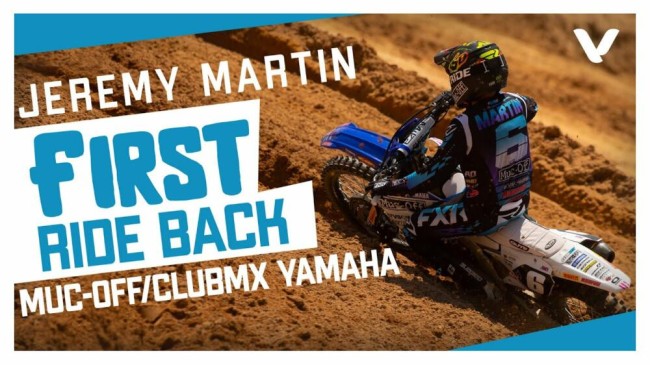 After a successful debut as a co-commentator at Millville, Jeremy Martin is back to his regular job as he gets some bike time on the ClubMX Yamaha – the team he will ride for in 2023.

Jeremy, who was at Star Racing Yamaha this season only for a shoulder injury to ruin his year, will replace older brother Alex on the team. Vurb moto with the footage and interview with the former US outdoor champ.