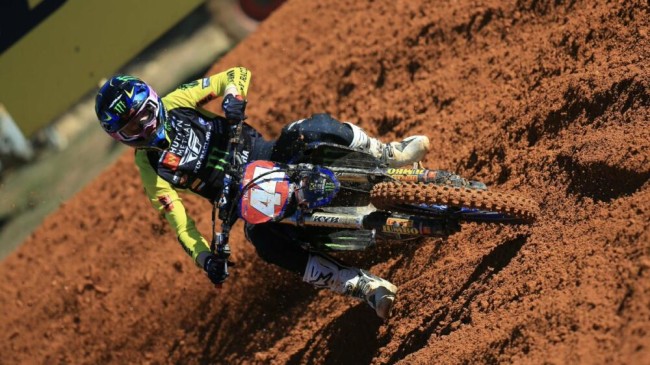 Rick Elzinga took the opening moto win in Agueda in a dominating performance as Toendel, Osterhagen and Sacha Coenen all hit the gate! Camden McClellan took a great second with Lucas Coenen third as Toendel came all the way back to sixth in a very strong ride.

The WMX opening moto was entertaining as Lynn Valk eventually took the win after an early four way-battle with Hughes, Valk, Van de Ven and Papenmeier all seeing a potential victory within their grasp. Valk eventually got free and pulled away as Van de Ven just about held off Papenmeier for second.