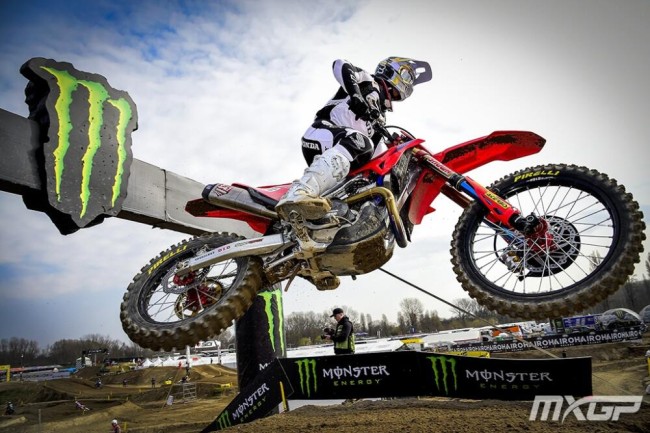 Jorge Prado and Tim Gajser were locked in a very intense battle in the first MXGP moto of the day. It was the Spaniard who got the holeshot and it looked like Gajser made a move on the first lap but Prado instantly responded. It looked like Gajser was quicker during the first half but towards the end Prado upped his pace and pulled away to take a very big win.

For the first twenty-five minutes Maxime Renaux was right there in third riding superbly well in only his second MXGP race but he ended up settling for third. Jeremy Seewer had an early crash but rode back well to finish a solid fourth.

Brian Bogers looked to have a top five in the bag but suffered from late race arm pump which left the door open for Ruben Fernandez to finish an impressive fifth. Thomas Kjer Olsen didn’t get a good start outside the top ten but rode well to come home in sixth.

In the second moto, it was normal service resumed for Tim Gajser after Jeremy Seewer crashed out of the lead. The HRC Honda rider then had a nice gap at the front – he did have a small tip over but was able to stay ahead of Maxime Renaux and then pull away again for a comfortable race win.

Jorge Prado isn’t used to getting bad starts but in the second moto he needed to work his way through the pack, he got up to fifth and was working on a move to pass Thomas Kjer Olsen but then crashed with two to go which put him back to seventh. It’s not a result that the GasGas rider was after but he was struggling with sand in his eyes from the early stages so didn’t have clear vision.

Maxime Renaux rode great to take his first MXGP overall with a second overall while Brian Bogers impressed with a fourth overall on his Standing Construct Husqvarna. 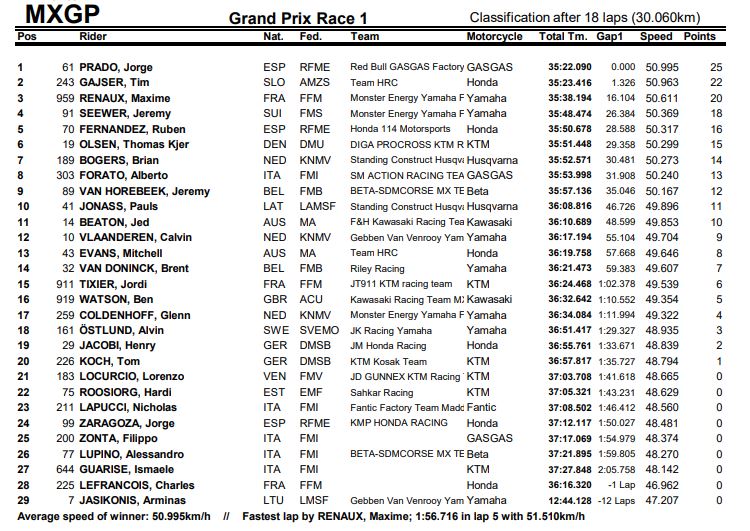 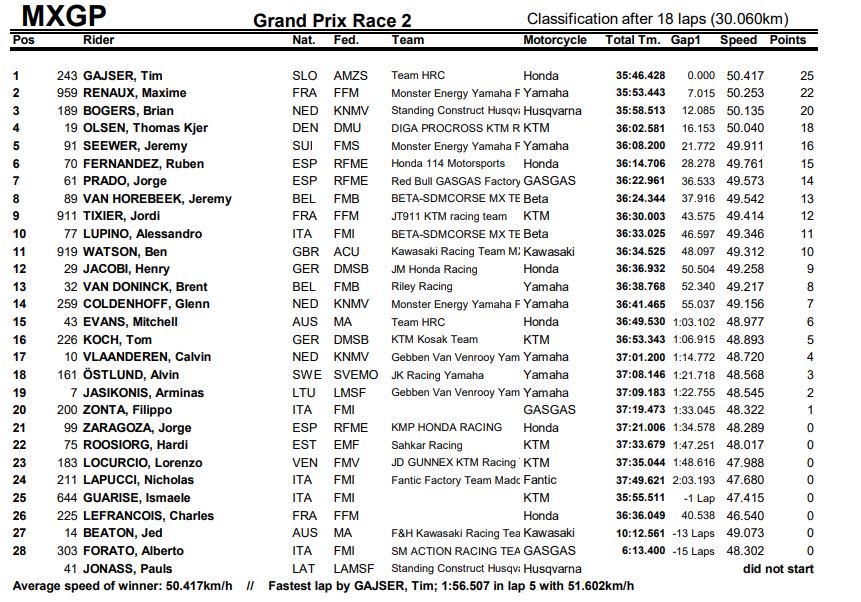 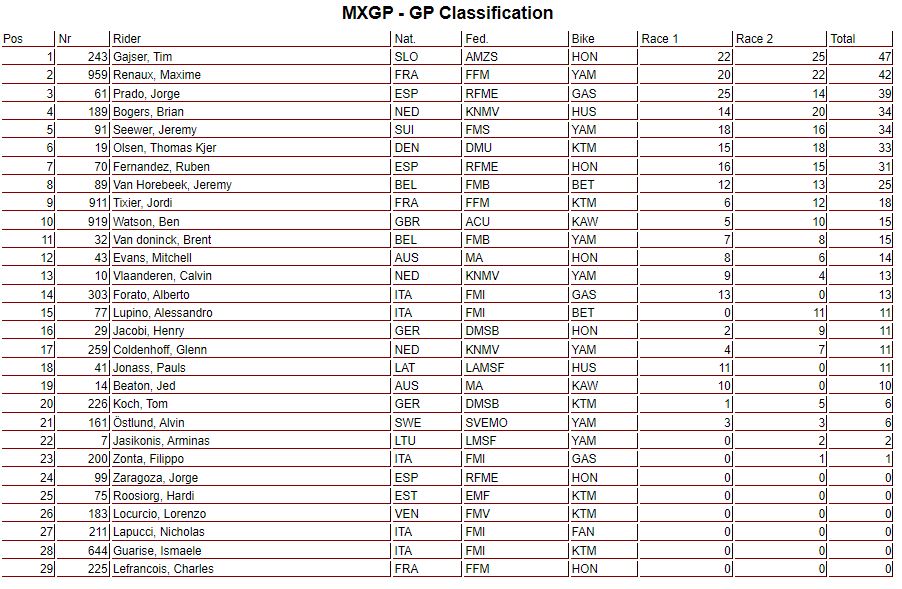 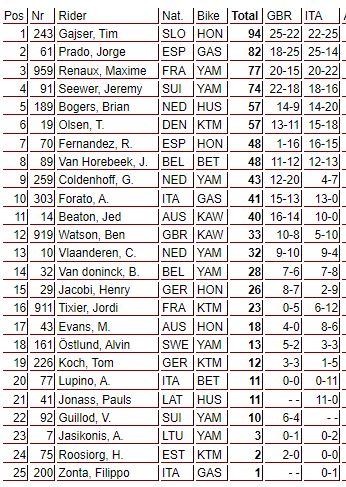