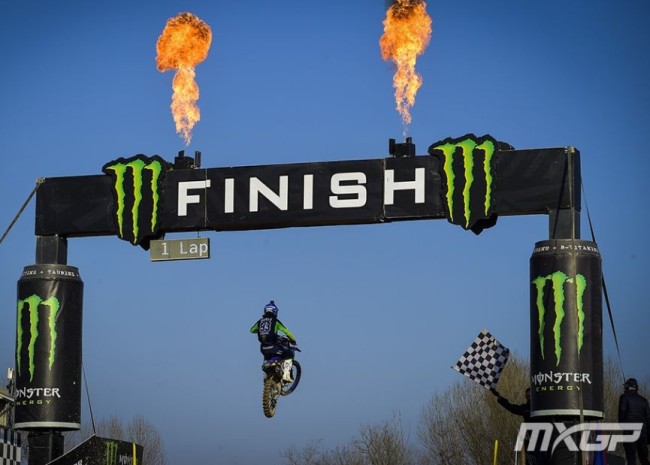 In the opening MX2 moto it was the Jago Geerts show as he grabbed a holeshot and ran into the distance simply dominating as he pulled away from MX2 title rival, Tom Vialle. Vialle looked to have second in the bag before a late race mistake which saw Kay de Wolf close up to his back wheel but the factory KTM rider held on.

The battle for fourth was intense but Andrea Adamo rode superbly well on his SM-Action GasGas to hold off Roan van de Moosdijk, Kevin Horgmo, Simon Laengenfelder and Mikkel Haarup. It is worth mentioning that van de Moosdijk and Laengenfelder are both riding in a bit of discomfort after coming together in the qualifying race yesterday and both suffered from bad starts.

The second MX2 race was complete chaos from the word go. Tom Vialle had the early lead and took one of the biggest crashes you’re likely to see all season. That left Andrea Adamo in the lead and he had Jago Geerts for company but the Italian stayed at the front for twenty minutes before the factory Yamaha rider made the move to take the win – a perfect 1-1 for the Belgian.

The rider on the move was Simon Laengenfelder who was charging through the pack and even had a small crash but was all over Kay de Wolf on the final lap and he made a move stick for second. De Wolf tried to respond and the Husqvarna rider went down but the young Dutch talent still got on the podium with a third overall but it’s a day Andrea Adamo won’t forget in a hurry finishing second overall on his SM-Action GasGas. 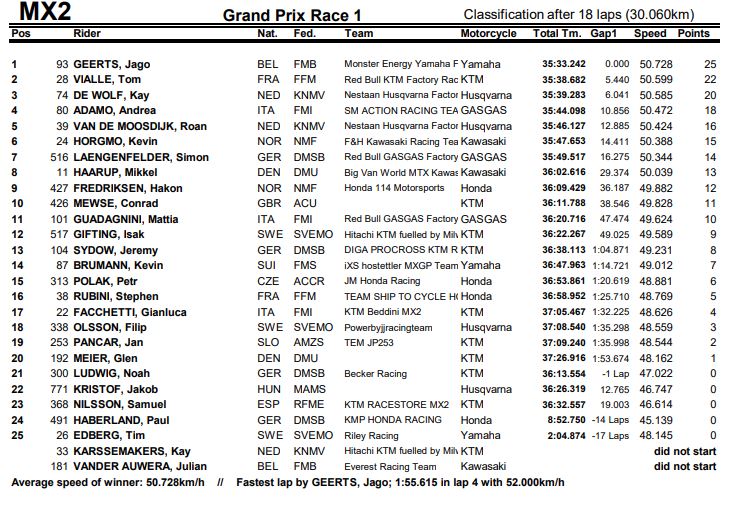 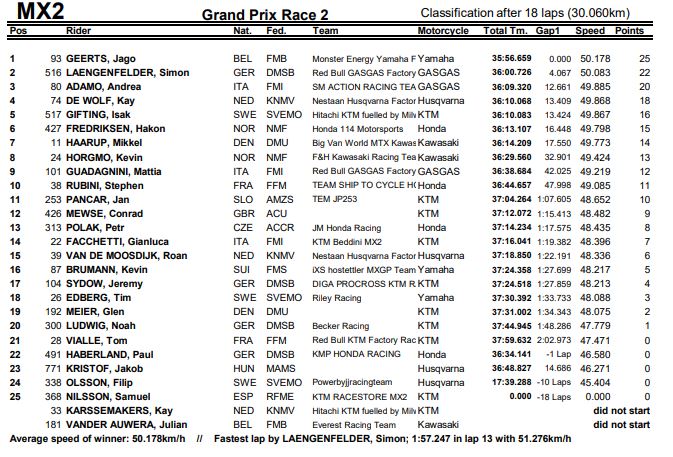 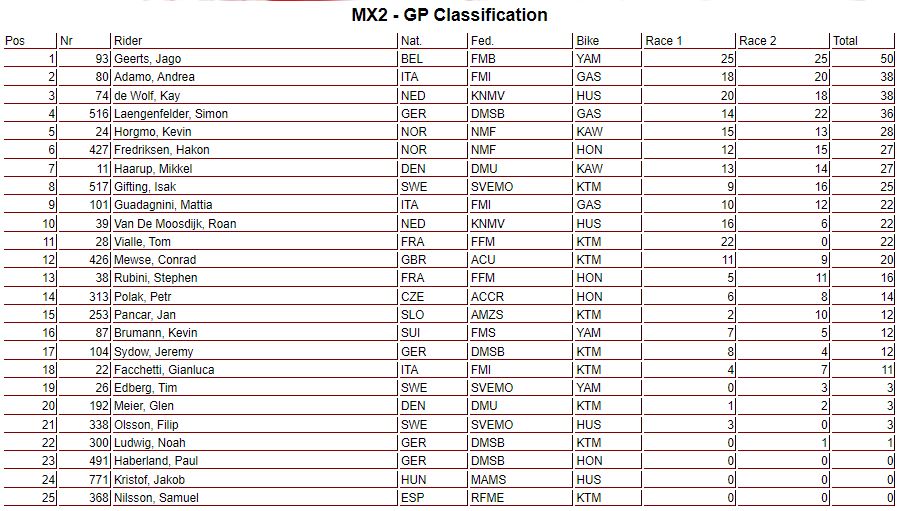 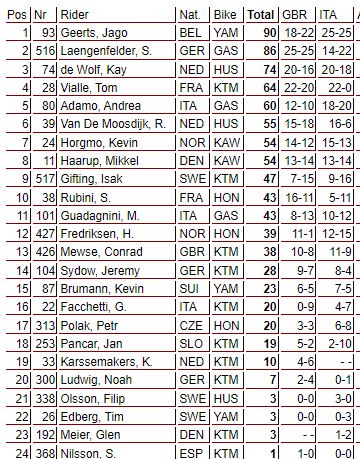