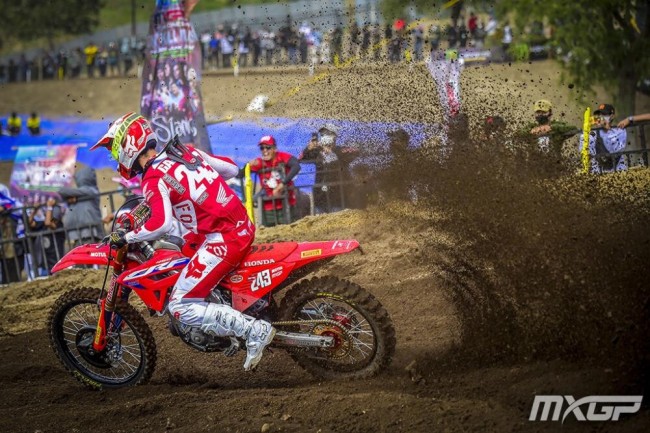 It was Tim Gajser who took the holeshot in the opening race which is bad news for his rivals at the moment! The Slovenian was able to pull away at the front and control things comfortably without being in any danger.

The battle for second was between Spanish duo, Jorge Prado and Ruben Fernandez. Prado couldn’t quite shake off an impressive Fernandez who rode really well to claim third – the best MXGP moto of his career so far.

Romain Febvre spent most the moto taking roost from Glenn Coldenhoff’s Yamaha who is struggling from food posioning. Febvre went for it on the final lap but couldn’t make a move stick – Coldenhoff will be happy with fourth under the circumstances.

Mitch Evans rode well to come home a very solid sixth ahead of Pauls Jonass who was up at the front in the early stages before a costly crash.

In the second moto, Gajser couldn’t replicate his first moto holeshot as he was fourth on the first lap but riding with a lot of flow and some great lines he was able to quickly pass Fernandez and Febvre. It was the fast starting Prado in the lead but Gajser didn’t take long to get himself around the Spaniard and then control things at the front.

Prado was second with Febvre for company and similar to the first race, Febvre waited for the last lap before trying to make a move on the rider in front of him. The Kawasaki rider knew he needed to pass Prado for an overall podium, he just couldn’t make it happen but it wasn’t for the lack of effort.

Fernandez backed up his strong first moto to finish fourth in the second moto to secure his second MXGP podium his rookie season.

It was another good moto for Evans going one better to finish an impressive fifth for sixth overall on his HRC Honda. 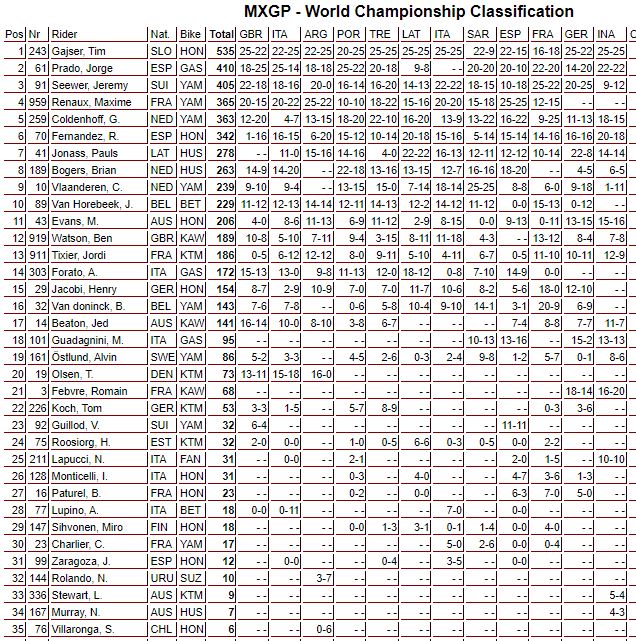