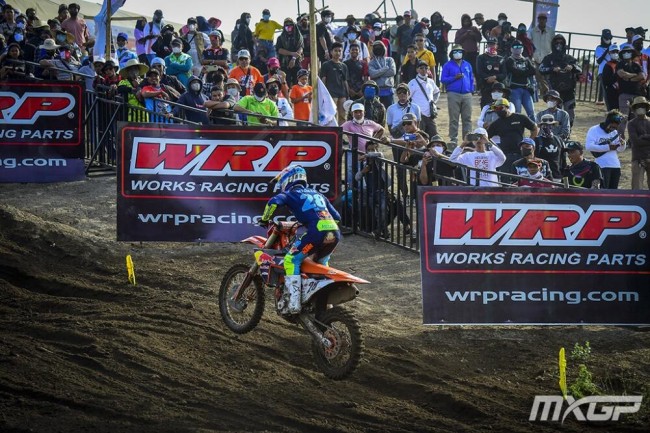 When the gate dropped for the first moto it was the fast starting Tom Vialle who took the holeshot ahead of Kay de Wolf with Jago Geerts quickly getting himself into third. De Wolf then had a small crash which allowed Geerts into second and set his sights on Vialle.

Geerts would close the gap down but then at the halfway point made a costly mistake. It allowed Tom Vialle to take an easy win in the end.

There was an exciting battle developing for third between De Wolf, Horgmo and Laengenfelder before De Wolf and Horgmo went down in a racing incident. Laengenfelder was able to benefit and finish an impressive third ahead of Thibault Benistant.

Kay de Wolf who’s battling with food positioning faded back to eighth with Andrea Adamo passing him on the final lap.

It was a chaotic second moto and it didn’t go according to plan for Jago Geerts as he collided with Kevin Horgmo at the second corner leaving the pair dead last.

At the front Vialle was leading but Laengenfelder was all over his back wheel and that forced Vialle into a rare mistake as he went off the track and took out a marshall. He was able to stay on the bike and rejoin in second but just when Laengenfelder was looking so good at the front he lost the front giving the lead back to Vialle who then stepped it up.

Meanwhile, Geerts had another two crashes but fortunately from his point of view with the low numbers, he was able to get back to fourth but still missed the podium. Thibault Benistant had a solid day to secure the last step of the podium.

Tom Vialle gets the red plate and championship lead back as the pair are now split by four points. 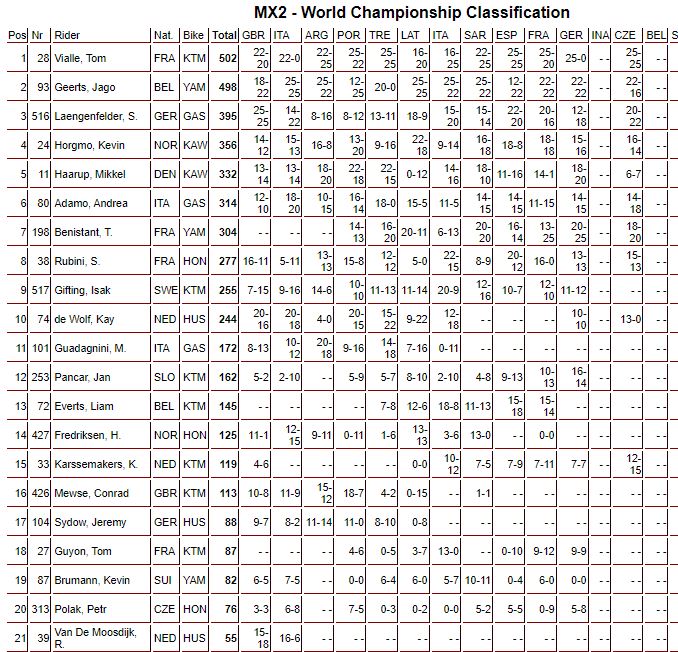