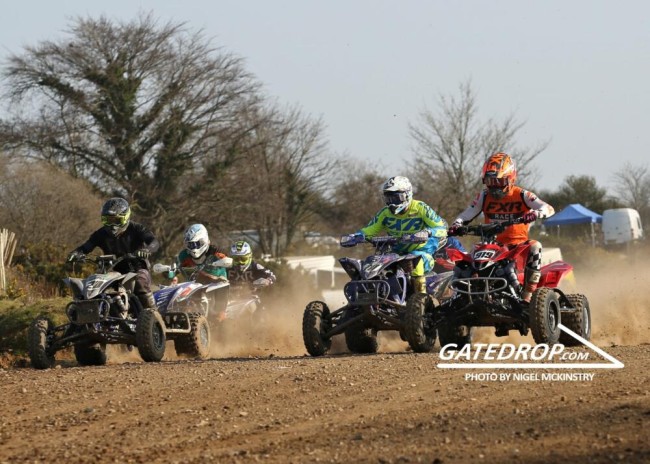 The opening round of the Irish and Ulster Quad and Sidecar championship took place at a very dry and dusty Tinkerhill circuit in Newry.

In the premier quads, it was Mark McLernon who got his season of to the perfect start. In the first moto he started in second but jumped his way past Dean Dillon to take the first race win of the year. Dillon ran a good pace to keep McLernon honest but the latter proved to be to strong. David Cowan put Justin Reid under all sorts of pressure in the chase for third but just couldn’t make a move stick, the latter who’s starting his 30th Ulster Championship season held onto third.

In the second moto, things were more straightforward for McLernon as he got the holeshot and never looked back running away at the front. There was a first corner tangle which involved David Cowan and Justin Reid. Cowan rode really well to get back to third and probably had the speed to challenge Dillon without the first corner incident but Dillon had a strong start to the season finishing second overall.

In the Sidecars class, Neil Campbell/Ross Graham held the lead in the first moto but were under all sorts of pressure from Gary Moulds/Steve Kirwan who just couldn’t find a place to pass but ended up getting the job done and then pulling away at the front. 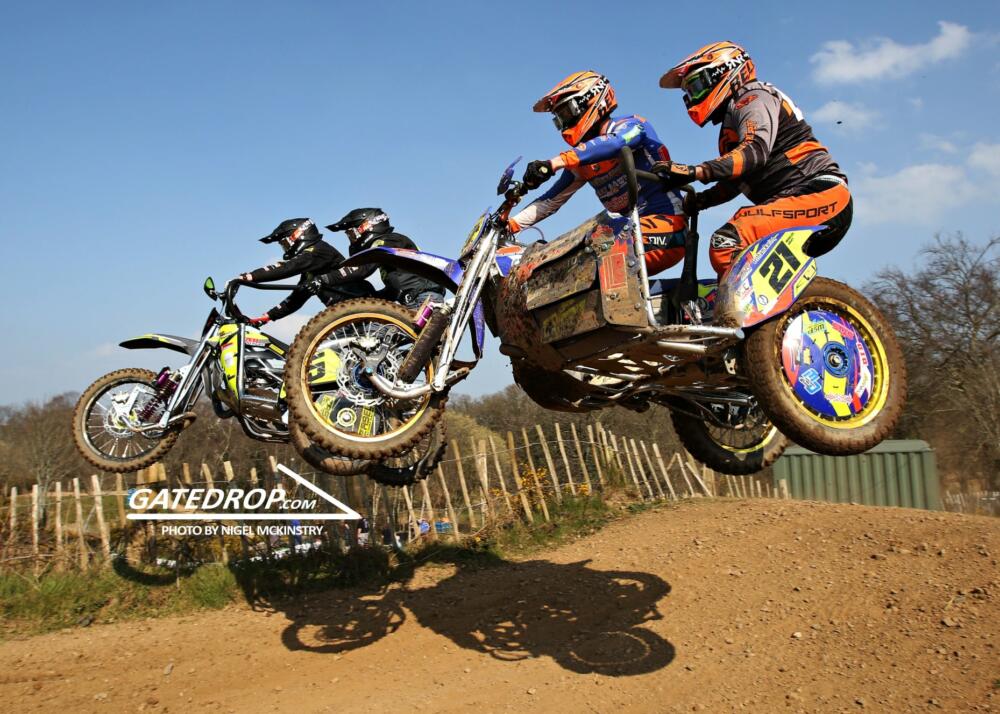 After some much needed watering during the lunch break, it helped slow the track down for the second set of races and with it being more technical it was easier to pass in the second moto’s. In the second Sidecar race, it was Neil Campbell/Ross Graham who held the early lead again but this time it didn’t take Gary Moulds/Steve Kirwan as long to get pass but then a gearbox issue forced them to retire which allowed Neil Campbell/Ross Graham to take the win.

A shout out to David Cowan’s son, Jamie who contested his first Quad race at the weekend at six years old and had the perfect day going 1-1 – he’ll hope to follow in his fathers footsteps in the future. 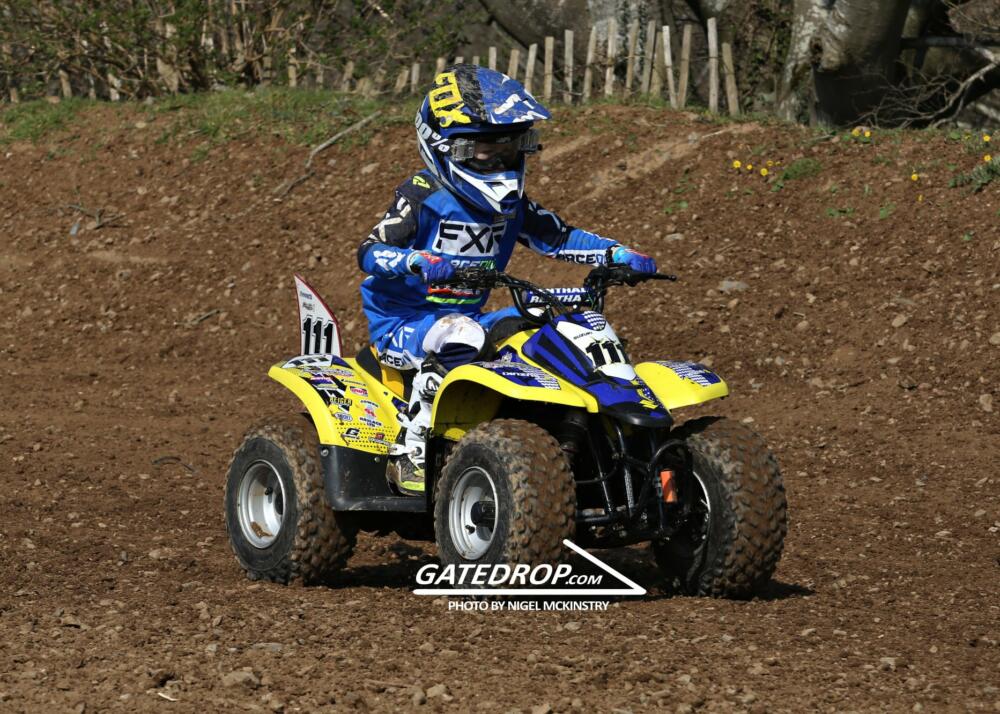 The day was sadly cut short due to timing issues so only two blocks of racing could be held but the series now heads to Tandragee next weekend for round two.