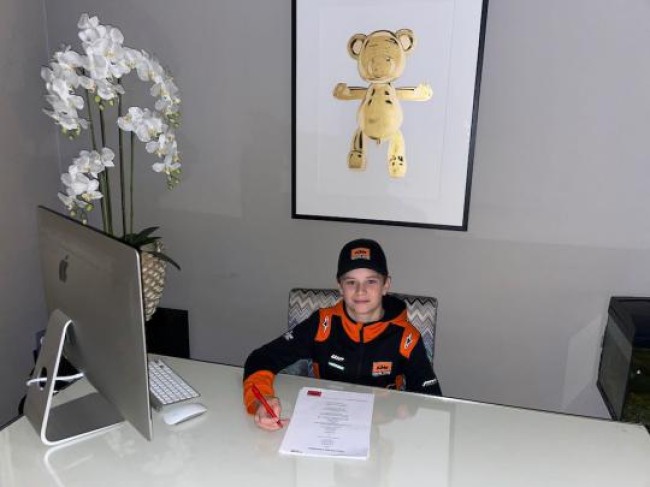 Dean Gregoire (12) has extended his contract with KTM Motorsport until 2025.

In the new contract period he will be supervised by Dietmar Lacher, manager of KTM Junior Racing.

The goal is to compete in the EMX85 and the 85cc World Championship in the next two seasons. In addition, he will compete in international competitions, ADAC, Dutch Masters of Motocross and the French Championship.

Partly due to his wrist injury, Dean now has a rest period. In November he will complete his training sessions under the leadership of Dietmar Lacher.

Dean and the rest of the team are looking forward to the new contract period with a lot of positivity.