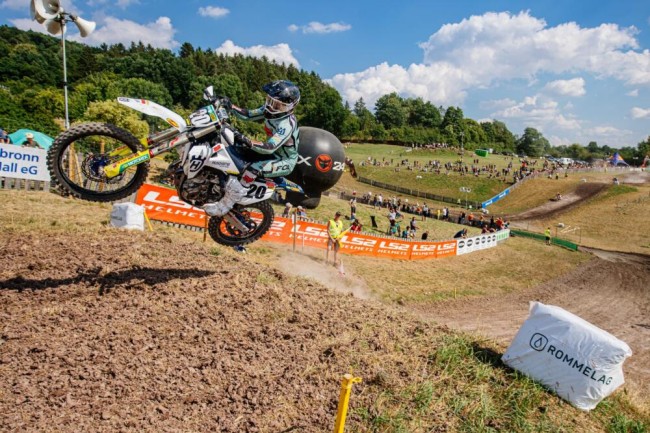 One of the biggest Motocross talents in the Grand Prix paddock is Maxime Grau. Unfortunately for the young French talent, he missed the first half 2022 season after having to deal with Epstein Barr Virus but he did make his return for the sixth round of the EMX250 series and quickly showed he had the pace to run right at the front.

Grau also made his MX2 GP debut at the Czech GP in Loket finishing 15-16 in the moto’s to comfortably score GP points at his first time of asking and picked up experience for the future.

Unfortunately for Grau, it’s believed that he won’t be part of the Factory Nestaan Husqvarna team for the 2023 season as they will fully focus on the MX2 World Championship. The good news according to DailyMX is that he will join the BT Husqvarna team.

The BT Husqvarna team have come off the back of a strong season with the Coenen twins having a great season in the EMX250 series and now they’ll hope to develop Grau who is still only sixteen years old. The main focus will be on the EMX250 championship but there’s a good chance Grau may have the opportunity to race the odd MX2 GP which will be good for his experience.

The main positive for Grau is that he will have a full winters preparation heading into the 2023 season which is something he missed in 2022 so he will be one to keep an eye on in the EMX250 series for the season ahead.