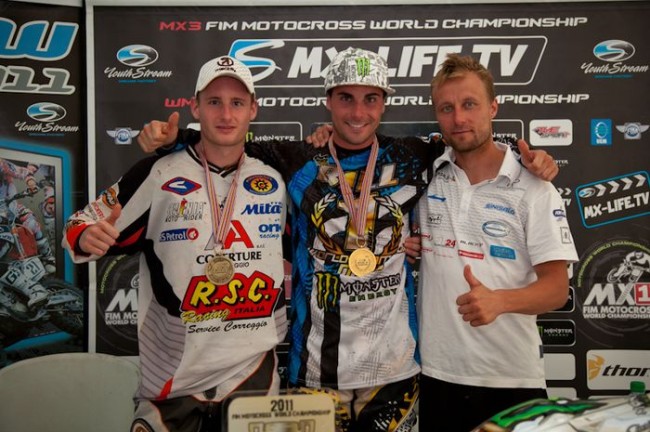 “It’s simple, when you rode for the best factory teams in the paddock and I had no results with your last team (Aprilia) nobody wanted me anymore. I guess they thought it maybe it was me and not bike. So, I said to myself, “Okay, you have 2 options now – you ride with a B or C team in MX1 and you already know you won’t have the results you had in the past, or you go MX3 with your own team and bike choice and try to fight for a World title”. My decision was made quickly”, Bill told GateDrop.com.

“It was a dream come true! You know, I think any kids in the sport some day dreams about being a world champion. It’s a big accomplishment. Also, no one has ever been Motocross World champion in Switzerland before me. So, to open the way is always something special. I mean I am in the official FIM record book next to names like Ken Roczen, Tony Cairoli and Ryan Villopoto, it will stand forever. I think you can’t add anything better than that”, Bill added.

Despite dropping down from MX1 to race the MX3 World Championship, Bill says the level was good and feels wasn’t far off his best. His championship rivals that year included Martin Michek, Milko Potisek and Antti Pyrhonen to name a few.

“Back in 2011 the Factory teams like KTM Red Bull weren’t there anymore, but the level was tough. I mean, I was fighting for top 5-10 just two years earlier in MX1, so you can imagine with a good bike that I wasn’t far from that level still. I believe it gives a good idea of the speed in this championship. I think we deserved to race at the same place and same weekends as MX1 but Youthstream decided to separate it unfortunately”, concluded Bill.