Interview: Maxime Renaux on his rookie MXGP season and managing his expectations 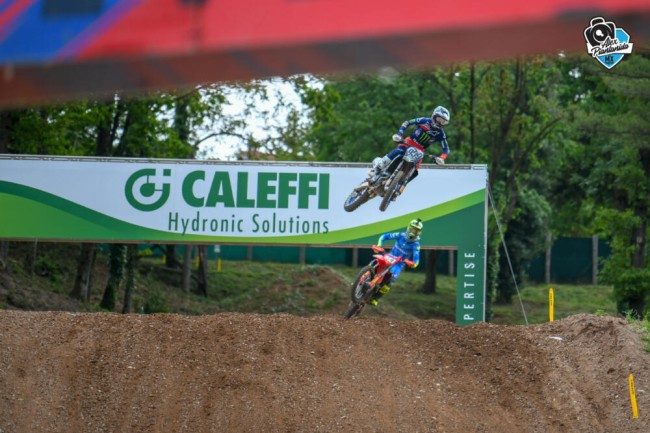 He might only be an MXGP rookie but Maxime Renaux hasn’t need time to be a front runner and aside from Tim Gajser has been the most consistent rider and so far hasn’t been making mistakes you might expect from a rookie.

The French talent has moved up to the class after winning the MX2 title but he looks at home on the 450cc but he’s made it no secret that he wants to win.

We caught up with Renaux to discuss his rookie season, his expectations and more.

GateDrop: Maxime, even though you are an MXGP rookie aside from Tim Gajser you have been the most consistent rider in the class so you must be happy with how your season is going so far?

Renaux: I am quite happy. If I look at the big picture from the beginning of the season, I am happy. It’s been a good beginning of the rookie season but today I am not happy about my riding. It wasn’t myself on the track and I didn’t ride the pace I am able too. The starts were really good so I am happy about that because we made some good steps forward and good improvements. That is what we are looking for but on track I wasn’t myself. I didn’t have a good rhythm and was making too many mistakes as well as bad line choices. I still need to learn, it’s a rookie season in MXGP and sometimes I need to not ride it like a 250cc but step by step.

GateDrop: You say you aren’t happy with the riding but you still got on the podium so that’s the positive of the whole weekend and also your expectations have maybe changed since the start of the year – at round one if you rode the same as today you’d have probably been over the moon!

Renaux: Sure, I mean it’s a podium so you have to be happy but yeah… my expectations are high and I know for a rookie season they’re quite high but they’re not really based on results, they’re based on what I know that I can do. If I was riding at the top of my level and only doing fourth or fifth it would still be good for me. I’m a racer so I just want to give the best of myself, and I know that I can do much better. I know that when I give 100% of myself that I can win moto’s and races so we will work for this because winning GP’s and races is what we are looking for.

GateDrop: What was your thoughts on the track both on Saturday and Sunday – it was very different!

Renaux: Today was really technical and tricky, it was a really slow track compared to Saturday when it was quite fast and a flat track. It was a completely different day but both tracks were interesting and technical. It’s a GP on the World Championship and they’re known for the tricky tracks where you have to be precise and today was further proof of that.

GateDrop: We have switched back to the two day formats this year after two years of one-day formats due to Covid, have you noticed the tracks being rougher this year or has there not been to much difference? I do feel like the tracks have been really good and rough this year…

Renaux: A bit more rough, yes but last year was also rough. I do believe it’s a little more rough and when we go to the sand races it’ll be even more. I think it’s a good thing to go back to the two-day format so you have more time, it’s a good thing.

GateDrop: You raced the MX2 World Championship for a couple of years, how have you found the transition to the MXGP class?

Renaux: I just found that the bike is completely different. It’s different and the way of riding, the reaction of the bike also so you have to be really focused. Everything can do wrong in a second so you have to be more focused and it’s more physical for sure. The technique is also required for the bigger bike.