Interview: Tim Gajser on his dominant MXGP season so far 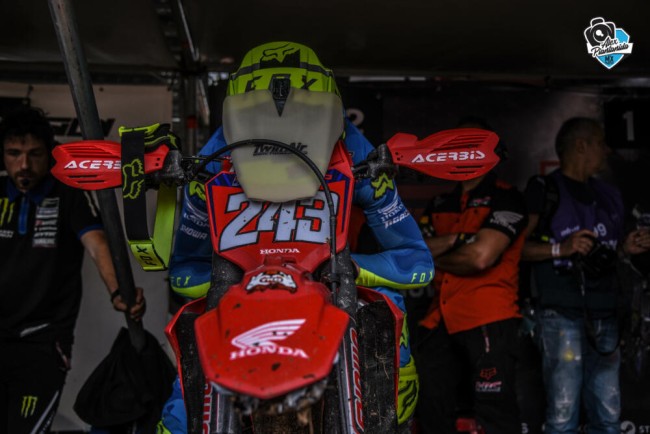 What a season Tim Gajser is having. After missing out on the 2021 title he’s come back this year with some amazing form and speed – he’s going to take some stopping.

The Slovenian is already looking good to win his fifth world title this year if he can stay injury free and on current form he should rack up the GP wins.

We caught up with Gajser to discuss his great start to the season and more.

GateDrop: Tim, you’re on a bit of a roll at the moment taking another dominant win. Can you talk me through your day?

Gajser: It was good. I was enjoying a lot both moto’s, I had a solid start, not holeshots but I was always in the top five. I had a good couple of good first corners where I could pass a couple of riders and I was in third in both moto’s. I was just waiting there finding some good lines before making passes at around halfway. I made a little gap and could control the races, so I am really happy. I really liked the track today, it was really technical and especially in the second moto with more lines in the corners. We had to really pick the right line and it was good.

GateDrop: Just on the level this year – obviously last year was probably the most exciting season is history probably with yourself, Febvre and Herlings going for the championship with Cairoli and Prado right there too… The level maybe isn’t quite as a high but at the same time you are riding brilliant and this might be the best Tim Gajser we’ve ever seen?

Gajser: Honestly, I am feeling really good. I don’t think I’ve ever felt this good, this confident and everything. I don’t know… it’s difficult to say when the other guys aren’t here but I feel really good (laughs).

GateDrop: Just on last year I am sure you would have been disappointed not to win the title… you always strike me as someone that’s always very motivated, but did that make you ever more motivated coming into this season?

Gajser: Last year was difficult and especially halfway I was leading the championship quite comfortably but then I got hurt and got injured. After that it was kind of a struggle towards the end but still, I was in the fight for the title until the last moto. I would say that I was definitely disappointed but at the same time I tried to learn as much as possible and of course it gives me a lot of motivation for this season to come back and show everyone that I have the speed to fight for the title.

GateDrop: I remember being at Valkenswaard the year it was really really rough and you battled Herlings in the sand… I remember watching you with the bike and it looked so so good – you wouldn’t have thought there was bumps on the track and you could put the bike anywhere you wanted…The bike seems to always get better as well, what’s the secret?

Gajser: I would say that I try to learn every year and I already have quite a lot of experience. Every year you learn something new and with the team, I have to say that I am super happy. They do whatever I want and whatever I ask for they provide. It is super cool and together we always build a great bike, a great base at the beginning of the season which is really important. When you have a good base you just make little changes because every track is a bit different whether it’s different bumps or different dirt. Overall, I have to say that I am super happy with the bike and everything. We are working really good with the team and at the moment everything is clicking… let’s hope we can keep rolling like that (laughs). 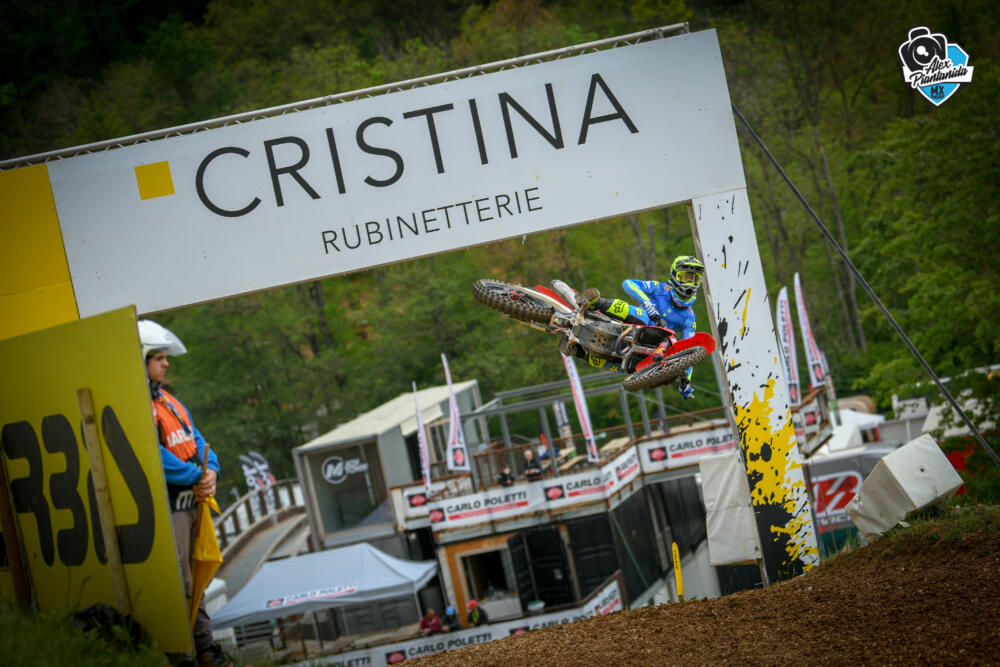 GateDrop: Last year after Mitch Evans got injured, you were the only Factory HRC Honda guy, what’s it like having Mitch back even just for the atmosphere and having someone to put laps in with? Also, Fernandez as the third HRC factory guy even if he’s under a different awning must be good to share data and things like that?

Gajser: Mitch is a great guy, and we always have a good relationship. It’s funny having him around and I am happy to see him improving each weekend getting better because he had a big injury two years ago which meant he missed the entire 2021 season. It’s nice for the team and everyone involved to have, let’s say three HRC Honda bike on track. It’s good for the team and everyone.

GateDrop: Just on the tracks this year, they’re getting a lot rougher due to the two-day format but also with the track prep these days they seem to be ripping the tracks quite a lot now which means they’re softer so it feels like quite a while since we’ve raced a hard pack track like concrete, do you miss those kind of tracks because you’re really good at the rock hard pack tracks?

Gajser: No, I actually really like when the track is super deep with deep ruts and a lot of ruts so today, I would say was the best track this season so far. I really didn’t like the track yesterday because it was quite hard pack, not many lines and no ruts at all in the corners. When it’s flat everybody is fast and it’s difficult to make a difference but when it’s so rough when you find a good line you can gain even a second in just maybe one corner. So, I definitely prefer it when tracks get deep and difficult when the pace is a bit slower, it makes for better racing as well.

GateDrop: Last question, the MXGP World Championship standings, you are miles ahead now… is it going to be difficult to forget about that and just focus on what you have to do each week?

Gajser: I would say yeah… you know, the lead is quite comfortable already, but I don’t really look to the championship because there’s still a lot of races to go so I just want to go each GP and have fun, enjoy and ride like I know without any pressure. Let’s just keep rolling (laughs).