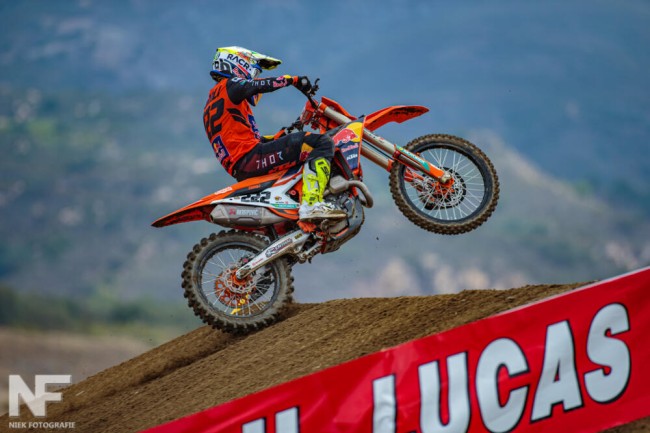 Antonio Cairoli at 36 years old and after announcing his MXGP retirement, decided to contest the opening round of the AMA Nationals. The Italian came in with little prep and still comfortably finished in the ten top with a seventh overall.

We will see Cairoli race round two at Hangtown as well and then a decision will be made moving forward. Will he race the full series? Let’s see!

GateDrop: Tony, the news we got as fans that you were racing here was quite short notice… when you did decide to race the first AMA National?

Cairoli: It was around one month ago. We were waiting for other riders to see what they’d do so it was only the last month that I got the okay to ride. Like I’ve already said, I didn’t really have the chance to prepare – in one month you cannot prepare for such high level of racing. I take it as it comes and no expectations.

GateDrop: You raced the 450 KTM, have you tested this bike in Europe or only in America?

Cairoli: No, in Europe we cannot ride as we use a different frame. I setup my suspension for that frame (in Europe) and that frame is different and softer so you I didn’t have such a good setup. We needed more testing time but here you don’t really have tracks to test because everything was quite flat here and not a track like this. We struggled today but like I said, I’m not expecting too much and just taking whatever comes. Maybe for the next race we will have a better setting.

GateDrop: You’ve had such a long career so have raced a lot of tracks, what track would you say is most similar to this one at Pala?

Cairoli: I think the track they are riding in the GP at Spain, the ground is harder but the layout, the jumps, the off-cambers in some places. It is a little bit the same and the MXGP of Turkey is similar as well. 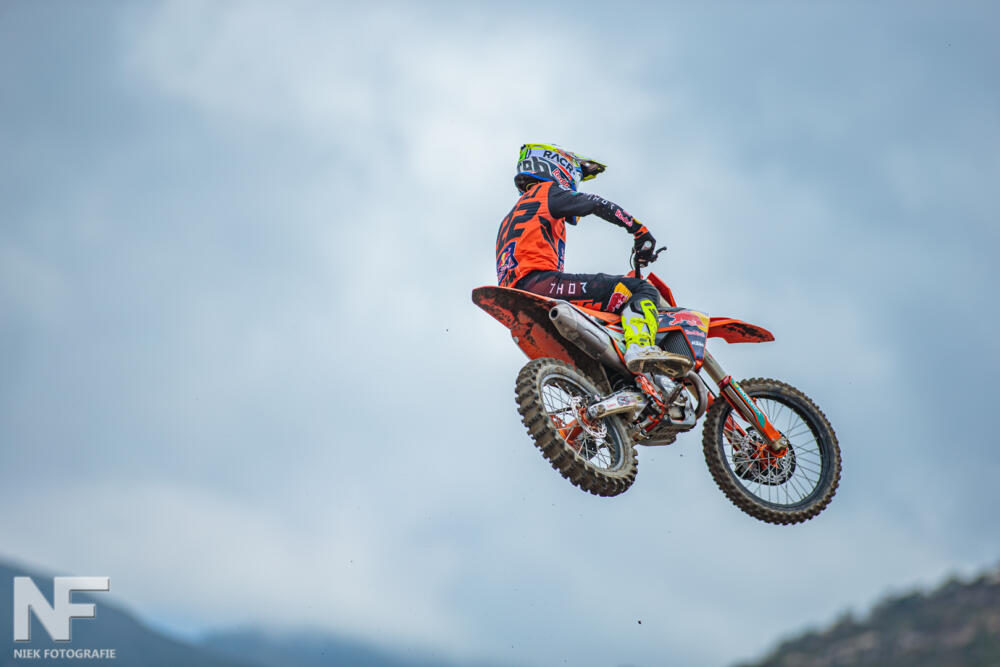 GateDrop: Your wife, Jill is here and obviously your son (Chase), what’s it like having Chase at the races?

Cairoli: It’s nice, of course. We are not really focused on going for the win, I am just here to enjoy everything and it’s nice they are here. They can play around and have some fun.

GateDrop: From today’s results you can build up, let’s say you are in a podium position in a couple of races… do you plan on maybe doing the full season?

Cairoli: I don’t know, I will decide after Hangtown. For the moment I have only got a deal for the two races. After we will see… I don’t really think about nothing at the moment. I will just do the next race and then we will see.