DeCoster on Webb – I believed in him 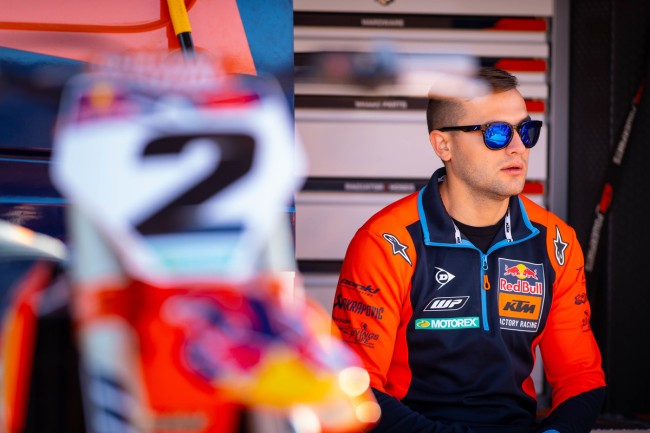 In a revealing convention, Roger DeCoster spoke to Tom Jacobs about his belief in Red Bull KTM’s new signing for 2019, Cooper Webb, even if he wasn’t initially expecting Webb to win the supercross title in his first season!

DeCoster offered some insight into why he thought highly of Webb even in the meetings before the signing took place.

“It was nice to be able to help him,” said DeCoster. “I believed in him and that’s why I wanted him. He may have come (good) a little bit quicker than I thought he would but I really believed he could do it but maybe not the first year but after a couple of races and after what he did in San Diego and the way he rode there, I could feel maybe this year he can do it.

“He also, when he talked to him at the very beginning before he signed, our meetings were usually Ian and I and he always came by himself. We were very straight and honest with him what he needed to do, it was not going to work if he did not put in the hard work on the fitness side and the work before the season started.

“Being open and honest, then you can help each other, it’s super important. If he had come with an agent and the agent had been talking for him, it would have been easier for his side to say no problem, we can do that, I’m the best, I did not win last year because of the team or bike.”