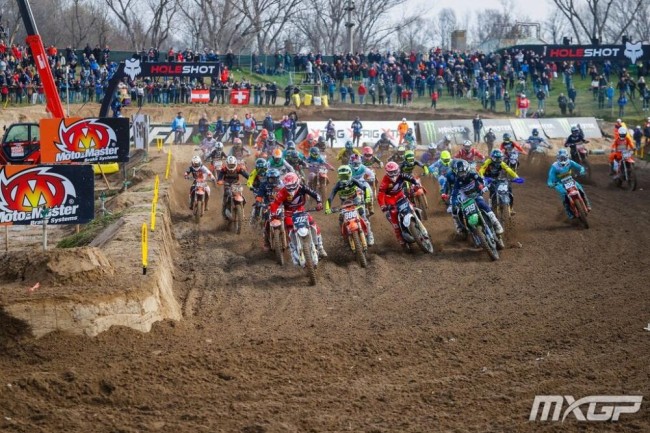 After finishing third in the series last year, Rick Elzinga came into the season as many people’s favourite for the title but that adds pressure. However, the young Dutch talent didn’t show any signs of that at the opening round as he had a very mature ride. His starts weren’t the best but he never panicked and worked his way through the pack and let others make the mistakes. 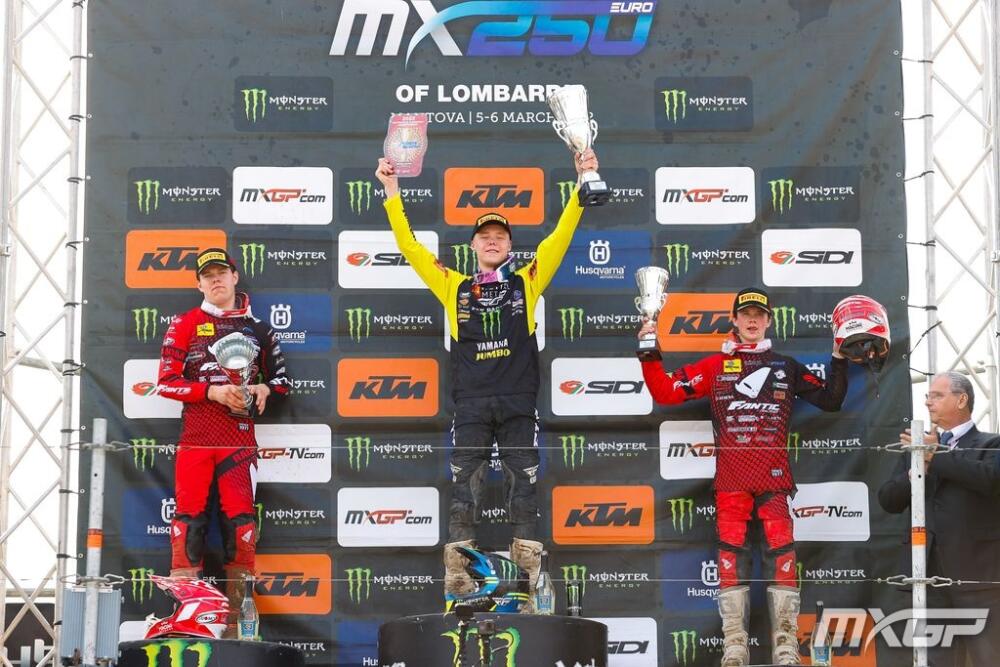 1-4 was enough to take the overall win and Elzinga now has the red plate heading into round two. There’s no doubt he’s after the title this year and he’ll be disappointed if he can’t win it but it’s not going to be easy especially with the Fantic’s but he’s started the season as he’ll mean to go on – winning!

In terms of speed, Cornelius Tøndel had a fantastic weekend on his Fantic but it’s a case of what could have been without the moto one crash. The Norwegian had worked his way into third and it looked for all the world he had the pace to win but a costly crash demoted him to seventh.

The Fantic rider put things right in the second moto though taking the win and controlled things at the front to take his first EMX250 race win – there should be plenty more of them throughout the season as well. Tøndel will be knocking on the door for championship glory this year and is likely to be Elzinga’s biggest threat.

What a talent! Haakon Osterhagen missed a lot of racing last year after breaking his leg when it looked for all the world he’d win the EMX125 championship. Despite missing so much racing last year you wouldn’t think it – he’s clearly had a fantastic off-season and looks at home in the EMX250 series. 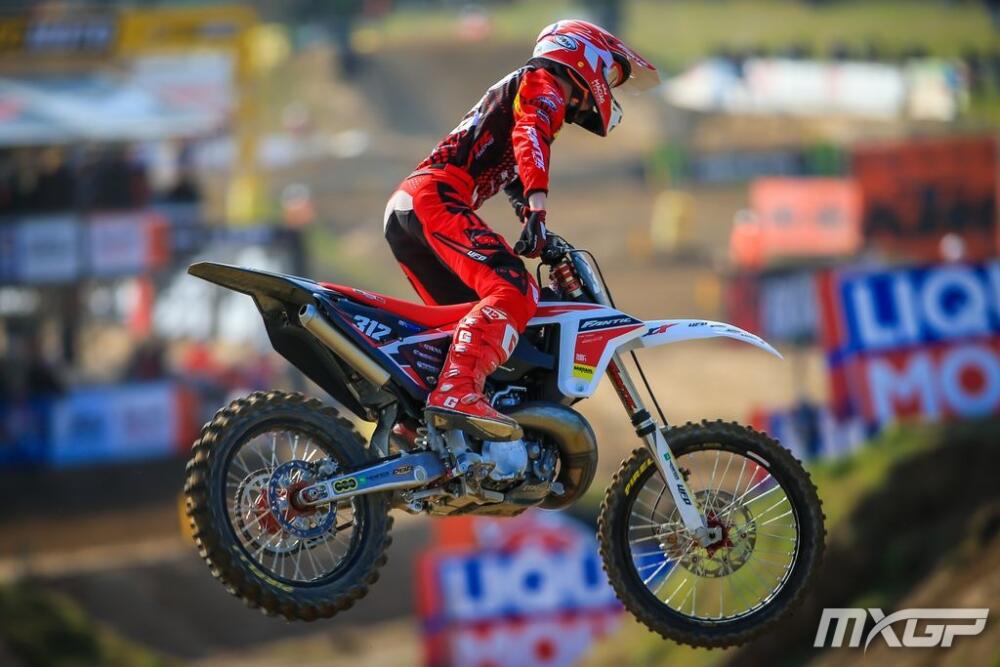 Despite it being his first race in the EMX250 series, Osterhagen or the baby faced assassins as Paul Malin likes to call him, went 4-3 in the moto’s to secure a podium in his first attempt. It should be a big confidence boost as there’s always a bit of an unknown factor going into your first race in a class but the Norwegian passed with flying colours.

After a difficult season,  Vettik should be feeling confident after a first opening round of the series so there’s no reason why he can’t be a consistent front runner. On another note, the two strokes look to be taking over the EMX250 series – three of them in the top four!

Starts weren’t the best for young Spanish talent, Oriol Oliver but he was able to work his way through the pack and showed that he had potential podium speed. In moto one, Oliver was buried down in thirteenth after the first lap but stayed calm and composed. 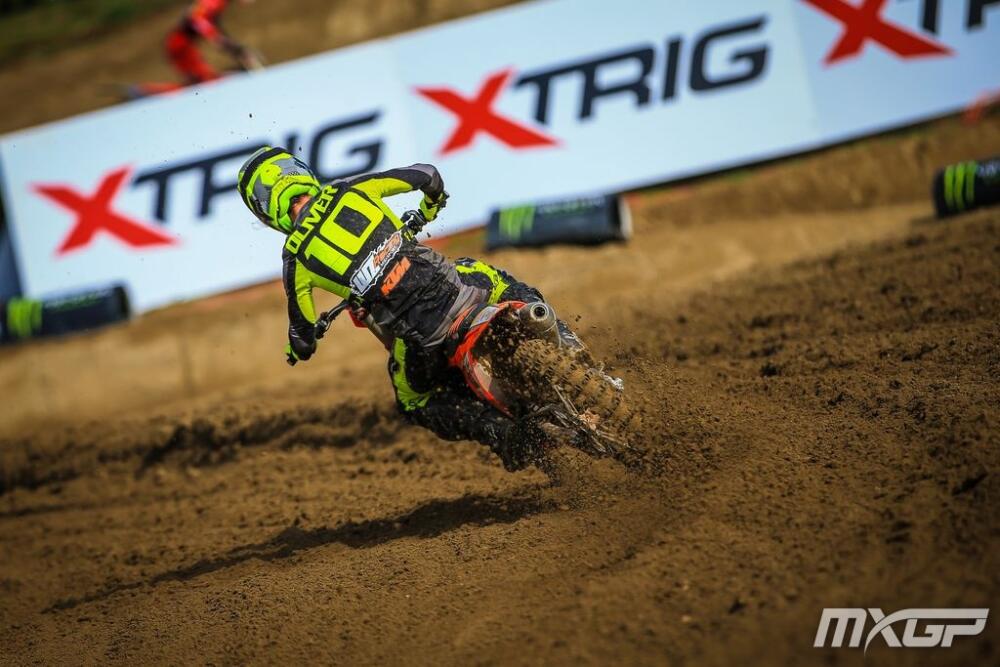 The WZ KTM rider ended up working his way through to an impressive fifth which isn’t easy to do in such a stacked class filled with a lot of bright young talents but Oliver now knows he has the speed to get on the box and will hope to deliver a podium as soon as possible.

Last year didn’t go according to plan for Jorgen-Matthias Talviku after a promising rookie season in the class in 2020. After signing a deal with the Sahkar KTM team for the 2022 season it’s all change for Talviku and it looks like being with an Estonian team is exactly what he needed. 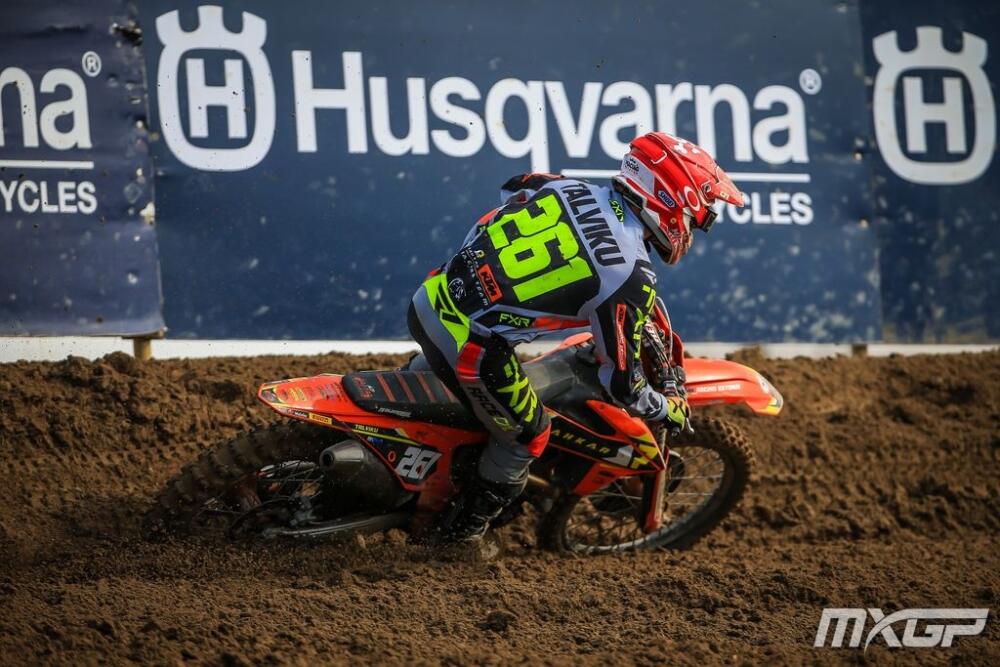 In the first moto, Talviku was right at the front – after starting in eighth he charged through to third and held off Osterhagen on the final lap to hold onto a top three finish. After a tough year, it would have felt good for Talviku to be right at the front again. The second moto didn’t go quite as well but a solid tenth meant he ended up sixth overall and that’s definitely something to build on. This year is all about getting back to his best and it’s a promising way to start the season.