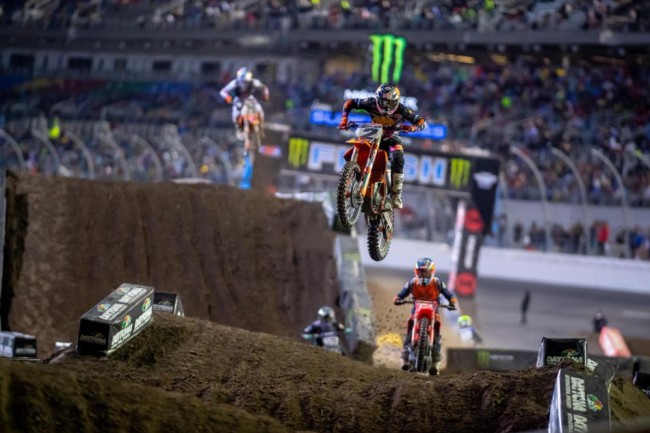 With the verbal duel on the back of Webb’s pass last weekend at Daytona that saw Roczen accuse Webb of being scared of him and playing games – before adding that he can play those games too. It’s clear that Ken Roczen is done being the nice guy as the battle for a supercross championship he has long desired, hits the home straight.

These two have history on and off track and while things seemed to be cool between the pair more recently, the fight for a title and Webb’s intent on doing everything he can to gain an advantage has finally got to a usually cool and calm Roczen with the gal now down to two points.

Will Roczen make good on his motivation to give as good as he gets with a ruthless Webb who appears to be prepared to try anything to force a mistake or mental error from Roczen?

See the collection of battles they have had below as the rivalry looks set to go up another notch this next week in Texas with three events in a week and a very prestigious title on the line, with Roczen admitting Webb’s behaviour is, “fuelling the fire.”

Roll on Arlington – this could get wild!