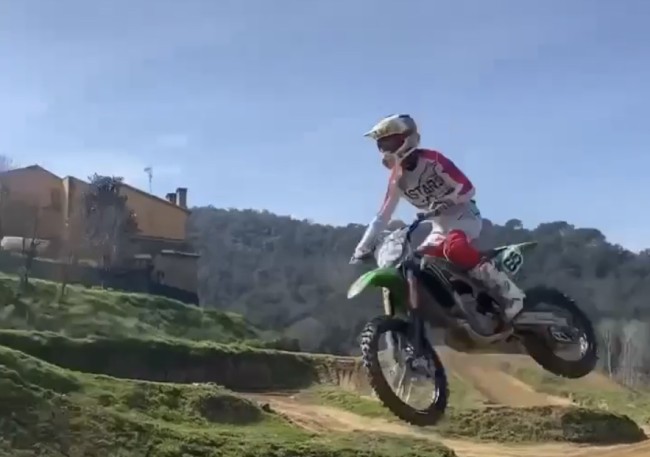 Despite no WSB racing until the end of May, six-time World Superbike champion, Jonathan Rea, is still doing his usual motocross getaway in Spain to kickstart his preparations for his world title defense on the short circuits.

Like Andrea Dovizioso and Jack Miller, Rea still has a big passion for motocross and, as you can see, the former British schoolboy motocross champion is still very in tune with a dirt bike! It would be nice to see him compete in an Irish championship or maybe even a British motocross championship round given his still obvious talent on the dirt, if the calendars didn’t conflict.

You can see Andrea Dovizioso (who is racing MX full-time this season) and Jack Miller in action below – but would they beat Rea on a motocross bike?