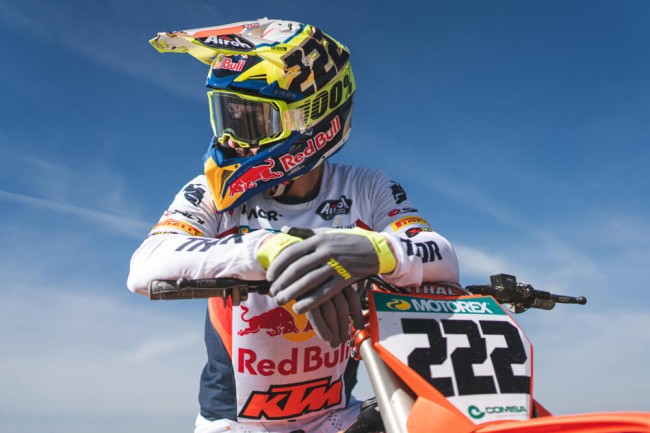 The confirmation that Antonio Cairoli is racing the opening rounds of the 450 US Motocross series is fantastic for the fans and certainly adds an extra splash of excitement to the American series. There is still an element of “where would Tony be” if he was racing the 2022 MXGP series and there is no doubt his presence has been missed along with the injured duo of Jeffrey Herlings and Romain Febvre with Tim Gajser having things relatively his own way so far in 2022.

MXGP’s loss is AMA motocross’ gain with the nine time world champ and one of the sports GOAT’s now getting to show his skill level to an American audience who, historically, have not been as engaged in MXGP due to the level of their home series. Indeed Pit Beirer affirmed that it will be nice for the US fans to see the great Cairoli ride in person. “Tony is an icon and still an important part of our racing program and it feels like this is the least we can do to pay back all the wins, the titles and the stories he has made with us for over ten years. I think it will also be cool for the American motocross fans to see some of the special talent that made Tony one of the best riders in world championship history.”

Cairoli himself admitted he won’t be prepared to the level he would if he was racing the MXGP world championship but that he will take it serious and that he has been preparing for it: “It’s exciting to finally confirm that I will be racing in the U.S. To ride and race in America is something I always wanted to try. I like the look of the tracks. For me there is no pressure to perform and I’m not going there with the same preparation as I would have had for a world championship but I’m taking it seriously and would be looking for good results. I know this will generate some interest and it will be great to travel, see some friends and enjoy my time.”

It will be interesting to see what happens if Cairoli has a good start to the series, will he consider racing the full championship and, whisper it, be a title contender? It might just be another chance at winning major title number 10, even if the competition will be very tough and TC will have to adapt to a whole new way of racing and adapt to the tracks as a semi-retired racer against US riders on home soil. But maybe that is looking too far down the road and creating unrealistic expectations for a rider that hasn’t raced since November and is in his mid/late 30s. But honestly, Cairoli is that good he could surprise with his level if he is comfortable on the new bike and the new tracks. It’s a no lose situation for the 93-time Grand Prix winner.

In what is the 50th anniversay the Lucas Oil Pro Motocross series, the timing is perfect in getting to have one of the greatest ever to ride a dirt bike compete in the series, and, the next two weeks might also shine some light on whether Jeffrey Herlings will also join the series too for 2022.

With a lot of US based riders coming back from injury like Cianciarulo, and defending champ Ferrandis, the expected return of Roczen and the current from of Tomac, this season’s AMA motcross series will be one not to miss and it’s great to see Cairoli being able to live out one final dream of what has been a dream career for the sensational Italian and compete against the Americans in their back yard.

Maybe it will inspire a rider like Eli Tomac to do something similar in MXGP in his final year of racing?