Steve Dixon on a disappointing Indonesia for Mikkel Haarup 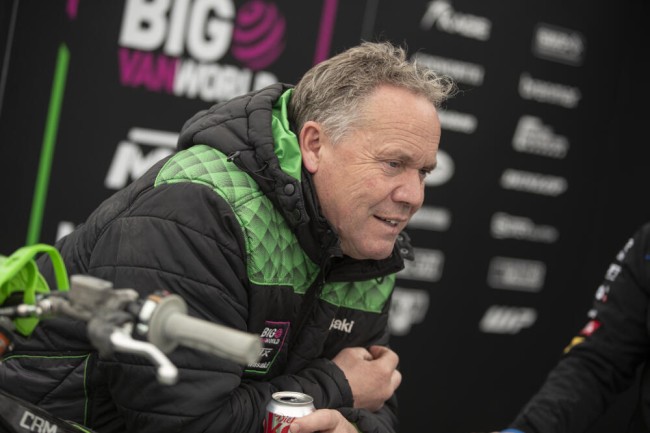 After travelling all the way to Indonesia for the Grand Prix of Samota-Sumbawa, things were looking promising as Haarup showed good speed around the track. The start of the misfortune began in the qualifying race as another rider landed on Mikkel, damaging the footrest. Although the team were able to repair it in time for a few more laps to get some track time, the Dane was left with last gate pick heading into Sunday.

Haarup was in fourth and closing in on a top-three position in race 1 when a mechanical issue forced him to retire. In race two haarup had just entered 5th place but the bike began slowing down, but he was able to bring the bike into the pits this time. It wasn’t until after the races and stripping down the engine that the issue was found, the data from here will have to be analysed and compared to Germany to see what was so different to normal to cause the issue.

The team will now regroup and prepare for the next round in Loket in a few weeks time.

“I was looking forward to this trip to build momentum in the championship after Mikkel’s podium in Germany. We normally have strong results at the fly-away races, but with Mikkel getting landed on in the Saturday qualifying race and getting a damaged left footrest meant we could only replace the assembly and get Mikkel out for a few quick laps for track knowledge.

We knew Mikkel had podium speed but unfortunately, we had an issue in both of Sunday’s GP races that did not enable him to finish the race. He was strong on the bike and in a good position in each race and passing well. I stripped the bikes after the races before we packed the crate as it does not get back till July 5th, the failures were both the same so we will have to look into the data and see why this track was so different from say Germany, and see what could have caused the issue.

It’s a tough mechanic sport but when you have something like this happen. It’s like a huge blow to the heart and I feel so sorry and gutted for Mikkel as I’m sure he was on for a podium, he put so much effort in and I’m sorry that he didn’t get the points he deserved. He pushed the bike back to us in Race 1 when many other riders would have left the bike on the ground; this was noted by many other teams of how respectful Mikkel is. Race 2 Mikkel could feel the same symptoms so he was able to ride back to the pit lane.

Although this has hurt our quest for 3rd in the Championship, we will go back and analyse the data and come back fighting at Loket.”

“I felt I had the speed for top-three this week but we had a few issues like when the guy jumped into me and damaged the footrest yesterday. I felt good on the bike all weekend; we were just very unfortunate.“