Stefan Everts on the MXGP title fight and Liam’s progress 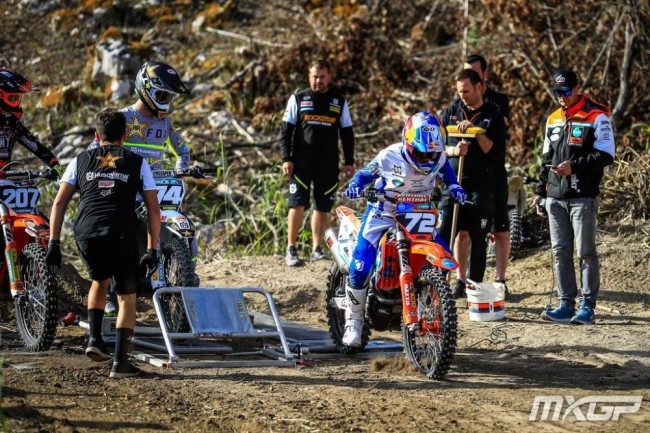 One man who knows all about high pressure World Championship drama is Stefan Everts who had his own battles with rivals, Smets, Bervoets, Albertyn, Pichon and especially Tortelli in 1998 when it came down to a very tense winner-takes-all scenario at the last round in Greece.

We caught up with the ten-time world champion to discuss the exhilarating MXGP season and how Herlings, Gajser and Febvre can handle the pressure going into these massive final two rounds.

“It’s the best season in decades, the battle between the three contenders – I can’t remember when it was last like this. It can only be good for the sport, to have one dominator only makes it boring and people lose interest,” assessed Everts.

On how to deal with this level of pressure Stefan says it’s difficult and references his own experience in 1998 and that duel with Tortelli: “When you got the stress inside you it’s hard to put it away from you.  How much I try to convince myself in the 1998 season it didn’t work, I had the stress inside me and I couldn’t get it out. The two crashes from Herlings show to me signs of stress, he rarely crashes normally. You can only be focused on the most important thing… ride the best lines and have the best momentum so that you perform at your best.”

Kawasaki tried to get Ryan Hughes over from the States in 98 to help Tortelli so what does Stefan think of Ruben Fernandez being moved into MXGP? “The chance will be small that Ruben will influence the racing but Honda will take every little % in consideration. At the end it comes down to TIM. If he wins 4 motos he will be champion and he doesn’t need help. That’s clear! And it’s the same for the other two.”

And what about Liam? The youngster was riding very well in Arco and was a lap away from a hard fought podium until a heavy crash ended his chances, so what does Stefan think of his season, watching that crash as a father and is he ready for MX2? “Very scary,” acknowledged Stefan on Liam getting kicked over the bars on a downhill at Arco. “Happy his crash didn’t hurt him. We have analysed his crash, talked things through about how to react when you have this kind of butt kicker. Yes, he keeps improving but little bit unlucky with missing several podiums this season. He was more mentally hurt than bodily (with the crash).

“Is he Ready for MX2? It’s going to be another learning year that’s for sure and put the expectations not to high. It’s Important to see nice progress during the whole season and be without injury.”