Interview: Maxime Renaux on winning a World title and his future 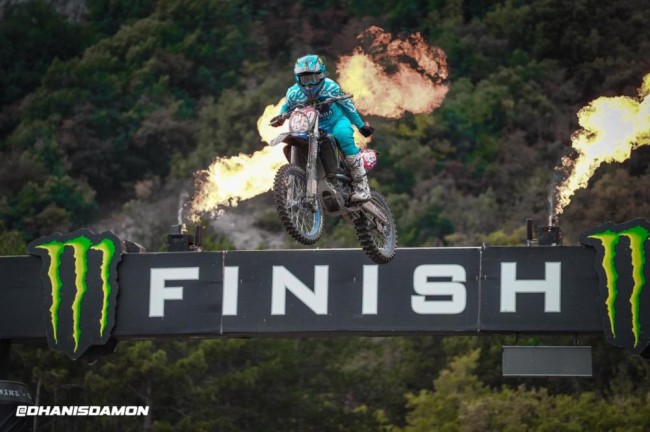 What a season it has been for Maxime Renaux and that was capped off as he clinched the MX2 World Championship title with still two rounds and four moto’s to go to show just how much he dominated this year.

The Factory Yamaha rider let his emotion out after winning at Arco di Trento 3 and we can’t forget he’s been through a lot as a rider. After multiple big injuries you could question whether he’d even make it to this level but he battled through it and came out stronger.

Marco Kamper caught up with Renaux to discuss his title, plans for the future and if we’ll see him make the move to MXGP in 2022.

GateDrop: Let’s jump right in, the first race, how were you feeling?

Renaux: It’s amazing, an amazing day. We had a really good GP actually. I struggled the first two GP’s (here at Arco di Trento). I had some good starts in both moto’s, I was six or seven in the first one and second in the second race. It was a great improvement compared to the last races, with a second and a first in the two moto’s to win the GP. It was so special to win the GP, with a moto win in the second race and get that title done at the same time. It was an emotional bomb, simply amazing.

GateDrop: The second race, Tom (Vialle) has been fast this season, had a minor injury which took him out for the championship, to take the world title, passing your fellow countryman and rival, what was that like?

Renaux: It means a lot to me. I just went for it. I felt less pressure on my shoulders, because we were getting closer and closer to the end of the championship. There was room for me to make a mistake, a small crash, so I just went for the moto win. I didn’t take any risks, I was riding clean and could make the pass cleanly. Taking the win by passing my biggest opponent was amazing.

GateDrop: Having Jago Geerts, a rider that has won before even in a dominant fashion, under the same tent, was that tough for you?

Renaux: No, actually not. I think it is good to have a strong team. We also hope for Jago to finish second in the championship, it’s the goal of the team, it would be the perfect season (to finish first and second as a team). I think the team is content about how the season is going so far. We grasped the title that Yamaha and the team were running after for so many years. Now it’s done. The focus is on the last two races. My goal is to win those last GP’s. Now I can ride pressure less and just enjoy the ride as much as possible.

GateDrop: Last year you were riding for a different team, how much different is the full factory bike to the bike you had last year?

Renaux: Last year I didn’t have the full factory suspension, I didn’t have the engine of this year, so both bikes are really different. The new bike helped me this year in getting some better starts. The bike just fits me so well this year and I felt really good on it. I didn’t make any changes to the bike the entire year. It was just nice to have my settings on point, so I don’t have to think about my settings, just about my riding.

GateDrop: Final question, any plans for next year?

Renaux: I haven’t discussed my plans with Yamaha, we were waiting for after the world title. This week we are going to think and speak about it. I cannot say much about it, because I was so focused on getting that title. Now I need to take a break, take some distance (mentally) from riding and championship to re-approach next season and my future career the best way and make the best decision as it’s important for my career.

GateDrop: Have you tested the (factory) 450 before?

GateDrop: So you think it suits your style?