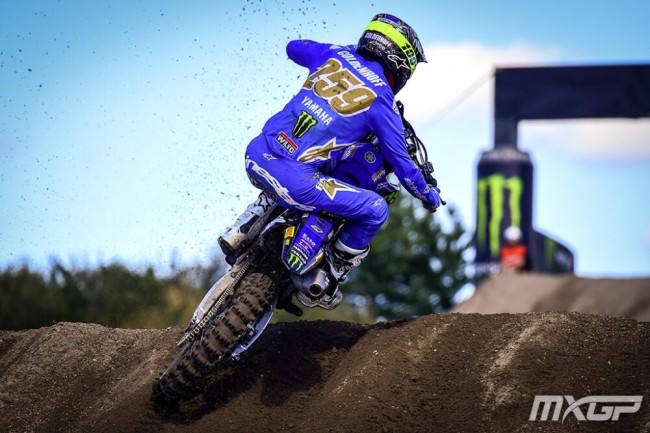 In the opening race, Romain Febvre took his first holeshot of the season but Brian Bogers who was fourth made his way past Seewer and Gajser on his opening lap and Febvre made a mistake which seen Bogers go to the lead.

Only a few seconds seperated Bogers and Febvre but then on lap six it all went wrong for the Kawasaki rider as he crashed twice! Glenn Coldenhoff had to deal with pressure from behind at times from Maxime Renaux but then pulled away towards the end of the race in a Dutch 1-2.

Bogers rode superb on his Standing Construct Husqvarna to take an impressive win in the rough sand. Febvre passed Gajser on the last lap to come home behind Jeremy Seewer in fifth.

The second MXGP moto had plenty of drama and it started with Glenn Coldenhoff having the early lead but with Romain Febvre over jumping and hit the Dutch talent – it was Febvre on the deck!

It was all about the factory Yamaha’s as they went 1-2-3, it was Seewer in second over Renaux. Bogers was looking good for a podium but then crashed and lost his podium! Van Doninck finished fourth ahead of Calvin Vlaanderen in the second moto to make it a Yamaha 1-2-3-4-5 – unreal for the bLU cRU.

Tim Gajser clinched his fifth world title with two rounds go – congrats to the Slovenian, what a career he has had so far and there’s even more to come! 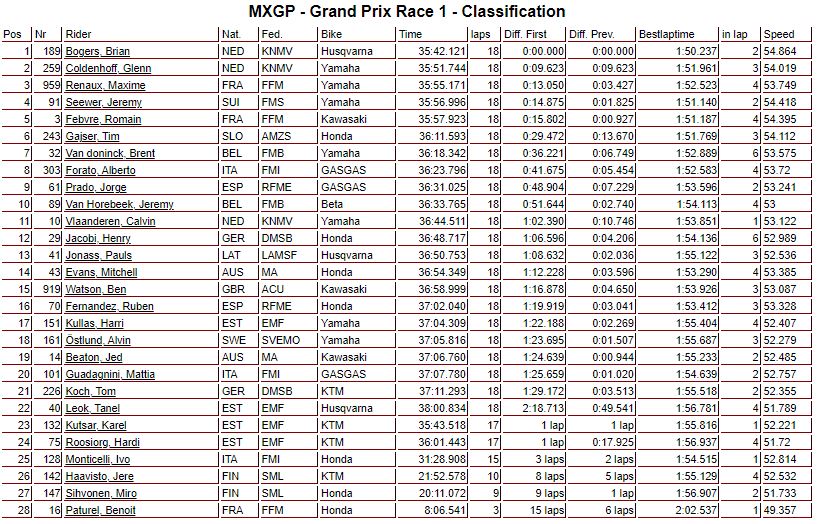 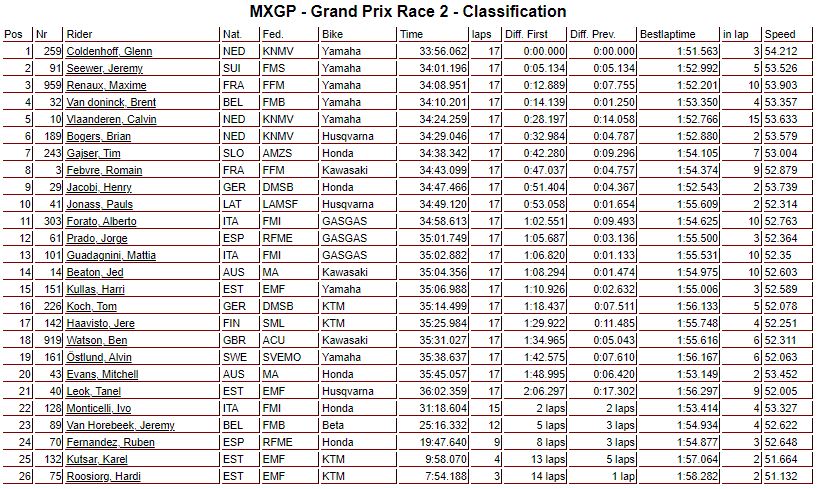 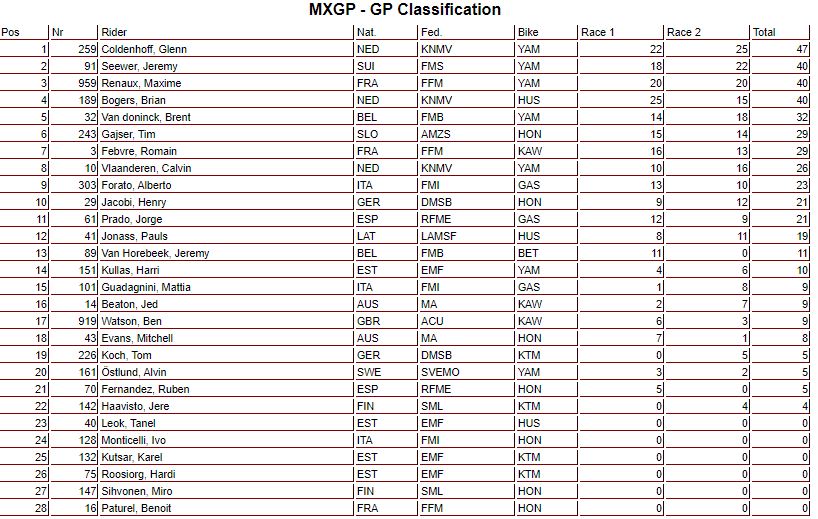 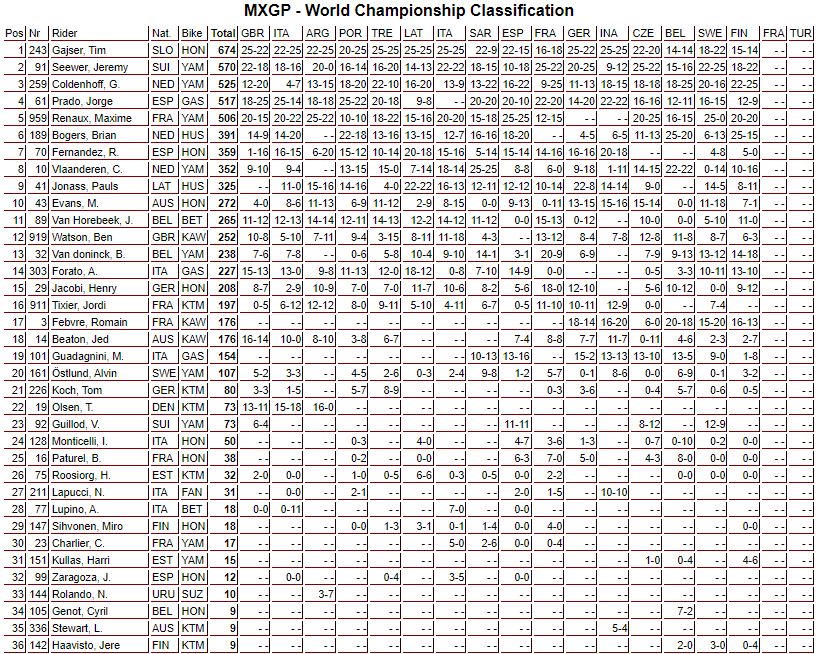