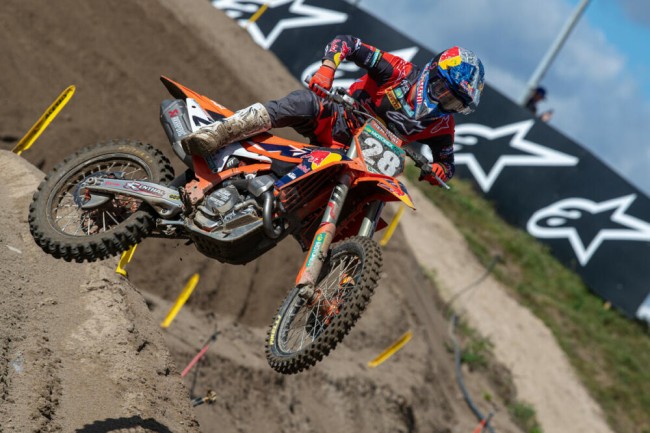 The first race was the Jago Geerts show! The Belgian took the holeshot with Tom Vialle right behind him with Geerts making a mistake over the waves which saw Vialle put in an aggressive pass on the opening lap. Geerts though had other ideas and passed him right back before pulling away to dominate.

De Wolf, Van de Moosdijk and Haarup were locked in three way battle for third with De Wolf getting the better of his team mate. Haarup looked to have fourth in the bag but then crashed on the very last lap and damaged his front break in the process to end up a frustrating eighth.

The second MX2 race was superb from start to finish… what a race! Jago Geerts was leading on the opening lap but then had a crash and got stuck under the bike – he was dead last when he got himself going!

At the front Roan van de Moosdijk was leading after a Vialle mistake and looking superb at the front. Dutch talent, Kay de Wolf was all over Vialle putting him under all sorts of pressure but just couldn’t figure out where to pass Vialle. With two laps to go, van de Moosdijk crashed out of the lead – what could have been!

It left a determined Vialle at the front with de Wolf all over him and in the end the French talent pulled off a superb race win!

Geerts took another crash after colliding with Mikkel Haarup coming through the pack before coming home in seventh.

There’s now just fifteen points between championship leader, Jago Geerts and Tom Vialle – with four moto’s to go there could still be a final twist! 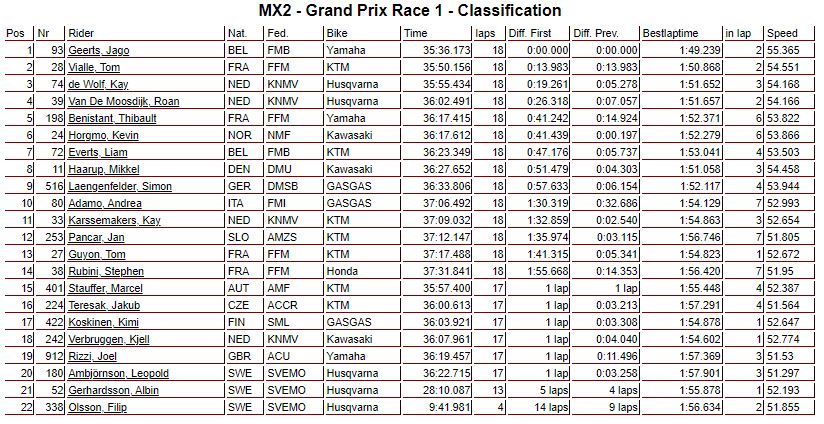 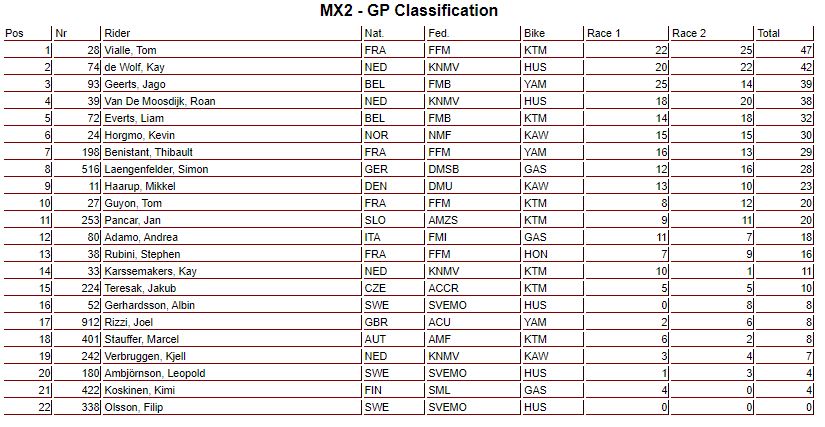 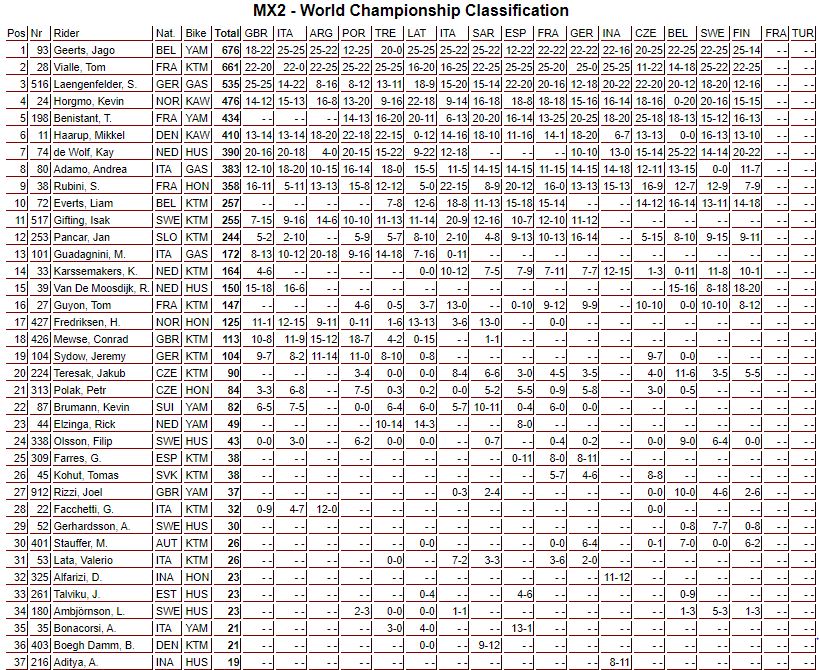