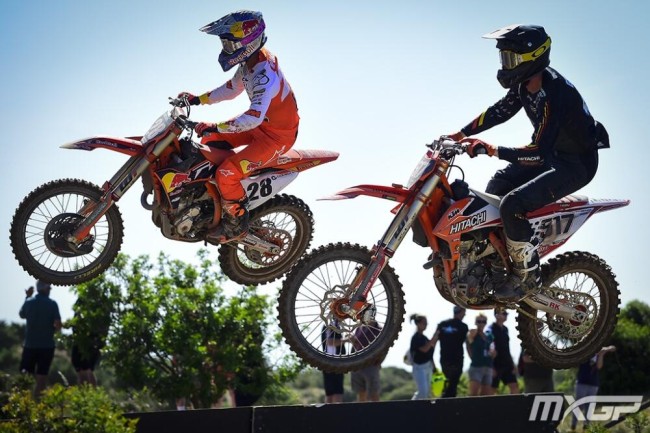 In the opening MX2 moto, Jago Geerts and Tom Vialle put on a masterclass of how to ride the rough and gnarly Riola sand – it was incredible to watch the pair in such brutal and hot conditions.

Geerts had the lead from the start after passing his teammate, Benistant on the opening lap but Vialle wasn’t hanging about and following quickly followed his way past.

Vialle was riding with a lot of intensity and tried to pressure the Belgian in what was a game of cat and mouse. On the final lap there wasn’t much to split the pair before Vialle had a small crash giving the win to Geerts but you have to credit them both for the incredible high pace – they were 40 seconds ahead of third!

Mikkel Haarup didn’t get the best of starts but worked his way up to fourth ahead of Kevin Horgmo who suffered from a small crash.

The second moto was another Tom Vialle and Jago Geerts showdown which came down to the final lap. Vialle made an early pass on Benistant to get into the lead while Geerts didn’t get the best of starts but by the end of lap two got his way into second.

The paid then pulled the pin at the front, Geerts was close all moto but just couldn’t make a move stick on the impressive Vialle. These conditions favor the Belgian but Vialle rode super well to take the overall and and keep the championship gap to six points – an exciting championship battle! 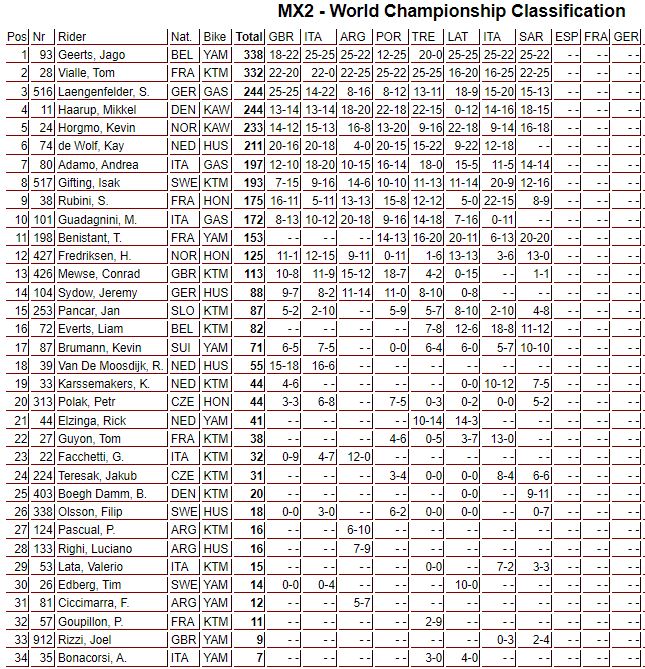