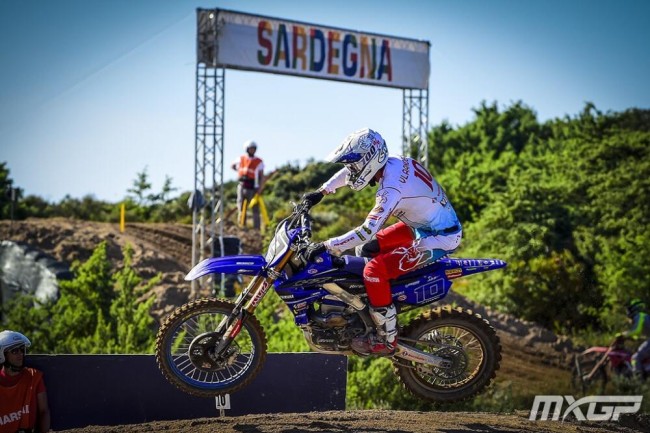 The first MXGP moto was the Calvin Vlaanderen show who was unbelievable on his Gebben van Venrooy Yamaha – you wouldn’t have thought that was the first MXGP win of his career! He didn’t get a good start as he was buried outside the top five on the first lap but quickly made passes and was then locked in a battle with Jonass and Seewer for third.

It took Vlaanderen a while but once he got into third he started to pull away and catch Gajser and Prado at the front. Prado and Gajser started to tire with the former just retuning from a shoulder injury and the latter riding through sickness but Vlaanderen kept putting in hot laps despite the gnarly conditions.

With three laps to go he closed right up to Gajser who had nothing for him and Vlaanderen pulled away to take a sublime victory – what a race!

Brian Bogers and Maxime Renaux were both buried on the first lap but rode well through the field to fifth and sixth respectively.

The second moto was the Calvin Vlaanderen show – it came even easier than the first race. A better start helped and then he made a few passes to simply dominate. A lot of riders will be glad to see the back of the brutal Riola circuit but Vlaanderen probably wishes he could ride these kind of conditions every week.

Behind him, Glenn Coldenhoff was much improved and passed Prado to finish a distant but good second spot to get himself back on the podium with third overall. Considering his recent injury, Prado will be happy with his day ending up second overall.

Tim Gajser was in sixth before a crash and then finished twelfth in what was a very difficult moto for the HRC Honda rider. 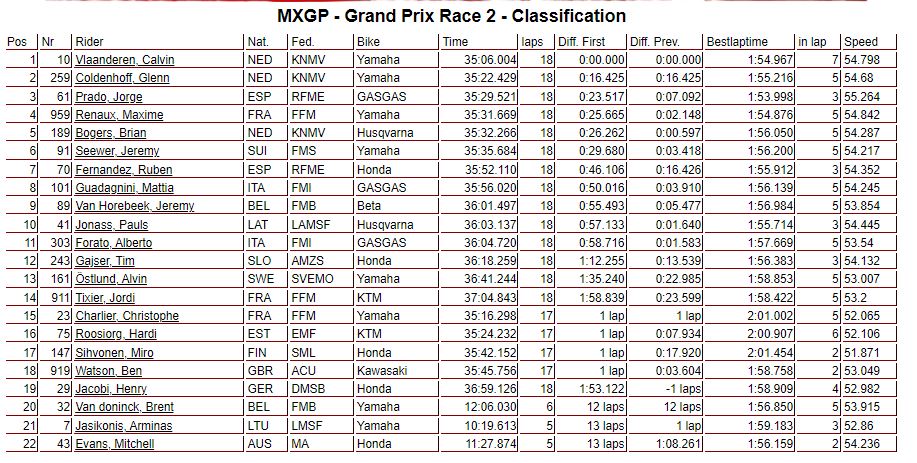 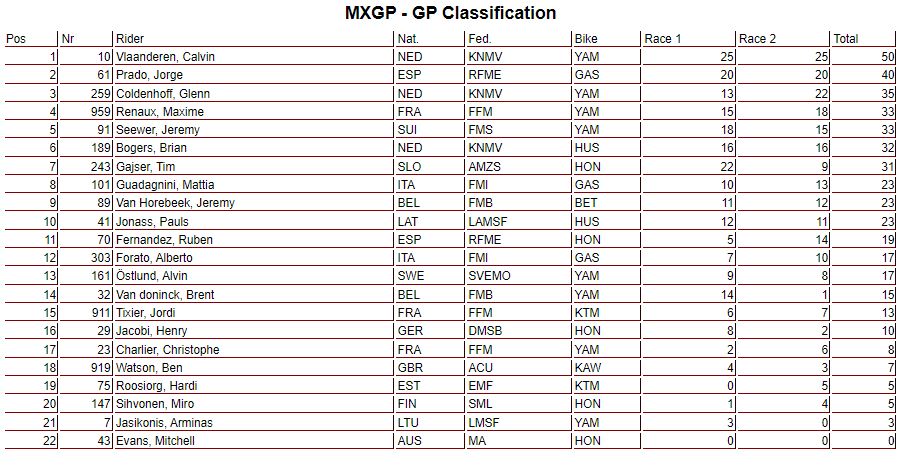 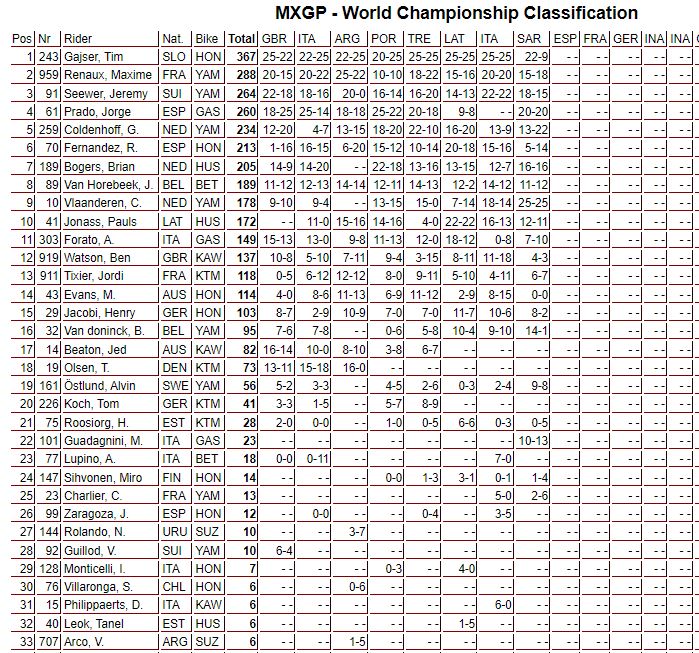