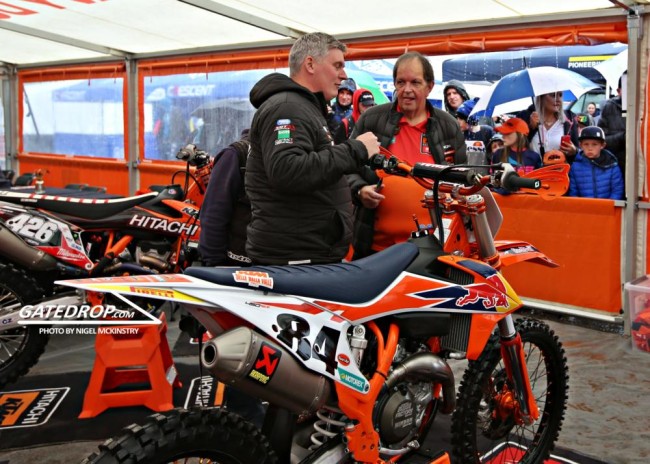 Roger Magee has been running a Grand Prix Motocross team for sixteen years now and things have been going really well for the Hitachi KTM fuelled by Milwaukee team.

Heading into the 2021 season there are big hopes for the team, especially in the MX2 World Championship as they have a strong rider line up in the form of Conrad Mewse and Bas Vaessen.

Magee who is the team owner is hoping to challenge for the World title in 2021 if everything goes as planned.

“We’ve won 12 British Championships, we’ve won several MXGP’s, we’ve had a number of podiums in MX2 and MXGP. The one thing that we haven’t done is win an MX2 GP overall so that would be target number one for this year which will hopefully happen sooner rather than later”.

“With Bas and Conrad, we do feel we have a genuine chance of the 2021 MX2 World Championship title, that said it’s never going to be easy against the factory teams. We are still a smaller satellite team but we have got the personnel and the riders now to carry it out now. What we need is that little bit of luck that any sportsperson needs. Once we have that, who knows what can happen. If you don’t dream big you will never achieve your goals, so we have to be right up there and say we are ready for this in 2021. That’s what drives myself, the sponsors, the mechanics and the riders to give their best so we will try to be on top of the pile at the end of the season”. 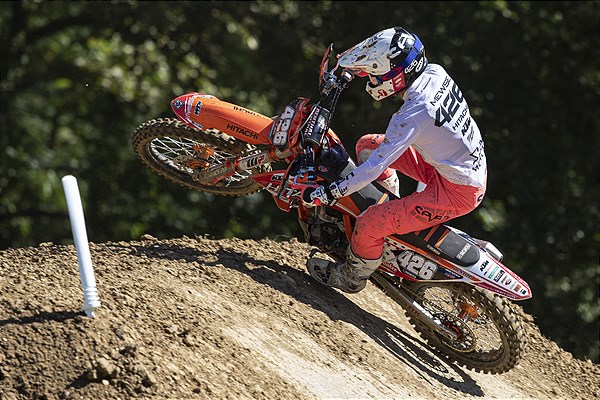 Bryan Connolly who is now managing the team after starting off as Graeme Irwin’s mechanic is also hoping for big things in 2021.

“The goal is obviously to go 1-2 in the British Championship in MX2 and for Adam the goal is to win the British Championship. In the GP’s, we just want to get one of them on the podium and to start we want top five results. Let’s start with top five results, get one of them on the podium and then take it from there. There’s no doubt that with the speed both of them have got that a win isn’t out of the question for either Conrad or Bas. We just need things to go our way as well I believe”.

“With Adam our goal is to start by going for the top fifteen and then just take it from there. Hopefully we can start knocking on the door for the top ten but there were a lot of guys missing this year. They’re going to be back next year but then again, a lot of guys went out too, so my expectation is top fifteen and to knock on the door for the top ten. Again, it’s all about the starts, there’s no lack of depth in that class, it’s just unbelievable at the minute. Just to score points is actually really really hard”.

“We also have Ethan Lane who raced for us on the 125cc last year, now he is EMX250 our goal in the beginning is just to qualify into the main races and build going forward he has a nice style and is not scared to work so will be nice to see what speed we can get out of him”.

Right now the team are in Spain putting in the hard work and preparations which are key for a successful season. There’s no doubt the riders have the talent to regularly run up at the front so 2021 promises to be a good year for the team..